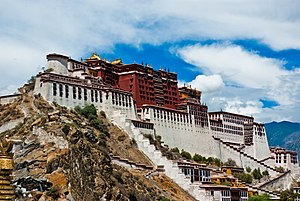 A ten-year-old regulation governing the appointment of Tibetan living Buddhas has named more than 60 incarnates and minimized struggles and cheating between different Buddhist sects and the families of young candidates for the position, say experts and recent reports.The State Administration for Religious Affairs (SARA) issued the regulation a decade ago on standardizing governance of living Buddhas' reincarnation. It has helped protect people's religious freedom, maintained the normal order of Tibetan Buddhism and helped to build a harmonious society, according to the SARA's official website.According to the regulation the succession of a living Buddha should be carried out under the guidance of Buddhist associations and religious groups and conform to religious ritual and historical convention. If there is conflict or controversy in the naming of an incarnate, China's Buddhist Association should report it to the SARA. The succession must be approved by departments of religious affairs or governments above municipal level.There were 1,300 approved living Buddhas in China, news site tibet.cn, reported in 2016.More than 60 living Buddhas were approved under the regulation and the Tibet government has completed the training and education of seven living Buddhas who are under the age of 16, the China News Service reported late last month."During the past ten years, every living Buddha's incarnate was found and approved according to the regulation, and is completely in accordance with the status quo of Tibetan Buddhism and Buddhists' wishes," said Dawa Tsering, a monk and president of the Buddhism Association of Shannan City of Tibet.The regulation has ensured the healthy development of Tibetan Buddhism and fulfilled Tibetan Buddhists' basic religious requirements, he added.
Religious requirement fulfilledChina also launched the Living Buddha inquiry system in 2016, in an effort to promote transparency and regulate reincarnation issues for Living Buddhas. The system, which can be found on SARA's official website, the Buddhist Association of China, and the news site tibet.cn, gives detailed information on Living Buddhas, including their photos, legal names, monastic titles, and links to religious schools, the Xinhua News Agency reported.As the first regulation on the reincarnation of living Buddhas since the founding of the People's Republic of China in 1949, the regulation has institutionalized the central government's management of the reincarnation of living Buddhas, and gives the government decisive rights on the matter, said Zhu Weiqun, chairman of the Chinese People's Political Consultative Conference's Ethnic and Religious Affairs Committee.The reincarnation of living Buddhas is a religious and politic issue as Buddhism impacts Tibet's society and politics and the central government must have a determining say in the matter, said Zhu. Traditionally, when a Living Buddha passes away, his underlings scout for his "incarnation" using wills, predictions or other clues such as dreams, divination, omens and celestial observations.Sometimes, there can be scores of candidates for a vacant living Buddha position which has led to disputes and cheating between families. "The rule has successfully prevented the Dalai Lama from using the reincarnation of living Buddha to conduct activities that threaten Tibetan Buddhism and national unity. Some Buddhist temples from some random area often appoint so-called 'living Buddhas' to serve their own purposes, and some people have been found to be using the guise of living Buddha to swindle followers," said Zhu.