Around 160 years ago, Britain's “Great Stink” – which emanated from the tons of human excrement that filled the Thames River – stalled Parliament for weeks, with the water-borne diseases killing hundreds, forcing the government to construct sewer lines. 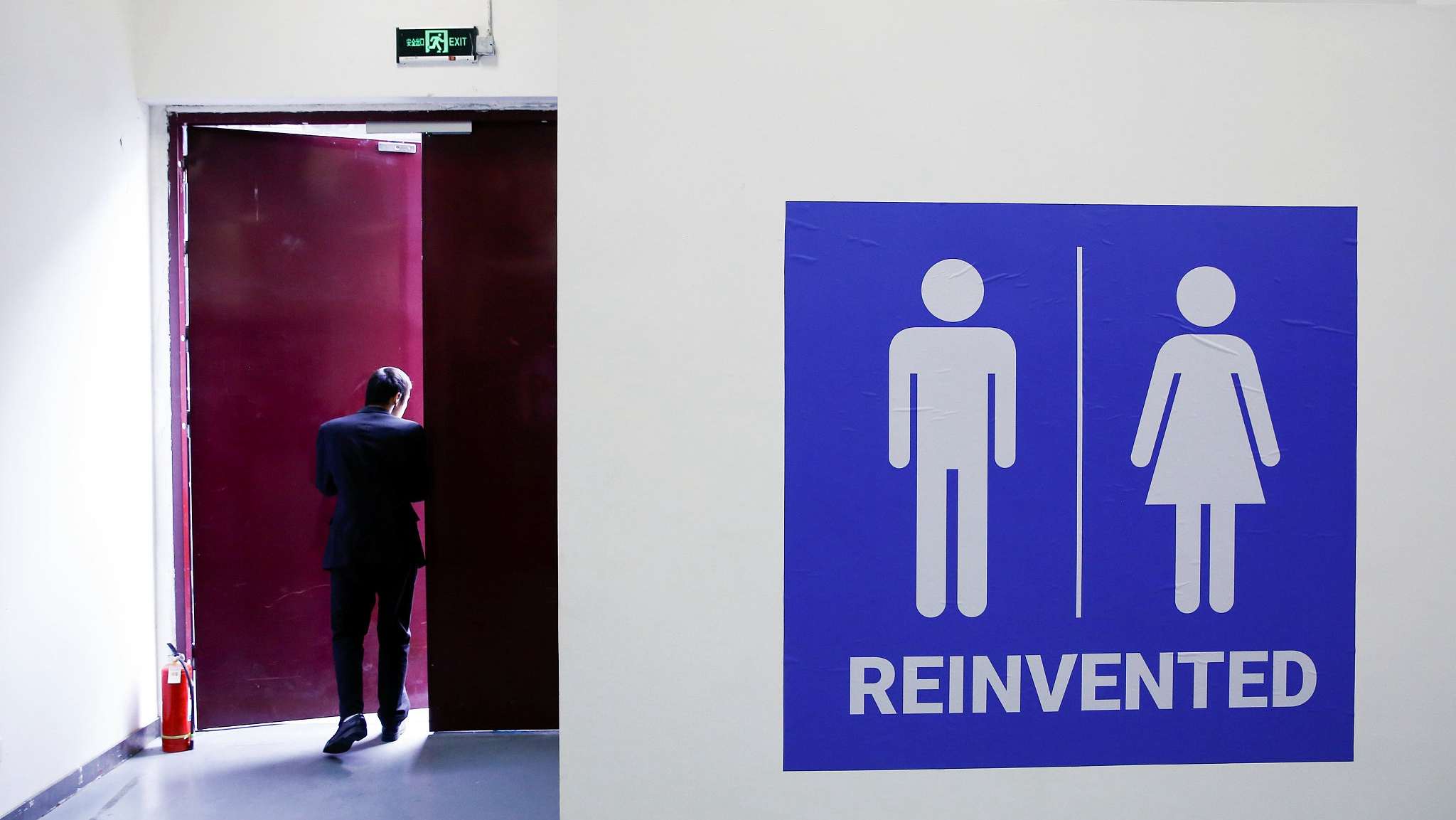 Today, far from solving the world's hygiene problems, the Victorian sewage system is often the cause of them. As adopted by many developing countries, they can be the source of contamination in bodies of water, as globally 62 percent of all fecal sludge remains untreated.

The untreated sludge enters ground water or ends up in local rivers and ponds, spreading infection at a fast rate.

Furthermore, the rapid rate of urbanization, coupled with a lack of technological innovation to find a replacement for water guzzling flush toilets, are also causing water scarcity.

But while these sewer problems present their own unique problems, the more basic pit toilets can be even worse. For developing countries, setting up sewer pipelines with expensive treatment plants is beyond their budgets. They are forced to promote dig-in pit latrines in poor regions, but these pits soon overflow and become a storehouse of bacteria and viruses.

The worst comes during floods, when fecal waste starts floating, spreading disease at an alarming rate.

Nearly 4.5 billion people – a figure which is more than half the world's population and mostly in developing countries – use unsafe sanitation. It spreads diarrhea, cholera and typhoid, which annually kill nearly 500,000 children under the age of five. This is more than AIDS, measles, and tuberculosis combined, according to the Global Burden of Disease report.

Recent estimates suggest that sanitation-related health care costs nearly 223 billion U.S. dollars every year.  India alone faces a loss of almost 100 billion U.S. dollars per annum – 5.2 percent of the country's GDP. For Bangladesh, it amounts to 2.4 percent of its GDP, Laos 3.2 percent, and Pakistan around three percent according to a 2016 calculation by The True Cost of Poor Sanitation.

But untreated sewer lines create even more harm as over 3,000 pharmaceuticals consumed by humans are discharged through urine, severely affecting aquatic life. It's one of the many factors contributing to antibiotic resistance among humans.

Lack of toilets: An opportunity in disguise

The top 10 countries with the largest proportion of their population without decent toilets are in sub-Saharan Africa. However, due to their large sizes India and China tops the chart for countries with the worst access to basic sanitation even though the vast majority of their citizens have access to toilets.

According to WaterAid's The State of the World's Toilets 2017 report, more than 75 percent of China has access to toilets. Since 1990, 593 million in China have gained access to improved sanitation, the Global Times report said. This still means 343 million people in China do not have access to toilets, something the government is keen to address. The figures for India are worse, with 732 million not having access to toilets.

“The toilet issue is no small thing, it's an important aspect of building civilized cities and countryside,” President Xi Jinping told Xinhua news agency while launching the revolution.

In the last decade, sanitation became a challenge with rapid urbanization in China. According to Ministry of Housing and Urban-Rural Development (MOHURD), in 2015, around 14.28 million tons of urban fecal sludge was collected. Nearly half, about 6.76 million tons were treated.

The China National Tourism Administration (CNTA) aimed at upgrading 25,000 public toilets and constructing 33,500 new ones between 2015-2017, as part of a three-year toilet plan, and nearly 95 percent of the target has already been achieved.

For rural areas, the country has set a goal of achieving a toilet retrofitting target of 85 percent by 2020 and 100 percent by 2030. A recent National Patriotic Health Campaign Committee (NPHCC) research campaign showed that nearly 25 million rural toilets were renovated at the cost of almost 1.3 billion U.S. dollars.

China is also experimenting with newly advanced toilets that kill pathogens and viruses from fecal waste, preventing the spread of diseases.

Some of these advanced toilets use technology to resolve human waste problems and include “omni-processors” which convert excreta into fertilizers and also kill pathogens. The processors have a combustion unit to burn the sludge and a water treatment facility.

A large number of companies have introduced solar panels for combustion, in a bid to keep these toilets off the grid. A few companies have also developed portable versions that can be installed in households and apartment complexes.

The EcoSan toilet which has been promoted in rural parts uses a waterless closed system that is based on the principle of recovering and recycling the nutrients from excreta. Once the sealed unit of the toilet is filled, it is closed for eight months, during which time the feces is convert into rich manure.

The manure can be used by farmers to replace synthetic fertilizers.

A series of technological innovations and government investments are turning the toilet sector into a profitable industry.

Last week, billionaire philanthropist Bill Gates said at a toilet expo in Beijing that, over seven years, the Bill and Melinda Gates Foundation had invested more than 200 million U.S. dollars towards developing a new generation of non-sewered sanitation technology.

“We estimate that by 2030, this will be a six billion US dollars a year global business opportunity,” he said.

Despite technological innovation and massive government funding to construct toilets, a section of experts feel that companies should get communities involved as the use of toilets differs from one place to the next, and so no single technology can resolve the global sanitation crisis.