Relatives of Rebiya Kadeer deny her claims of detention in Xinjiang

Rebiya Kadeer, a separatist from Northwest China's Xinjiang Uygur Autonomous Region who now lives in the US, claimed that 30 of her family members have been detained in Xinjiang.

Amnesty International issued a letter on July 15 claiming that up to 30 of Rebiya's relatives  have been "detained for nearly two years" in Xinjiang without trial.

However, Global Times reporters recently went to Xinjiang and visited some of Rebiya's relatives. They confirmed that none of her family members were detained for Rebiya's actions, and that they are living normal and happy lives. They also called on Rebiya not to spread rumors or disturb their peaceful lives.

Rebiya was sentenced to eight years in prison for endangering national security in 2000. She was released in 2005 on bail for medical treatment and went to the US the same year.

During her stay abroad, she colluded with overseas separatists, incited hatred and separatism, and organized terrorist activities targeting Xinjiang.

What she has done has not only jeopardized the country, but also brought harm to her family, according to her relatives. 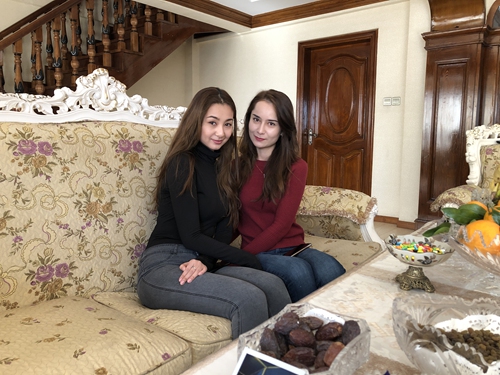 It has been more than 20 years since Rebiya's eldest son Kahar Abdurehim saw her mother in person. But he has occasionally heard her name from friends or TV news in regards to her statements of splitting the country and sowing hatred among different ethnic groups.

Kahar told the Global Times that before going to jail, Rebiya was a well-known entrepreneur in Xinjiang.

"She started from very small shops located in Erdaoqiao, Urumqi. Thanks to the country's favorable policies, her business went well and grew quickly. My mother's business success was greatly attributed to the country's beneficial policies," Kahar said.

He noted that his mother was busy with her business and did not take enough care of him and her other children. "She did not fulfill her responsibility as a mother."

He told the Global Times that the family kept contact with Rebiya years ago.

"She called to ask us about our lives in Xinjiang. We lived quite well. At Eid al-Fitr, we danced and sang with family and friends. We used to send photos and videos to her. She thought we lied to her but we really live a good life here."

Kahar said the family learned Rebiya visited Japan and went to the Yasukuni Shrine a few years ago.

"We called her and asked her, 'why did you visit war criminals who killed many Chinese? Why did you go to such a place?'"

He said that he has since stopped contacting Rebiya.

"I pulled out the phone line to avoid getting calls from her. I think she is using us for her own purposes. She has also been used by separatists overseas. She is over 70 years old. Without hyping Xinjiang issues, she might be useless to them," Kahar said.

Kahar said there are many deadly gun-related cases in the US. "Such things would never happen in Xinjiang. Xinjiang is very safe and there is no such thing as oppression of the Uygurs."

Although Rebiya keeps making remarks inciting separatism, Kahar said none of the family members have been implicated or subject to trouble. On the contrary, "the government offers help when we have difficulties."

To be honest, we feel ashamed and uneasy," he said, in reference to his mother's links to terrorism.

Aydidar Kahar, who is 23 years old, told the Global Times that her impression of her grandmother came from images on TV and relatives' accounts. "I used to ask, 'is this person my grandmother?' My parents told me that she went abroad and had gone astray," Aydidar said, noting that many of her classmates asked about her grandmother out of curiosity.

"I felt embarrassed with what she has done and did not want to mention her to others," she said. 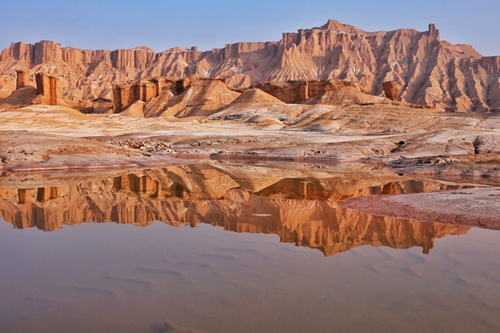 What Rebiya has done also harms her granddaughter Kedirye Keyser. "When things happened in 2009 in Urumqi, I was in high school," said Kedirye, recalling the July 5, 2009 riot. "I was depressed about what grandmother did and had to leave school for one year. I cooked and read books to help myself get over the period."

"She [Rebiya] constantly accused the Chinese government of engaging in Uygur cultural genocide. But we can sing Uygur songs and dance, as well as dress in traditional Uygur clothes. The schools offer favorable policies," Kedirye said.

Engineered by "East Turkestan" terrorists inside and outside of China, the July 5, 2009 riot caused 197 deaths and injured 1,700. A total of 331 stores and 1,325 vehicles were smashed and burned, and many public facilities were damaged, according to a white paper released by the State Council Information Office. Rebiya was believed to be involved in plotting the riots.

Like other girls her age, Aydidar likes watching TV programs. She is a big fan of Hong Kong actor Louis Koo. She told the Global Times that she currently watches the TV series "Why Women Kill."

She said that she would ask nothing from her future boyfriend except to be nice to her.

In response to Rebiya's remarks on Uygur people having no freedom in Xinjiang, Aydidar said "No one ever oppresses us. Freedom is to do what we like in accordance with laws. There was no freedom when some Xinjiang women were forced by people who were influenced by extremism to wear the burqa years ago. I hope grandmother can stop spreading rumors and disturbing our peaceful life."