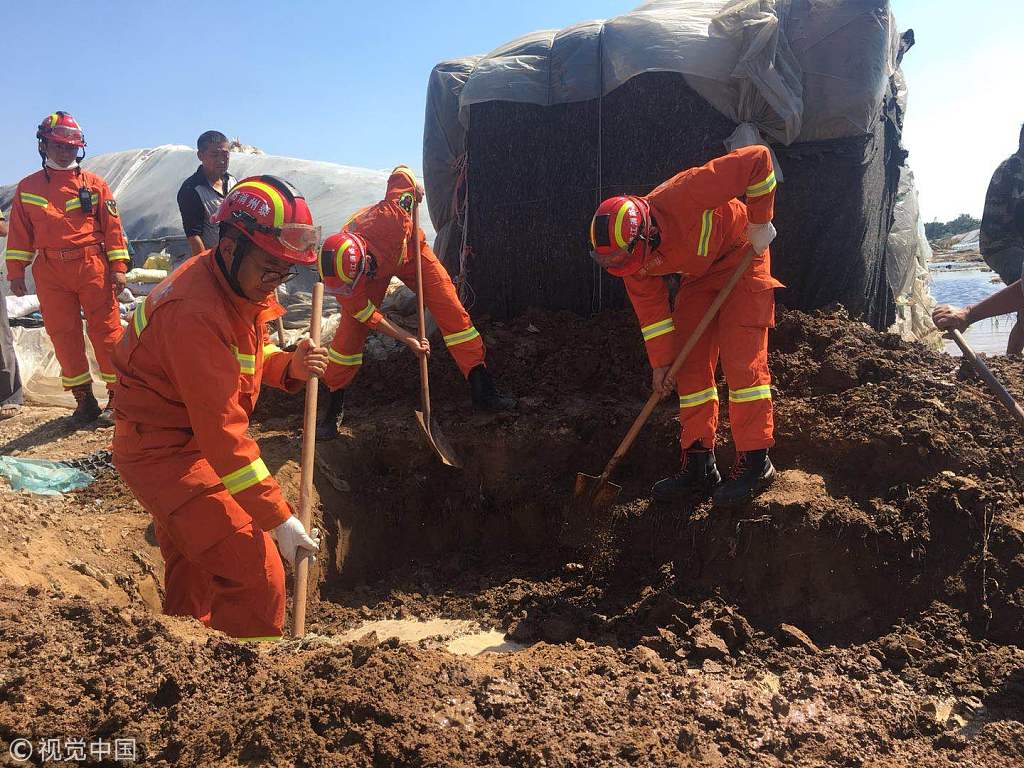 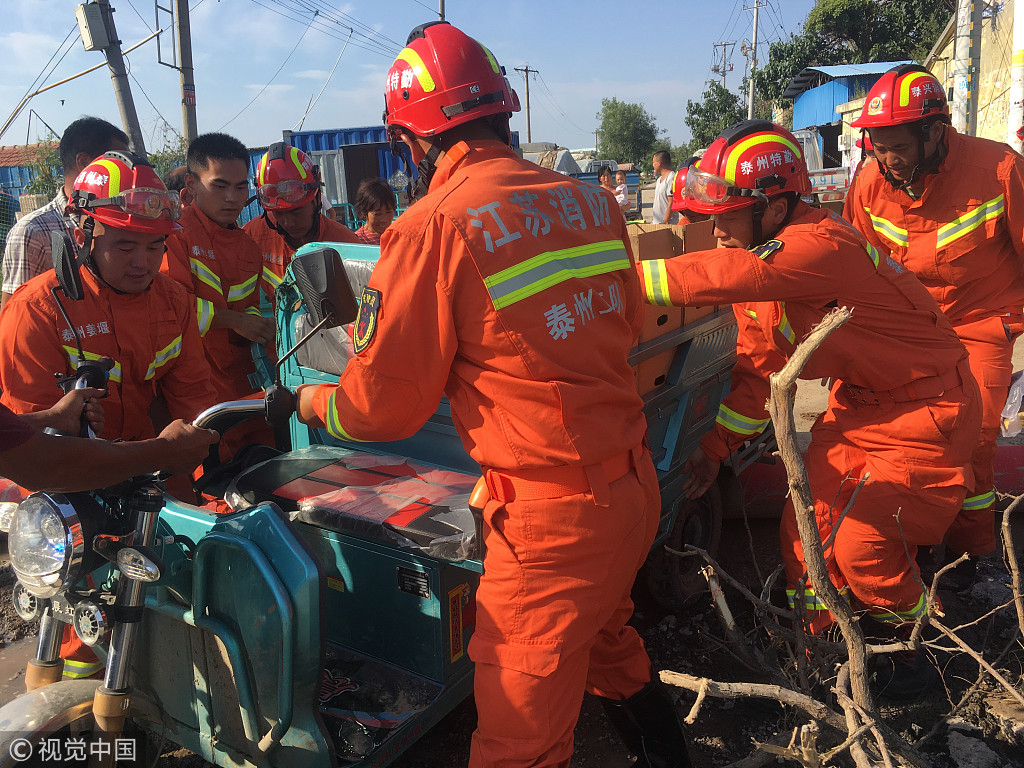 Seven days after flooding that typically occurs only once in several decades inundated farm houses and drowned large numbers of livestock, water up to 1 meter deep persists in Nanzhaike village, in Shouguang, Shandong Province. 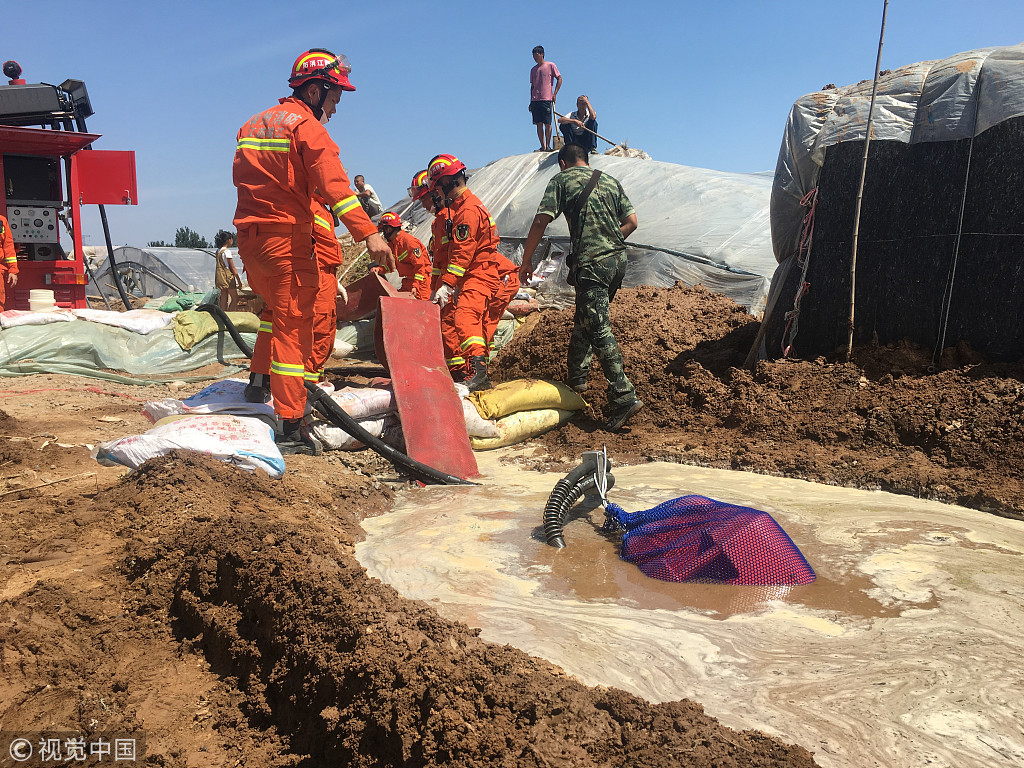 The disaster relief work was carried out in the disaster area of Shandong Weifang. 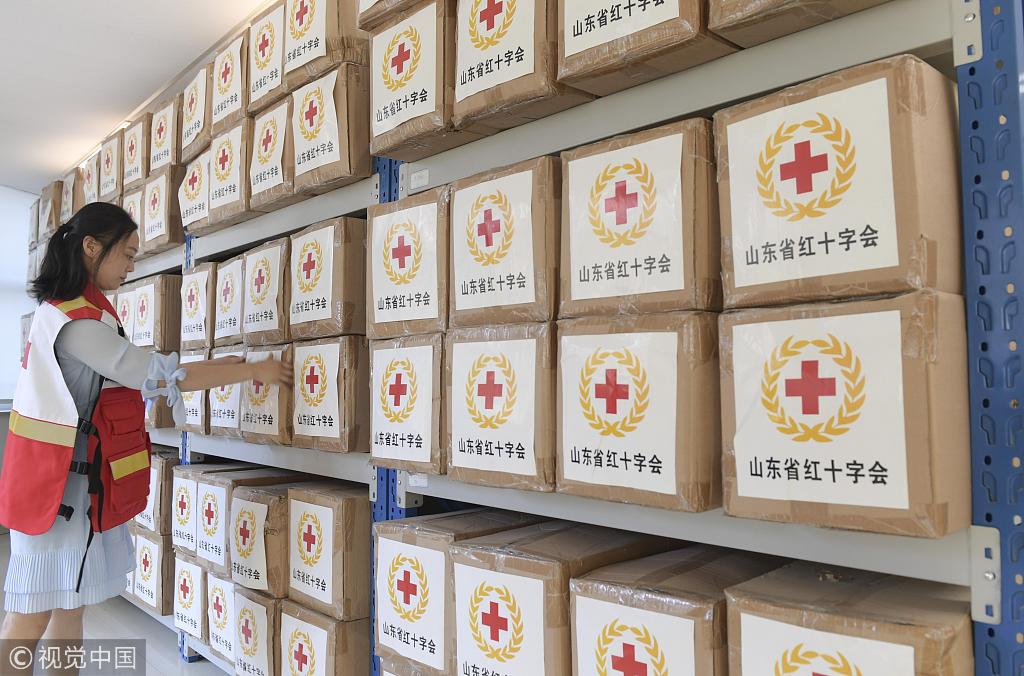 The fourth batch of relief materials from the Shandong Red Cross Society was loaded and unloaded in Jinan, East China's Shandong Province on August 27, 2018. 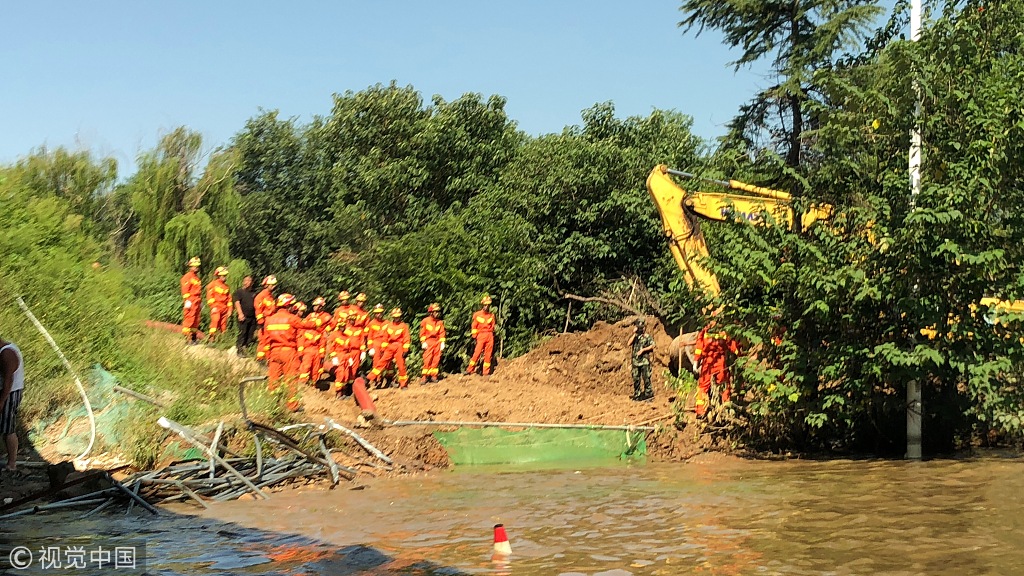 Shandong Red Cross has allocated more than 3.8 million yuan ($559,000) of relief supplies to the affected areas. 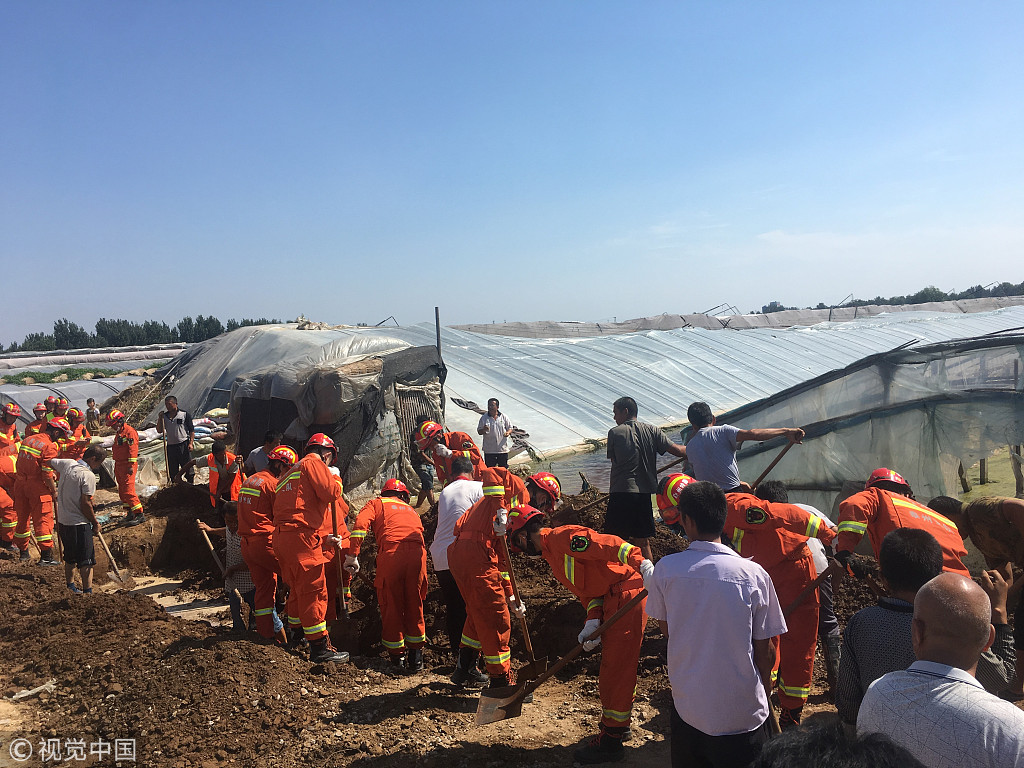 Homeless villagers are taking shelter at a primary school 4 kilometers away, with relief supplies－including bottled water, instant noodles and sausages－piled along the walls. 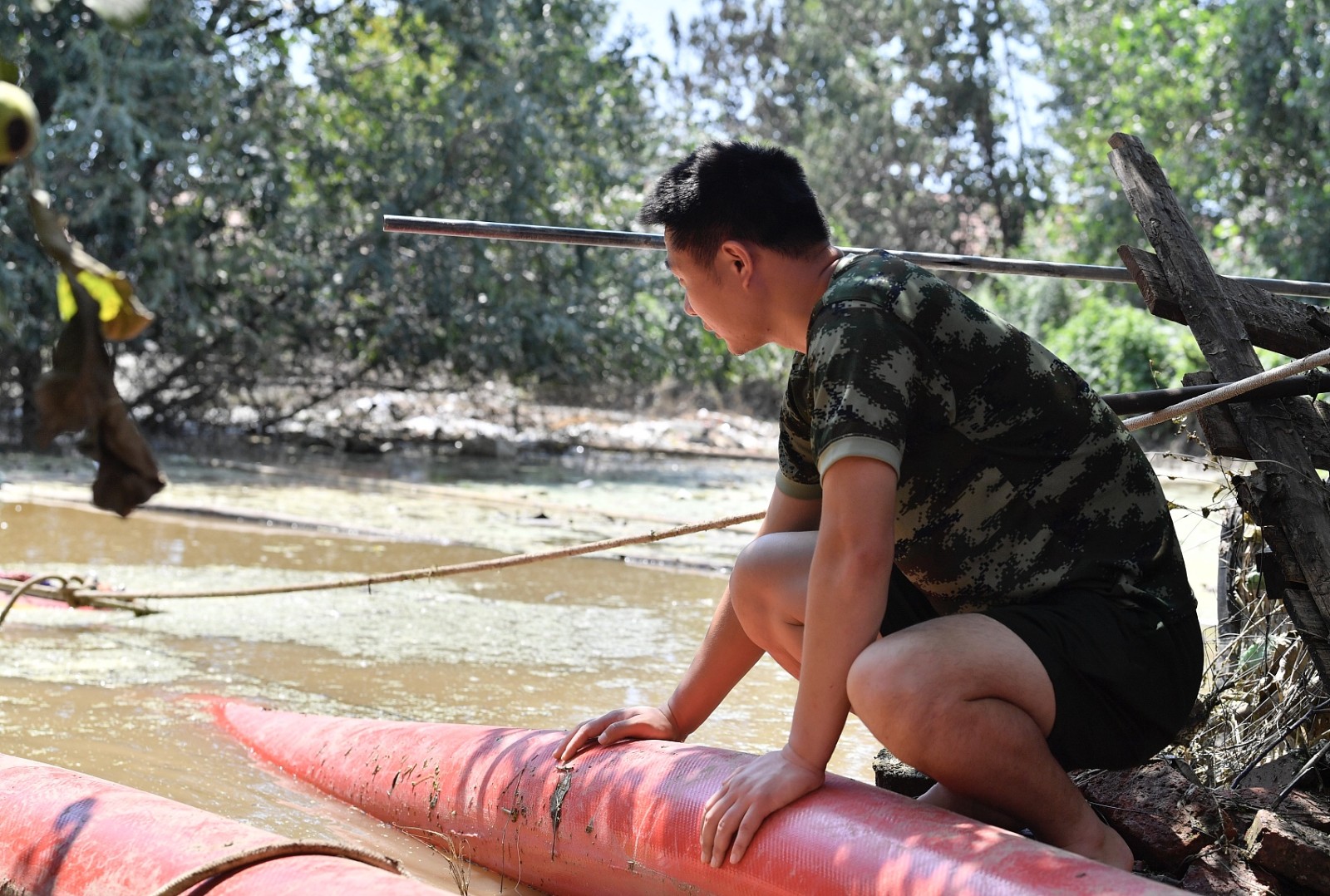 Shouguang has begun post-disaster relief work on Friday, focused on disease control and prevention after it was hit by the most severe flooding in over 40 years. 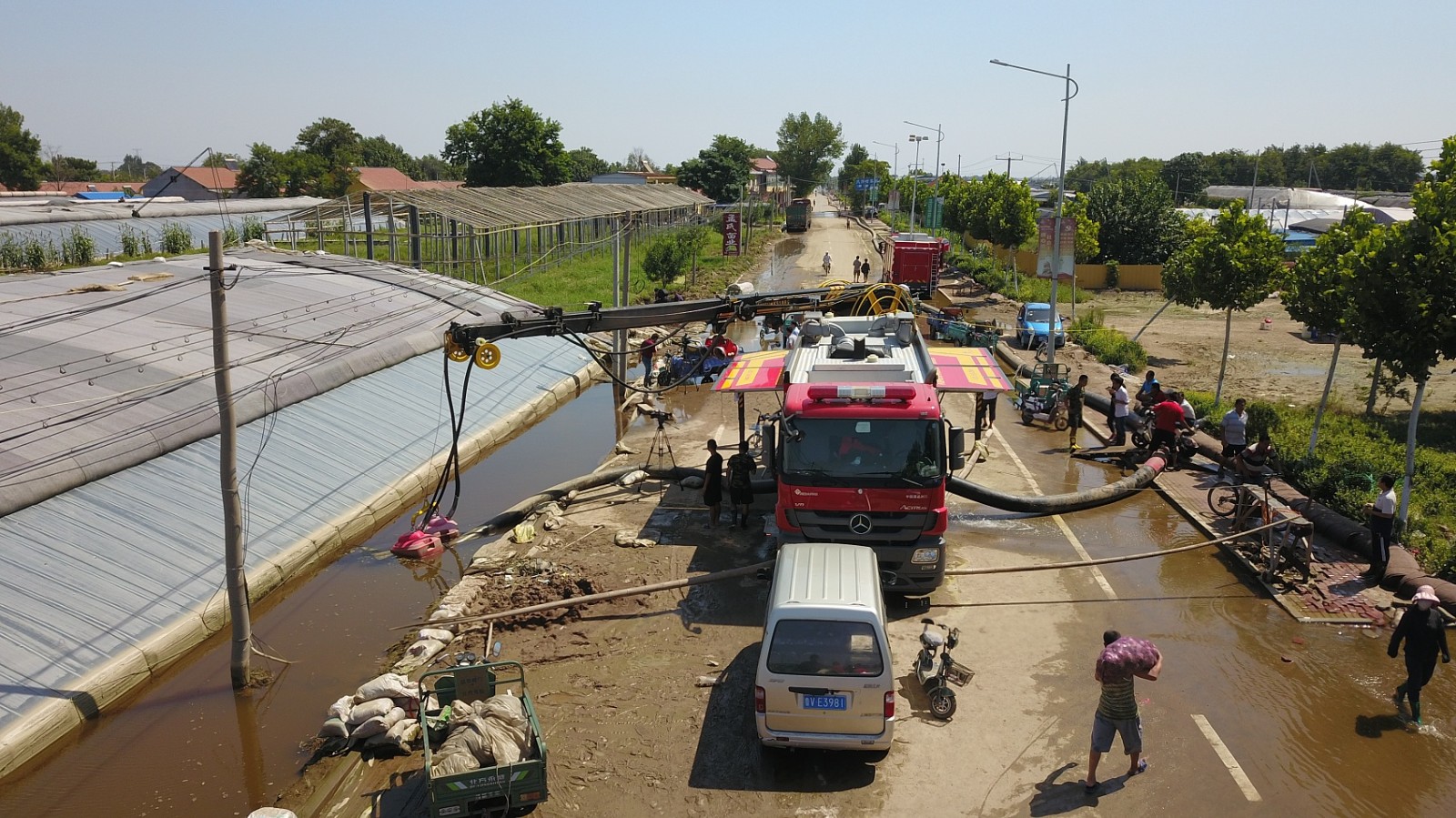 Shouguang is a county-level city under the jurisdiction of Weifang in East China's Shandong Province. 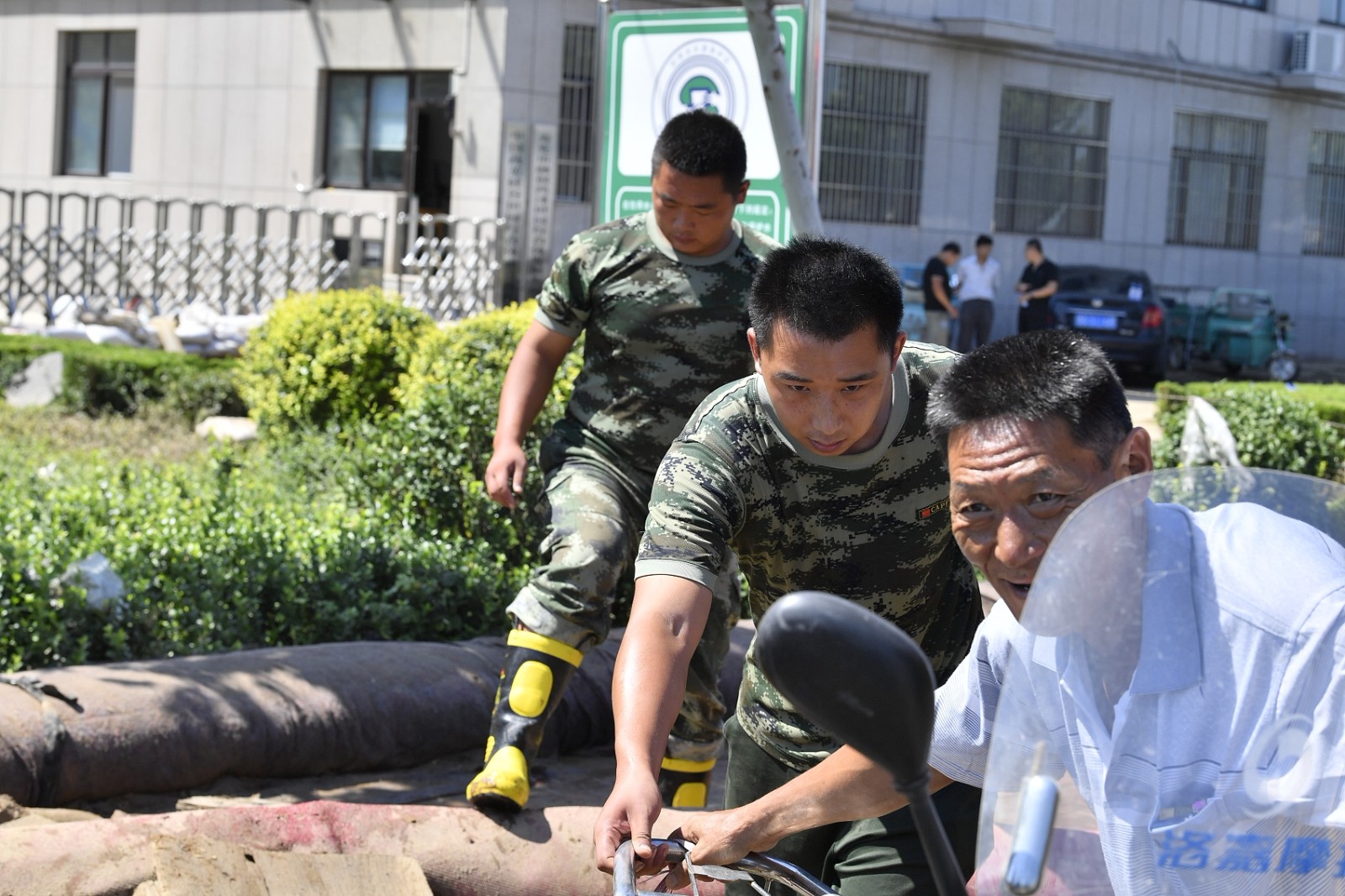