Relocated residents shake off past pain 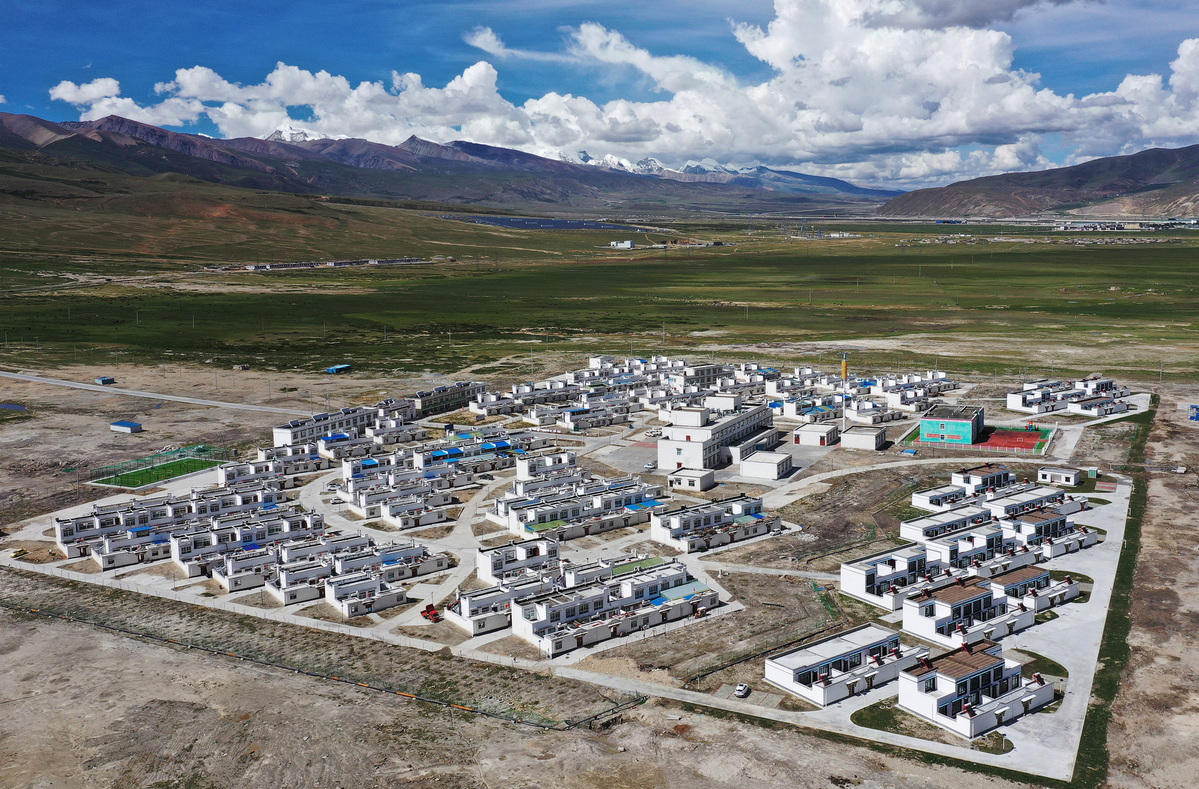 Three years ago, Dekyi Paldron, 36, a Party official in the Tibet autonomous region, was puzzled when 30 villagers who started work as loaders at a drinks factory in Lhasa returned home just one day after they took up their new jobs.

"When I first learned about the employment opportunity, I thought it was very suitable for our villagers, as there was no requirement for a college diploma," said Dekyi Paldron, who was appointed first Party secretary of Caiqutang village, Yangbajain town, Damxung county, in 2017.

She said the villagers returned from Lhasa so quickly because most of them used to be farmers and herdsmen accustomed to a simple life. They were unable to adapt to regular working hours.

"They were satisfied with the status quo and had no desire to pursue a better life," she said.

The village is a relocation area for residents from high-altitude areas of Tibet to ease their rheumatic pains and boost the local economy by using its hot spring facilities.

Two years ago, the situation began to change. Seeing neighboring villagers earning more than they were by taking different types of work, people in Caiqutang started to reassess their position.

As animal husbandry is practiced widely in Damxung county, Dekyi Paldron applied for a sheep fattening program for the Caiqutang villagers. By raising 2,250 sheep together, by the end of last year, every household had received payments ranging from 3,500 yuan to 8,000 yuan.

Using the area's hot spring resources, the project has attracted tens of thousands of domestic and overseas tourists and provided work for more than 50 villagers.

According to Wu Yingjie, the region's Party secretary, nearly 3,000 such projects have helped lift more than 238,000 people out of poverty and benefited over 840,000.

Last year, all Caiqutang villagers had escaped poverty and were earning an annual per capita net income of 17,000 yuan to 18,000 yuan.

In 2013, when the family was listed as an impoverished household, the couple and their two children were living at an altitude of 4,800 meters and relying on government subsidies of about 12,000 yuan a year as their only source of income.

Moving to Caiqutang entitles Tharkyi and other patients in the village to regular free treatment at the health recovery center, which was set up by doctors from the Tibet Autonomous Region Hospital of Traditional Tibetan Medicine.

Hot baths at home also helped ease Tharkyi's pain and she is now able to do some weaving work in the village.

Wangdrag, after taking a short-term training program jointly organized by local human resources and education authorities, works as a security guard at the village kindergarten, where he earns 2,000 yuan a month.

After the couple's children went to university, three of his sister's children, who had been left orphaned, came to live with him and his wife in Caiqutang.

"My hope now is that every member of our family enjoys good health," he said.