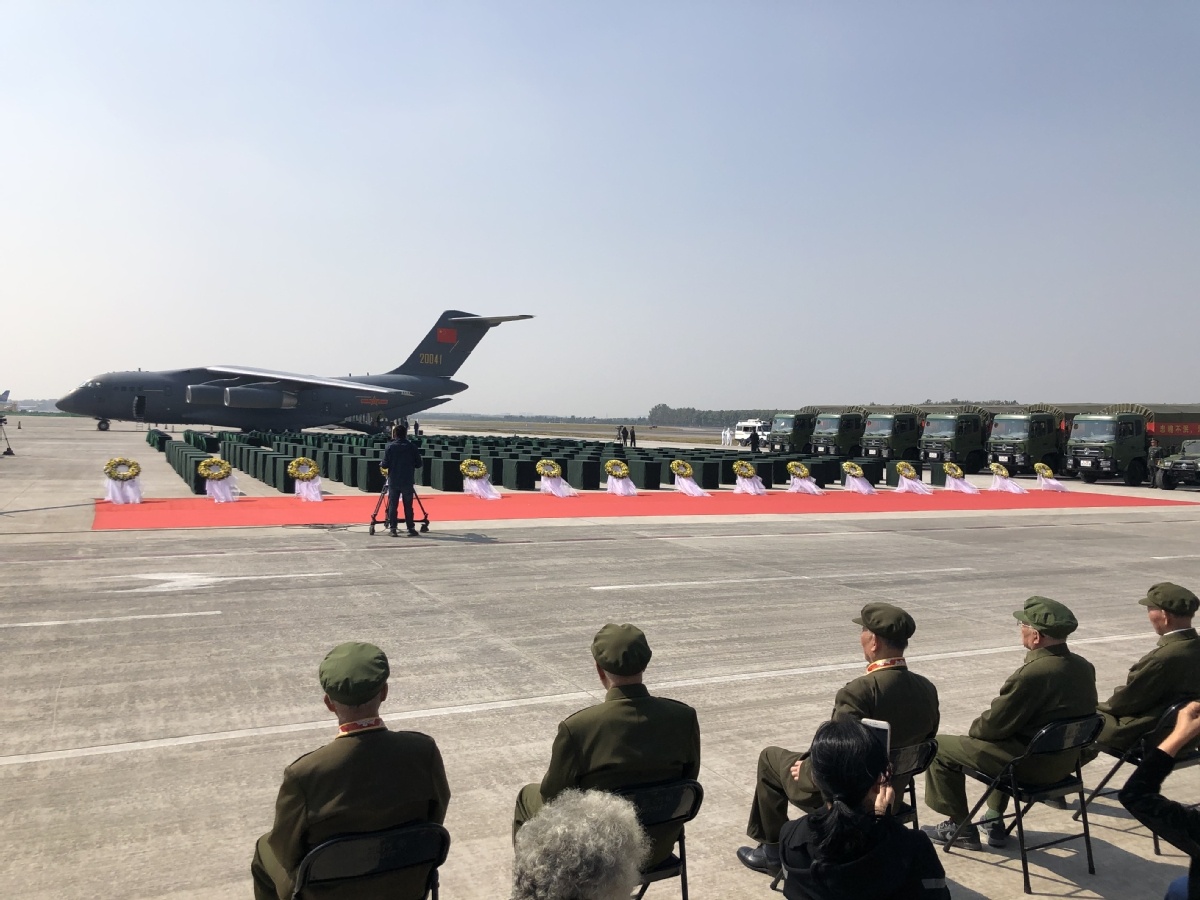 The remains of 117 Chinese People's Volunteers soldiers killed in the 1950-53 Korean War returned to China on Sunday on the eve of the Commemorative Day of Martyrs.

This is the seventh annual repatriation, following a handover agreement signed between China and the Republic of Korea, and also the largest since the initial return of 437 soldiers in 2014.Between 2014 and 2019, the remains of 599 soldiers were returned.

Earlier on Sunday, the ROK handed over the remains at a ceremony at Incheon airport outside Seoul. A Chinese military transport plane, escorted by two Chinese fighter jets, carried the remains and belongings of the fallen soldiers back and landed at Taoxian International Airport at 11:18 am in the northeastern Chinese city of Shenyang near the border of the Democratic People's Republic of Korea.

Y-20 aircraft, the largest and most advanced domestically developed transport aircraft, carried out the task for the first time. It was labeled with the serial number 01, as a mark of high respect for the martyrs.

Vice-Premier Sun Chunlan attended the ceremony along with CPV soldiers and citizens. China has never forgotten its fallen heroes and the contribution they made, Sun said in a speech.

Chinese people always remember the fighting spirit of defending the motherland, and China will remember the past and cherish peaceful international environment, Sun said.

Many local residents lined the roads to welcome the martyrs home and show their respect.

"As college student, we should keep history in mind and make due contributions to national construction while enjoying a happy and peaceful life, " said Zhang Boqun, who studies at Renmin University of China.

The remains will be buried in a martyrs' park in Shenyang on Monday. It is the resting place of all soldiers' remains returned by the ROK since 2014.

This year marks the 70th anniversary of the CPV's participation in the 1950-53 Korean War. A total of 2.9 million CPV soldiers entered the battlefield, and 197,653 of them were killed in the war.