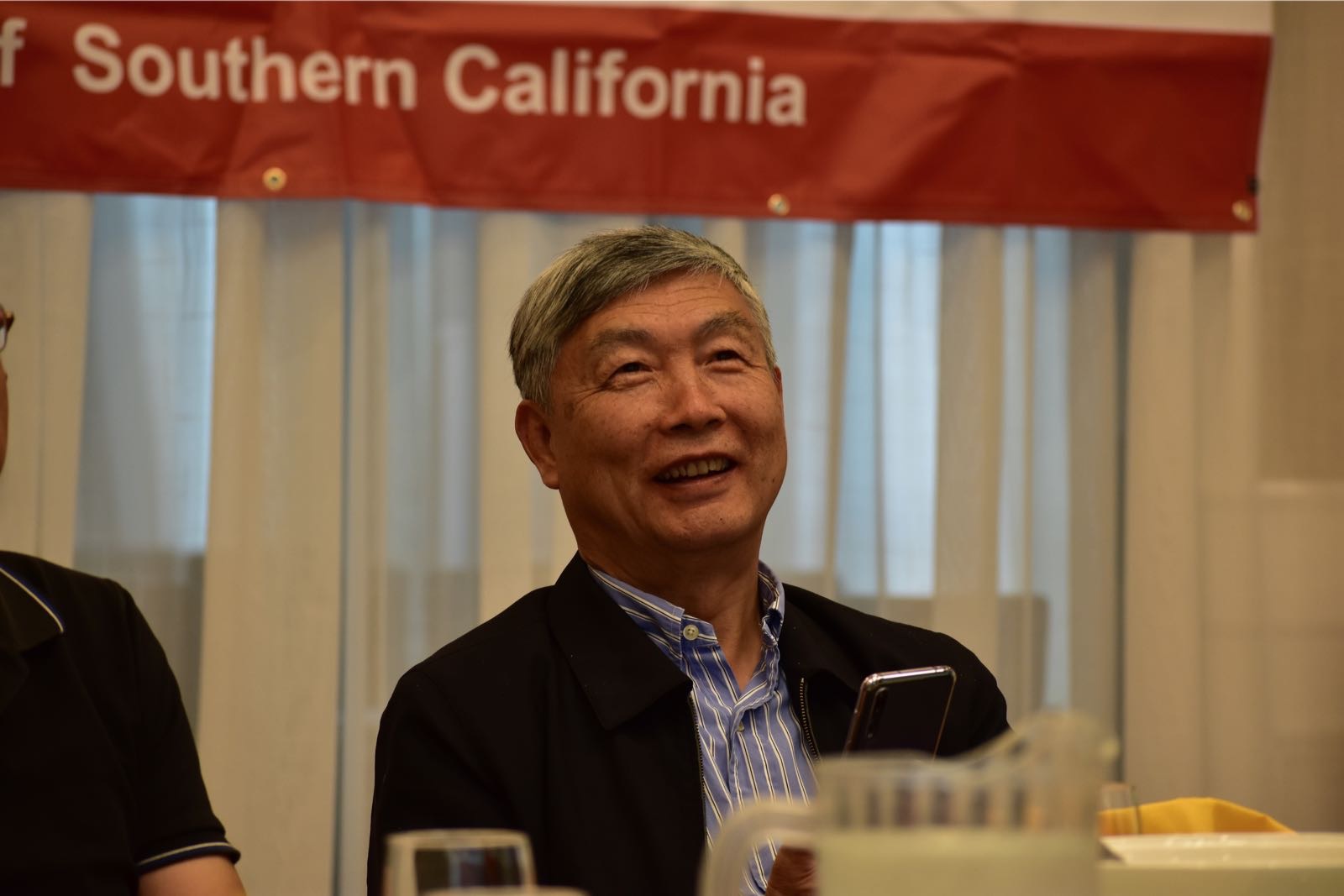 Los Angeles (People's Daily) -- Better known in China as “Uncle Root,” Academician Li Peigen, with the Chinese Academy of Engineering (CAE), recently visited Los Angeles where he shared his thoughts on innovation in the modern age of globalization.“Now more than ever innovation is China’s top priority regarding the country’s overall development,” said Li. He said that technological innovation requires a greater focus on “creating demand” rather than only tracking market demand.In 2005, Li served as president of Huazhong University of Science and Technology (HUST), a post he held for nine years. As a leading expert on China’s manufacturing industry and artificial intelligence technology, Li visited the University of Southern California (USC) and the University of California in Los Angeles (UCLA) during his trip to LA.HUST Alumni Association in Southern California (HUST-AASC) hosted a welcome ceremony for Li. Association leaders, including Chairman Shenming Liu, President Yong Chen, Executive Vice President Lei Wang, Director Xie Tuqiang, and dozens more were in attendance.While addressing HUST alumni, Li said there were two sources that fuel innovation, addressing market needs and creating demand. “Before market needs can be addressed, creating demand must come first,” he stressed.For China's scientific and technological sectors to better adapt to market demands, Li said a more down-to-earth approach is necessary. “Attention needs to be aimed directly at society as the opportunities are endless. Creating demand is often neglected, and very few are willing to sit down and figure it out,” he said.One of Li's favorite examples regarding the power and purpose of technology is Google’s shake-proof spoon, designed for those suffering from Parkinson’s disease. “The demand was already in place, and the invention itself embodies the very essence of what it means to focus great attention on improving the quality of life,” he said.Li also discussed how US scientists exploring possibilities on Mars as another example of how interest can serve as the driving impetus for innovation.Li urged caution as local governments have followed along too closely without realizing the bigger picture, and as a result, China has thousands of AI companies. “Fortunately, there are companies like Haier working on meaningful and innovative projects that address both sides of demand,” Li said.Li said that at the government level, a need exists to move beyond the traditional support measures of incremental progress where only innovation is tracked, but rather should step up and become innovation leaders by creating demand.HUST professor Li Bin, and Huang Peixian, special committee member with China’s Artificial Intelligence Society, accompanied Li during his visit and were also in attendance at the welcoming event. Founded in 2002, the HUST alumni group is a prominent Chinese organization with over 500 members. Throughout the year, the association hosts a range of symposiums, panel discussions, and other events aimed at strengthening contributions made within the field of science and community support efforts.On a final note, Li encouraged HUST alumni to continue making innovative breakthroughs in science and technology and said, “Drink water from the horizon and live side by side.”