CHINA Reopened Wuhan ready to tide over the epidemic

Reopened Wuhan ready to tide over the epidemic

As Wuhan embraces the first day of reopening on Wednesday since its lock down on January 23, spring in the city is also approaching and coinciding with the revival of virus-hit city. Wuhaners who have stayed at home for over two months can't wait to go outside to enjoy the sunlight. 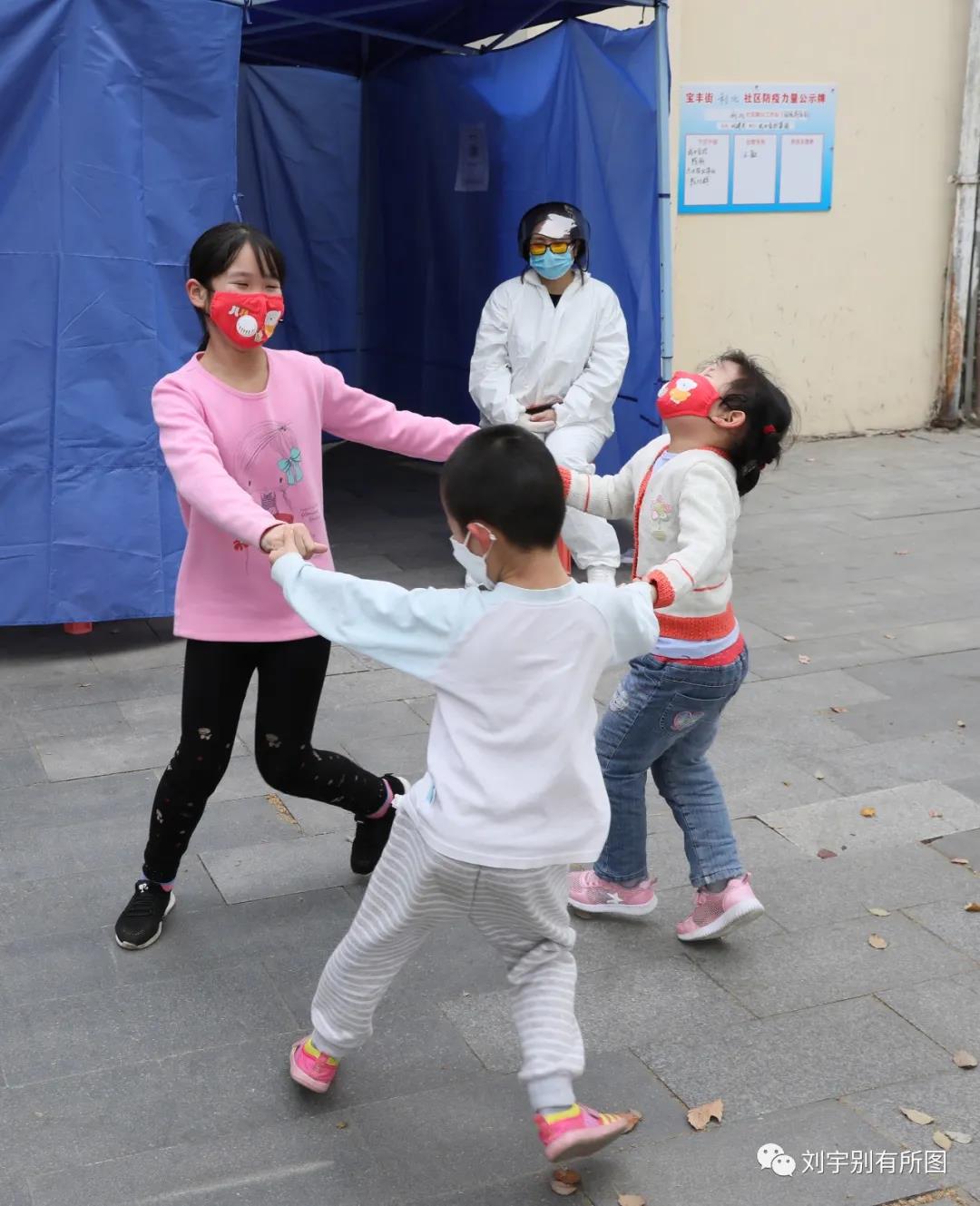 Liu Yu, a photo journalist from the Xinhua News Agency and the China Photographers Association, recalled his experience of taking pictures of farewell ceremonies, where local citizens waved goodbye to the medical teams supporting Hubei. Liu saw a 65-year-old man surnamed Wang holding the Chinese national flag at the balcony in his home.

Wang, a veteran, had long waited for the medics at the balcony since early in the morning as his home was located in the middle of two bases where medics aiding Hubei lived so he could watch them go in and out from the balcony. "I really respect the young people. The medics who joined the fight against SARS are now over 40 years old. This year, youngsters in their 20s were on the frontlines," said Wang.

Wang referred to the volunteers wearing protective suits as "little white" and thanked them for maintaining order in local communities. "The epidemic tests the will of the young. Those volunteers who led an easy life and relied on their parents now understand the meaning of taking care of the elderly," he added.

As the fleet of buses and motorcycles passed by, the man raised his right hand to pay tribute to the heroes. "I'll keep them in my mind forever," he said in tears. 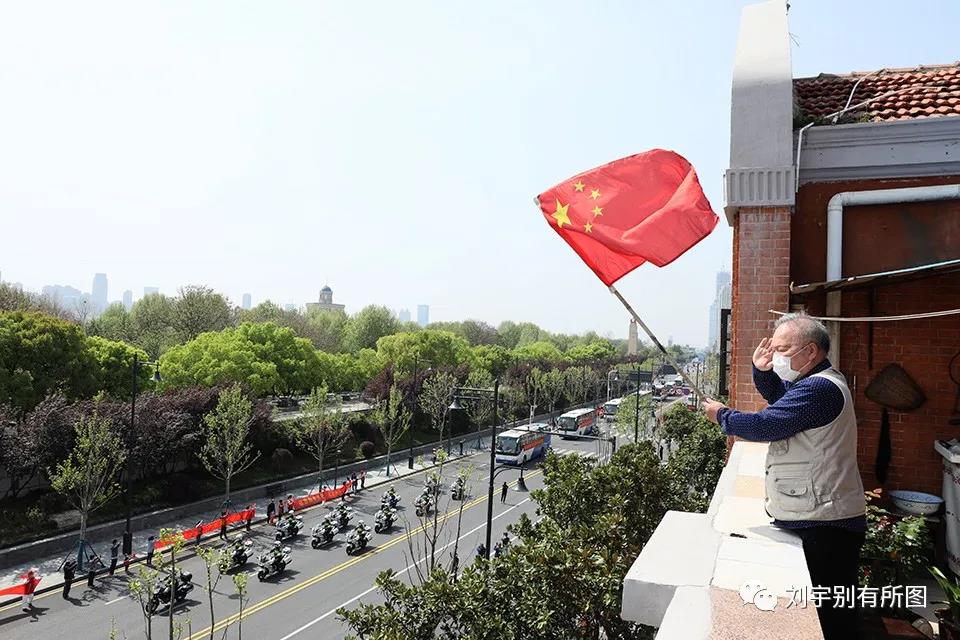 Wang said goodbye to the medics from Beijing Hospital supporting Hubei with a military salute.

Behind Wang's house are the old neighborhoods in Hankou District with the glamour of the ancient city. 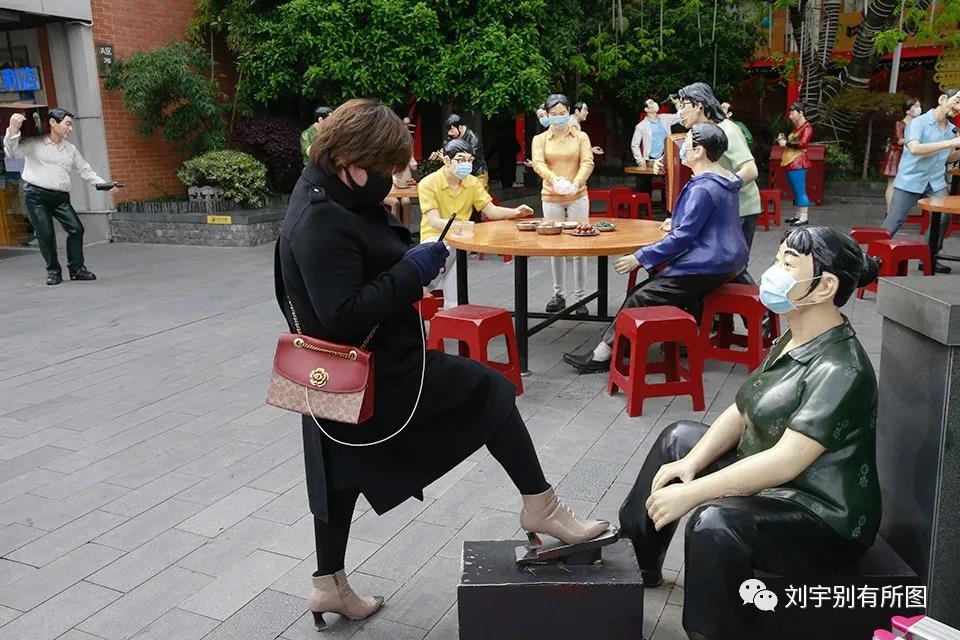 The photo shows a woman taking photos of some statues with masks on Jiqing Street.

Cailinji, a restaurant most famous for making hot dry noodles, a symbolic snack of the city was nearby. A 70-year-old man came a long way to buy noodles here but couldn't use mobile payment apps on his cellphone until others helped him. 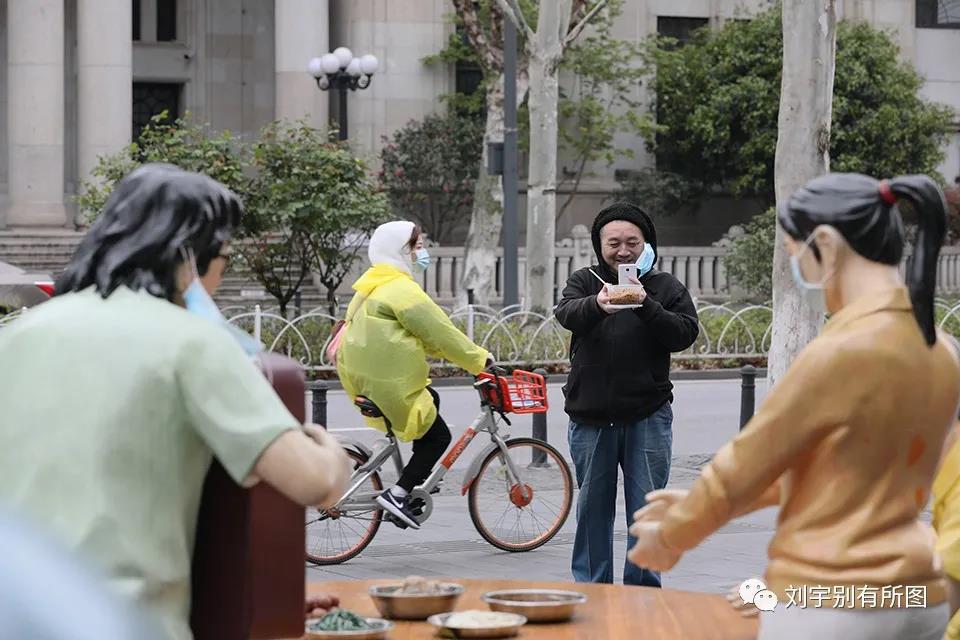 A local resident takes photos of the hot dry noodles. The photo shows another middle-aged man eating hot dry noodles beside the statues. 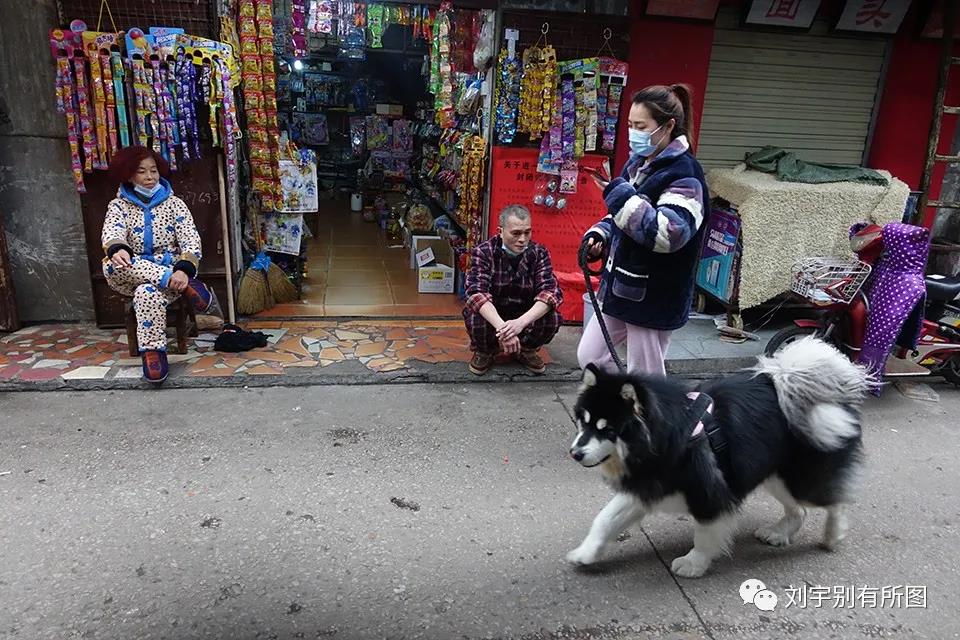 The photo shows a girl passing by a reopened store while walking her dog. 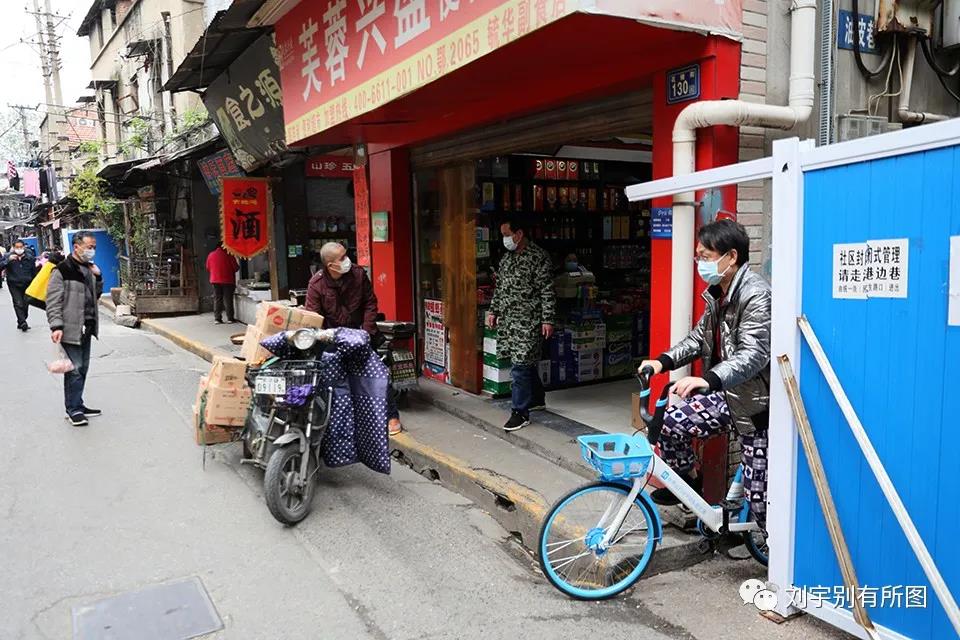 Though the walls set up for quarantine purposes are still there on the streets, the reopening of nearby stores and the echoes of the Wuhan dialect still bring the vitality of the city back. 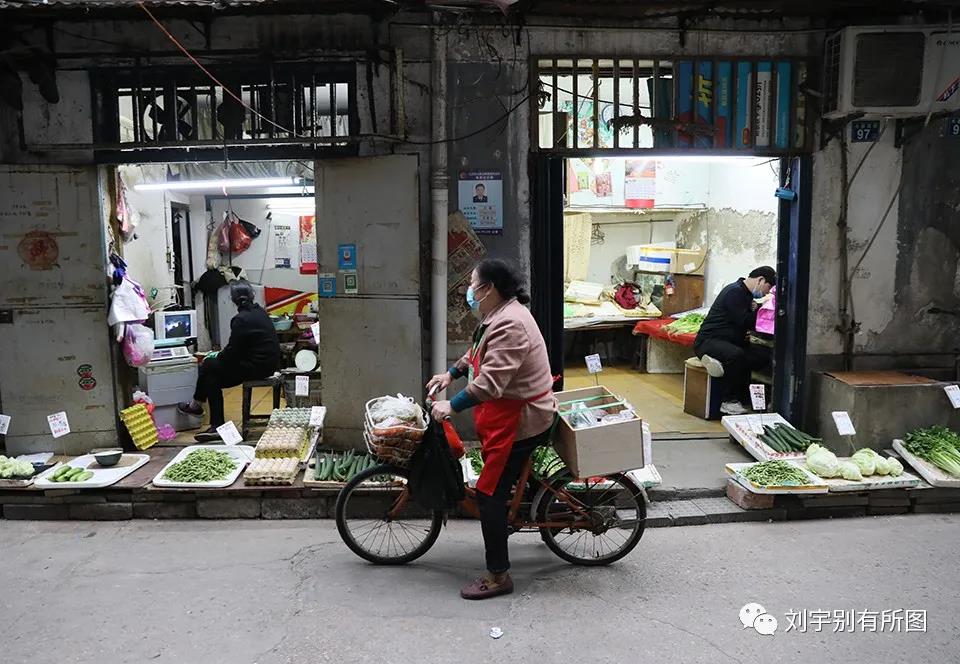 The photo shows a woman who sells pickles yelling on the streets for buyers.

Wuhaners especially those who are middle aged and seniors are fond of playing Chinese chess outdoors. With the reopening of the city, such familiar scenes reemerged. Locals told the photographer that summer in Wuhan was very hot. Without air conditioners and electric fans in the past, people slept on bamboo beds on the streets, therefore playing chess outdoors can be seen everywhere in the city. "Liu Dahua, a grand master of Chinese chess who won several national champions in the 1980s used to play the game on the streets in Wuhan," a local surnamed Yin said. 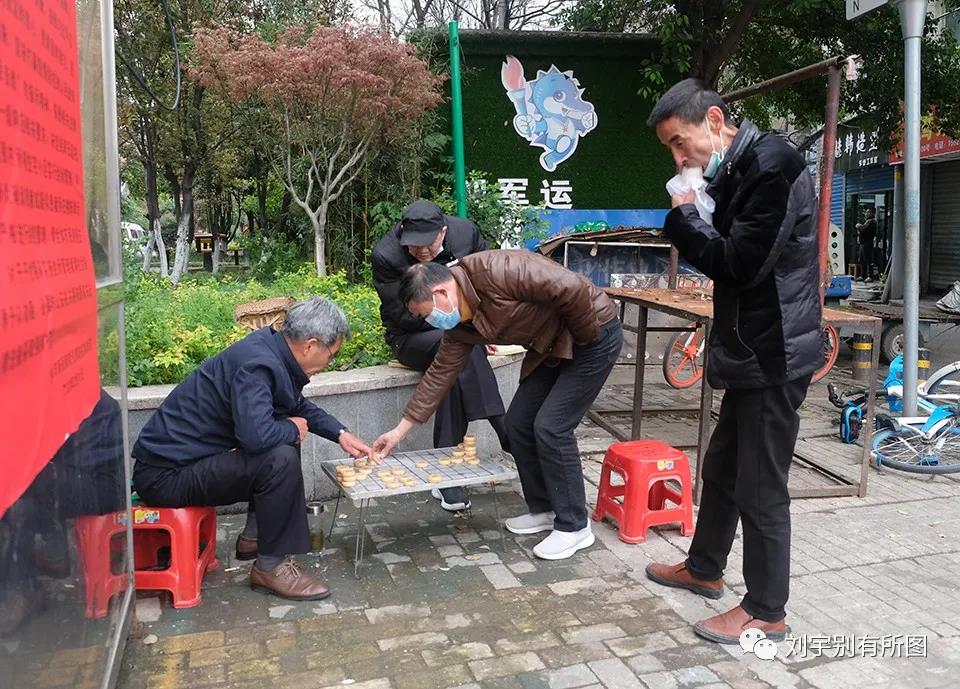 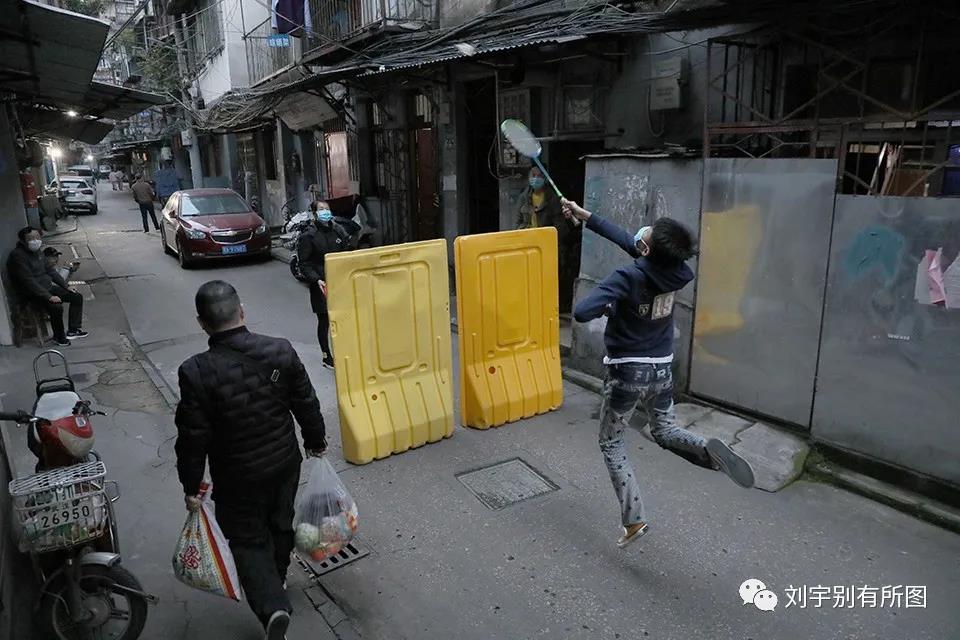 A boy and his mother are seen playing badminton on the streets.

Talking about plans as the city is reopened, another local surnamed Wang said life goes on. "I can eat whatever I desire, and go wherever I fantasize," he added.

"You can't say you stand with Wuhan and Hubei while running and hiding from us in the meantime. The virus can be contained but interpersonal bonds can't be lost," Wang noted. 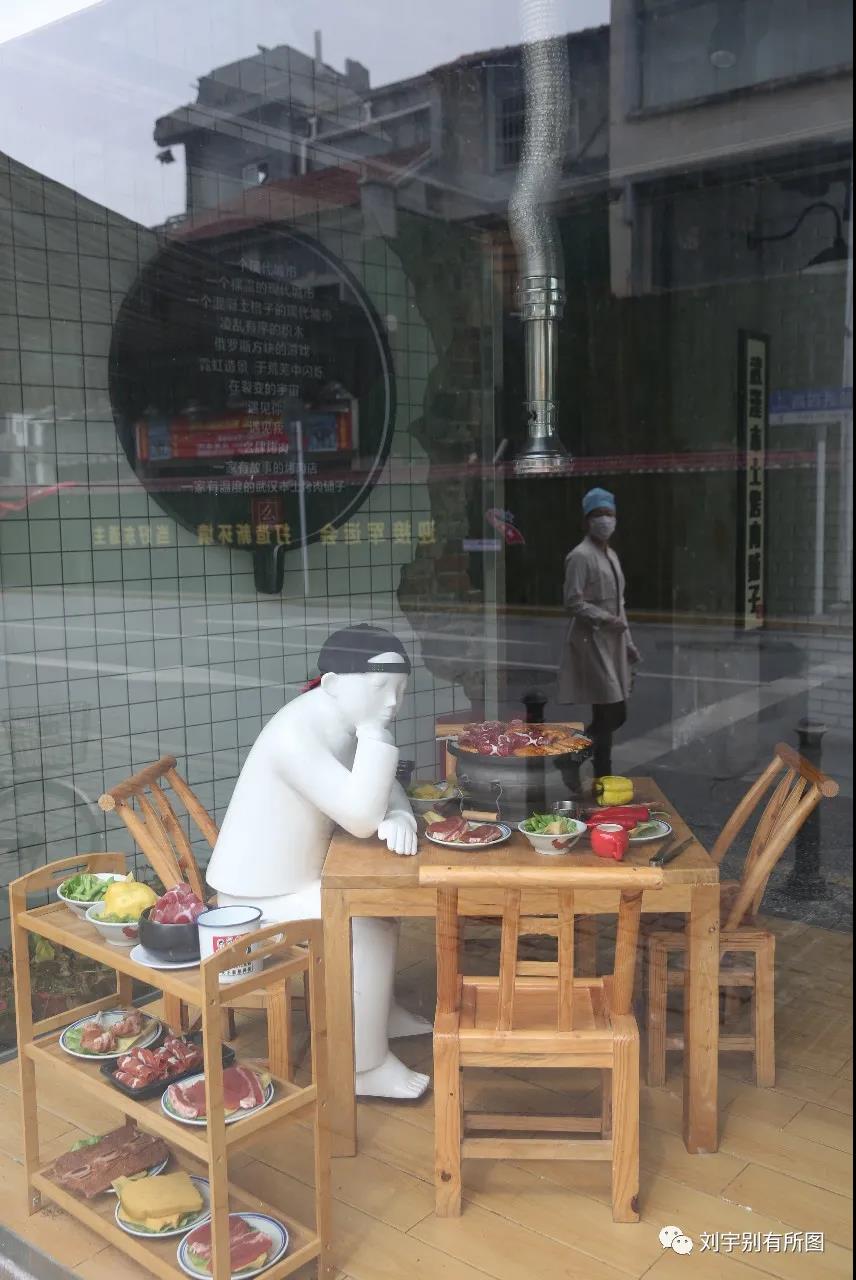 The photo shows a local passing by a restaurant near Minquan Street.

What really isolates Hubei from other parts of China is not the epidemic but cold hearts. Indifference and discrimination are like another epidemic, which are prone to taking away Hubei's spring. As the city tides over the epidemic, people should always remember what Wuhan and Hubei have sacrificed for the safety of the whole country. 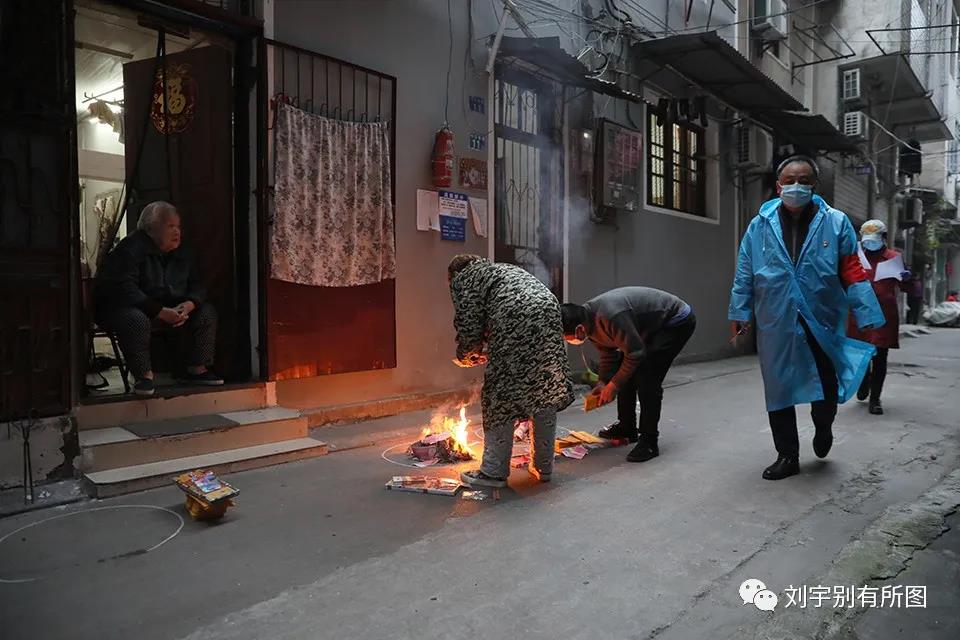 The photo shows a household paying tribute to their lost family members.