About HK$65 million (US$8.35 million) of taxpayers' money is needed to repair traffic lights and pavements vandalized by anti-government radicals between June and December, the Transport and Housing Bureau said on Wednesday. 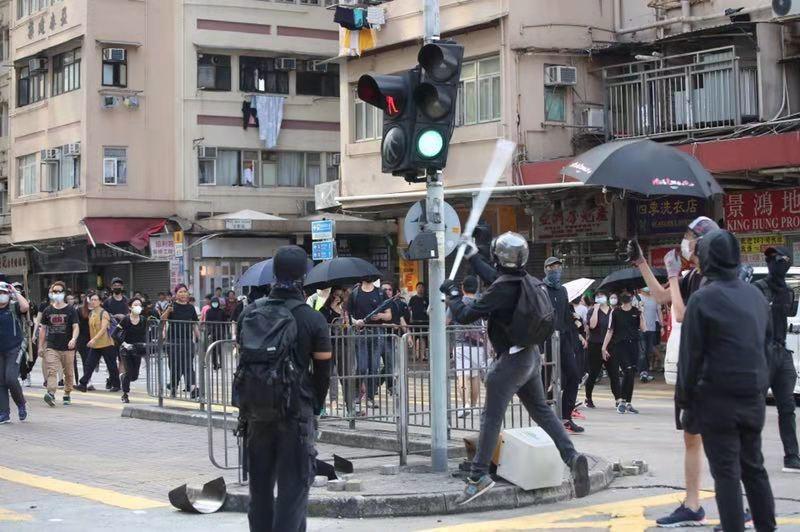 Responding to a query from the Legislative Council, the bureau confirmed repair work on 740 sets of vandalized traffic lights, costing HK$40 million, had been completed last Thursday. Of them, 365 sets of traffic lights had been damaged multiple times, with some becoming targets of the vandals as many as 17 times.

The government is expected to spend roughly another HK$25 million to reinstall dismantled road railings and to re-pave sidewalks from which radicals had pried bricks.

On Dec 4, police said, a 69-year-old man on his wheelchair was knocked down by a van while crossing a road with damaged traffic lights in Tin Shui Wai and died in hospital.

Injuries suffered by 41 people were attributed to traffic signal failures over the past six months.

Police have received more than 1,100 reports related to criminal damage since October last year, involving 955 locations. Traffic facilities, eateries and bank branches bore the brunt of about 75 percent of the damage.