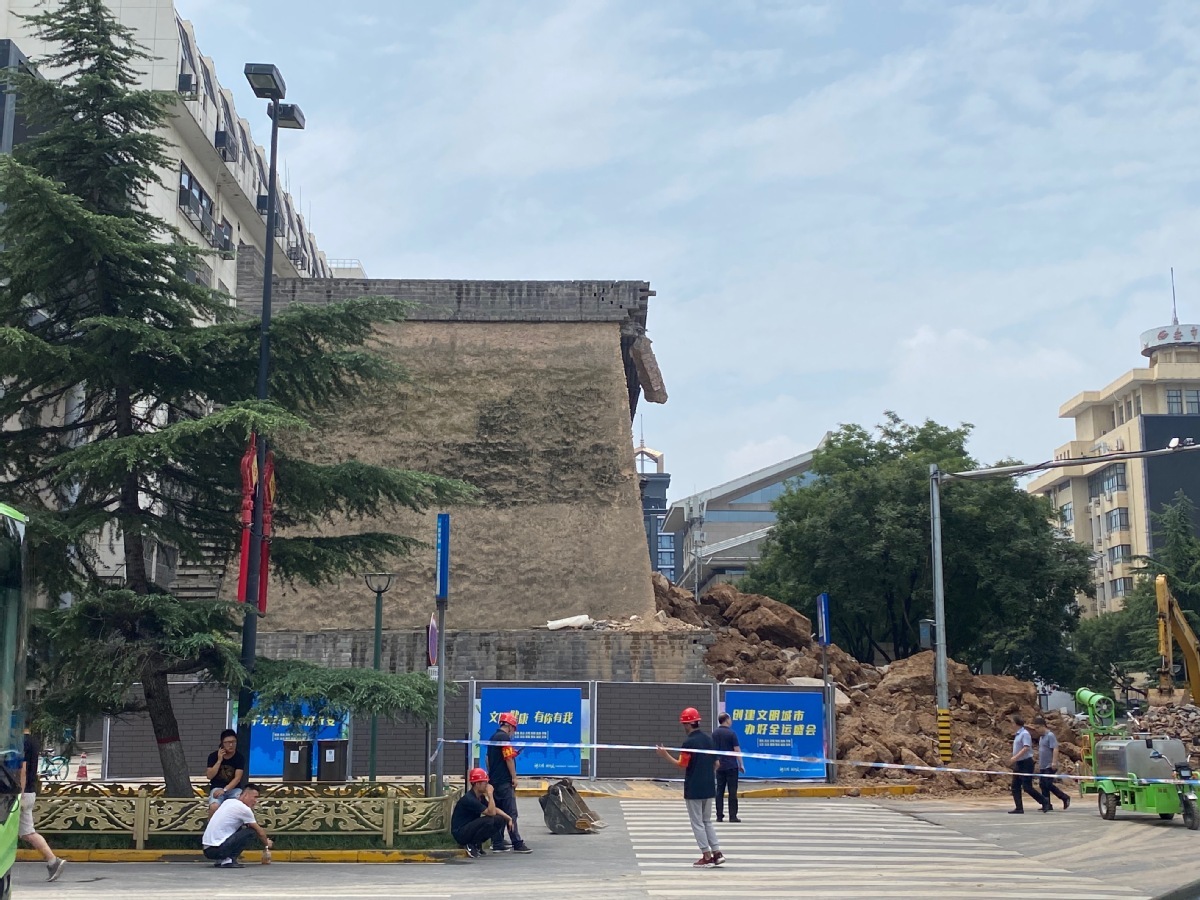 The breach of the wall is about 10 meters long and five meters deep, and the collapse buried one coach and three cars. No casualties were reported in the accident.

Xi'an has China's best-preserved ancient city wall, built in the Ming Dynasty. After the mishap, the area was cordoned off and the debris was cleared.

The municipal government has swung into action after the accident and ordered all cultural relics protection units in the city to review the safety risks.

The cultural relics bureau has dispatched experts to draft a plan for the repair of the ancient wall and redesign the urban drainage system near the site so as to prevent the ruins from being damaged by rain-induced waterlogging.