Report: 90% of Chinese overseas students not giving up study abroad 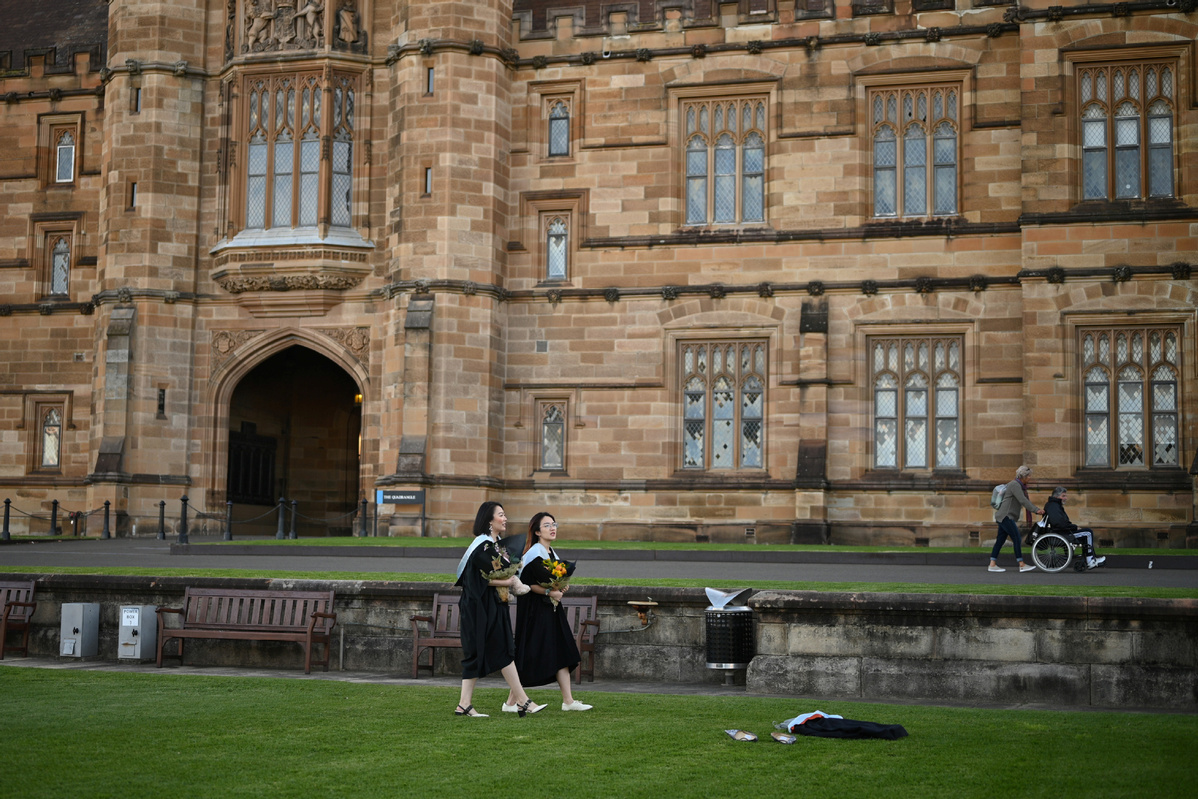 International students from China wear graduation gowns as they take pictures around the University of Sydney's campus, where they studied for their master's degree, after their in-person graduation ceremony was cancelled during the coronavirus disease (COVID-19) outbreak, in Sydney, Australia, July 4, 2020. (Photo: Agencies)

More than 90 percent of Chinese overseas students have not given up their study plans abroad despite the COVID-19 pandemic, a new report showed.

Ninety-one percent of prospective Chinese overseas students said they still plan to study abroad while 92 percent of existing overseas students plan to return to their schools abroad in the near future, according to the annual Report on Chinese Students' Overseas Study, released on Thursday.

Fifty-seven percent of prospective Chinese overseas students said they prefer countries and regions that have active policies for containing the pandemic, 54 percent will choose destinations with a less severe pandemic situation, and 50 percent want to study in countries and regions with a friendly relationship and attitude towards China, it said.

The report was based on a survey conducted by Vision Overseas Consulting, a subsidiary of New Oriental Education and Technology Group and consultancy Kantar in January and February. The survey covered 7,893 prospective and existing Chinese overseas students. It is the seventh consecutive year the report was released.