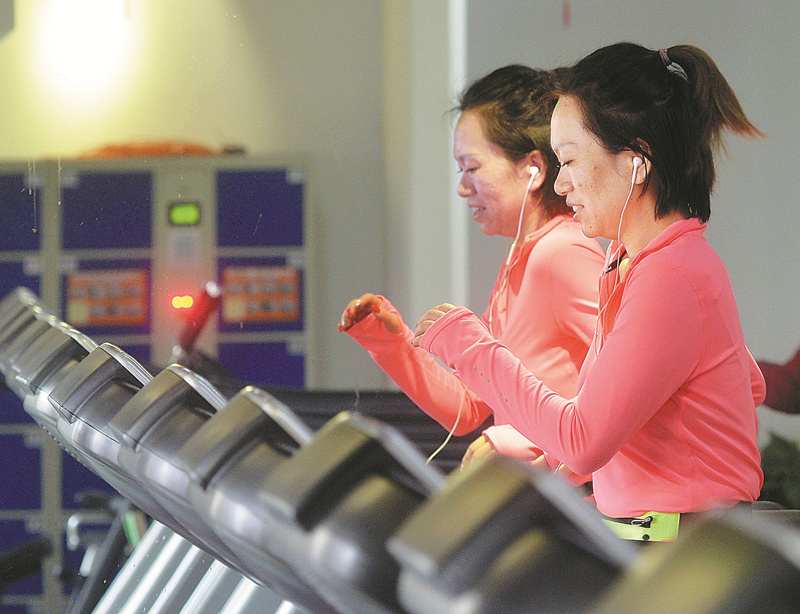 A woman exercises at a fitness center accessed by an app in Chengdu, Sichuan province, in February. TAO KE / FOR CHINA DAILY

The average leisure time of Chinese people has decreased to 2.27 hours per day in 2017 from 2.55 hours three years ago, according to a newly released joint report by the National Academy of Economic Strategy and Tourism Research Center of the Chinese Academy of Social Sciences on Friday.

The 2018 Green Book of China's Leisure is the sixth report since 2009 focused on Chinese people's leisure lives, spanning vacations, healthcare and sports.

Residents in four first-tier cities have the least daily leisure time, with only 1.94 hours in Shenzhen, 2.04 hours in Guangzhou, 2.14 hours in Shanghai, and 2.25 hours in Beijing. These leisure times are nearly half those of the United States, Germany and the United Kingdom, the report said.

Leisure time has become a vital element affecting residents' satisfaction with the quality of life, even more important than income in recent years. Meanwhile there are still problems for the government to solve to help residents gain more time for leisure by reforming vocational and working systems, according to the report.