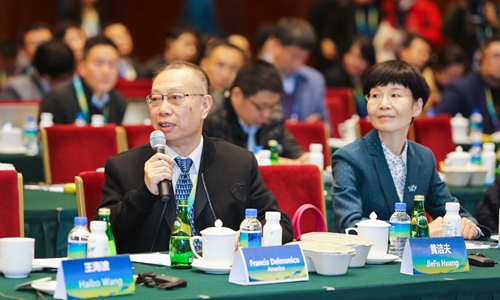 A recent report published on BMC Medical Ethics criticizing China's organ donation data is laden with logical and academic fallacies, said China's leading scholar on organ transplantation. He said that China will lodge formal rebuttal to the journal on why such paper was published.

During the Symposium on Development of Organ Donation and Transplantation in China held in Kunming, capital of Southwest China's Yunnan Province on Saturday, Wang Haibo, head of China Organ Transplant Response System (COTRS), the country's official organ distribution system, referred to a recent academic report published on BMC Medical Ethics as a "serious accusation, and China felt the need of answering [such accusation]."

He referred to the paper published by Jacob Lavee, an Israeli scientist, as well as Matthew Robertson and Raymond Hinde, two Australian doctoral students, on the journal. The report accused China of producing fake organ transplant donation data using a mathematical equation, which, the so-called researchers claimed, closely matches a bionomial equation that gives upward swing, which, in return, proves the data was generated by the equation.

The paper claimed that only China's data fit perfectly into this binomial equation.

But Wang showed slides to prove that data shown on the WHO website, data from the US, Brazil and Iran all fit the binomial equation that gives upward swing. Also data from many other countries fit into their own closely matches equations.

"Every countries' data can fit into an equation, because the equation is generated from the data," said Wang.

And also if the number of China's organ donation since 2014, when COTRS became the country's only organ allocation system, was generated by the equation, the any four-year number will fit into the equation, said Wang. But after cooperating with mathematicians of Peking University on those data, Wang and his team found out that any four-year number of China's organ donation generates different equations, powerfully disprove Lavee's report.

Wang also demonstrated to more than 100 specialists from over 30 countries, including Germany, Vatican, the US and Australia, how the system works, in order to show its transparency and equity in organ donation and allocation. Once a donor's name is typed into the system, his/her personal information, ID number, consent of organ donation and other information would pump up. And the allocation process of the system were real-time and supervised by multiple institutes, such as transplant hospital and the Red Cross.

He warned that all specialists and scientists should be aware of the trend that political intention is gradually permeating into academic circles.

"I was invited by the Israeli ambassador in China several times to introduce China's experience on organ donation and transplantation reform, which I believe is the best rebuttal for Lavee," said Huang.

Jose Núñez, WHO officer in charge of global organ transplantation, told the Global Times that they received the report produced by Lavee, and it was sent to them repeatedly twice a week. "But we didn't respond," said Núñez, noting that China has already provided efficient data with Global Observatory on Donation and Transplantation.

Núñez said there's nothing to cast doubt on China's data, those data are efficient. "So anything that comes from the magazine or the scientific journal is just his or her opinion," he said.

Bjorn Nashan, former president of German Transplantation Society and now working at First Affiliated Hospital, University of Science and Technology of China in East China's Anhui Province, referred to Lavee's paper as "scientific misconduct," saying that if the authors have questions about Chinese data, they should first of all ask China to provide such data, but they did not.

But working here in China since 2016, Nashan said his Chinese patients have various ways of getting advise on organ transplantation. But he was never aware there are secret Chinese hospitals performing illegal forced organ retriaval; and such rumors were being circulated only outside China by those who never visited China.

Except from fabricating rumors about China's organ donation and transplantation achievements, anti-China forces also tried to harass foreign experts; for instance, they tries to stop them from visiting China, and prevented them from voicing support for China in this field.

Campbell Fraser, a professor with Griffith University, told the Global Times that anti-China forces "tried three times to stop me from coming to China, they made representations to my university to stop me. But all they did just made me want to come to China more."

Huang said that those malicious attacks also proved that China's organ donation and transplantation work is achieving great success worldwide; otherwise, no one would bother to attack it.

Since the establishment of the green channel for organ transportation three years ago, the transfer time of organs has been shortened by an average of 1 to 1.5 hours, the overall organ sharing rate in China has increased by 7.3%. The utilization rate of organs has increased by 6.7%. The sharing distance of donated organs has been greatly expanded, and thousands of patients with end-stage organ failure have been cured.

The Chinese express was praised by participants during the conference. Núñez, WHO Representative, told the meeting: "China's organ transplant reform has achieved remarkable results in a short period of time, and China's experience can serve as a model for the entire Asian region and the world."

Huang vowed that in 2021, China will became one of the biggest countries on organ donation and transplantation. To achieve that goal, there's yet something to be done, said Huang.

He noted that it is important to raise people's awareness on organ donation and transplantation. Because China's reform in this field still remain unknown for many people.

Huang also said that China is completing its legal system on organ donation and transplantation; and hopefully a revised law will come out next year.

He also said that at the key point of our organ donation and transplantation development, government departments should form better coordination to enhance law-enforcement, consolidate our efforts and dismiss outside rumors.