Report that reveals truth on US' fight against COVID-19 released

A report which firstly reveals the truth of the US’ fight against the COVID-19 pandemic was released on Monday. 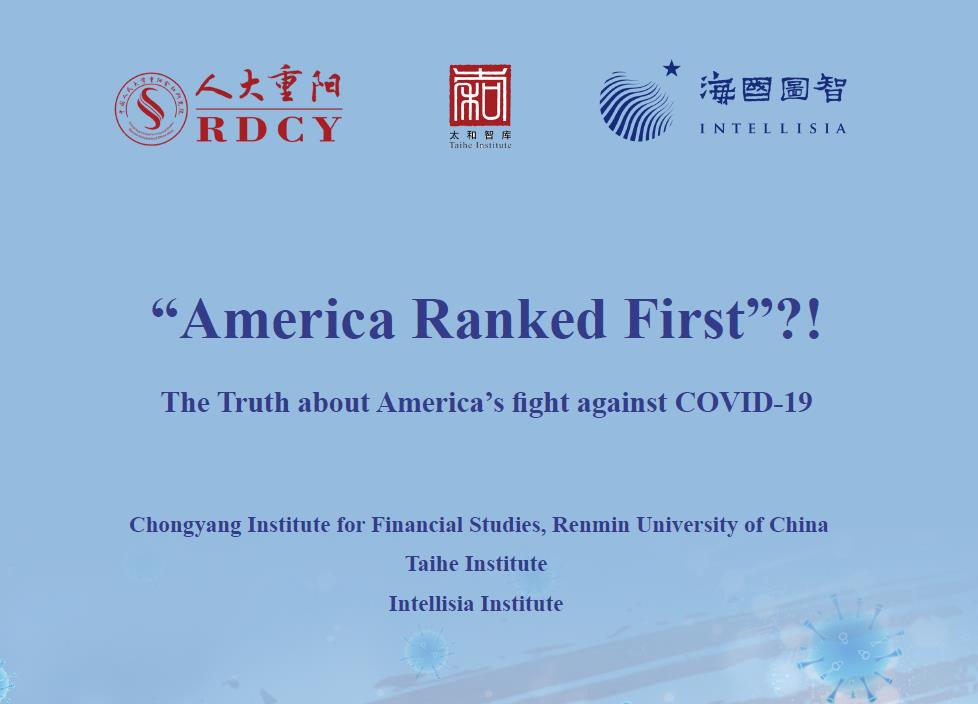 The report, entitled “America Ranked First?! The Truth about America’s fight against COVID-19”, was composed by the Chongyang Institute for Financial Studies, Renmin University of China, together with Taihe Think Tank and Intellisia Institute.

The 23,000-word report is divided into five chapters, and supports all its views with rigorous research, real data and facts. It aims to refute Bloomberg’s ridiculous argument that “America ranked first in the COVID resilience ranking”, which is contrary to basic human ethics and facts and will not help future generations look at the current world history realistically and objectively.

The first chapter “For partisan competitions, not for the lives” pointed out that American people and their lives were ignored for the sake of parties’ interests.

The second chapter, “Anti-science and against common-sense measures”, observed that serious violation of common sense and scientific knowledge led to the tragic failure of America’s anti-pandemic work.

The third chapter, “System failures result in the pandemic difficult to control”, revealed that the two major parties failed to take on responsibilities and resulted in a “disunited America”.

The fourth chapter, “The pandemic exacerbated the social gap”, discussed the bitter facts that under the pandemic, the American people's right to live in health has not been equally guaranteed, including an unemployment spike, worsening disparity, racial conflicts and social unrest caused by the incompetence.

The fifth chapter, “Willful destruction of global resistance to the pandemic”, elaborated on the US’ rejection of international vaccine cooperation.

The report concluded that the truth might only come late, but would never be absent. People in China and around the world are calling for the truth in the fight against the pandemic.