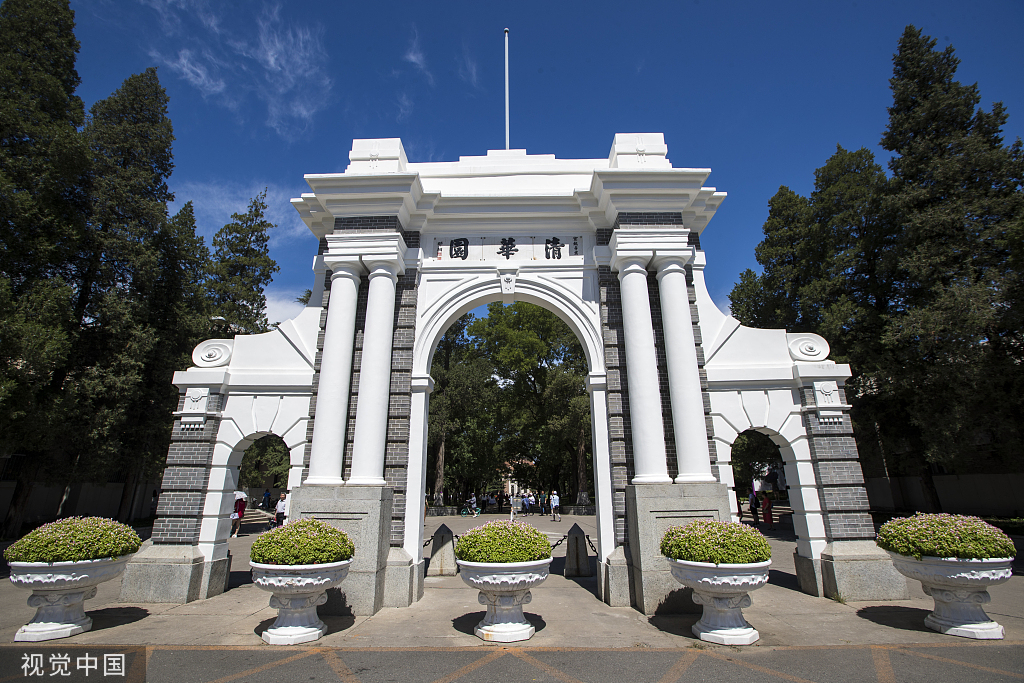 Tsinghua University is seen in Beijing on August 27, 2019. [Photo/VCG]

China continues its climb up the global university reputation rankings, with Tsinghua University leading the way by rising to ninth place from 10th last year, becoming the highest-placed Asian institution, according to a recent report.

"And perhaps above all else, it is key to attracting talent. ... It is subjective, and it is not always fair, but it has real currency with tangible effects."

In this year's World Reputation Rankings, Harvard University and the Massachusetts Institute of Technology retain their respective No 1 and No 2 spots, with Stanford University's third-place ranking pushing the University of Oxford into fourth place.

The United States has one university fewer in the top 10 this year, but it continues to dominate the top of the table, with six universities represented in the top 10 and Harvard being at No 1 for the 12th consecutive year.

In the United Kingdom, Imperial College London entered the top 20 in 14th place, up from 23rd, and the University of Bristol entered the top 100, having previously been in the 101st-to-125th grouping.

Technical University of Munich is Germany's highest-ranked institution on the list, rising from 45th to 33rd place. France's Sorbonne University rejoins the top 50 in 50th place, and Delft University of Technology in the Netherlands is now 43rd. Switzerland's ETH Zurich rose from 18th place to 12th.

"We are seeing some real rising stars emerging from these rankings, whose standing in the global academic community has been steadily rising," Baty said.

Mark Sudbury, head of the World 100 Reputation Network, said: "This year, the results have been eagerly watched as they represent the largest — ever response to Times Higher Education's Academic Reputation Survey, with more than 29,000 published academic voters taking part — up from around 11,000 in 2021."