CHINA Rescue continues after coal mine flood in Xinjiang

Rescue continues after coal mine flood in Xinjiang 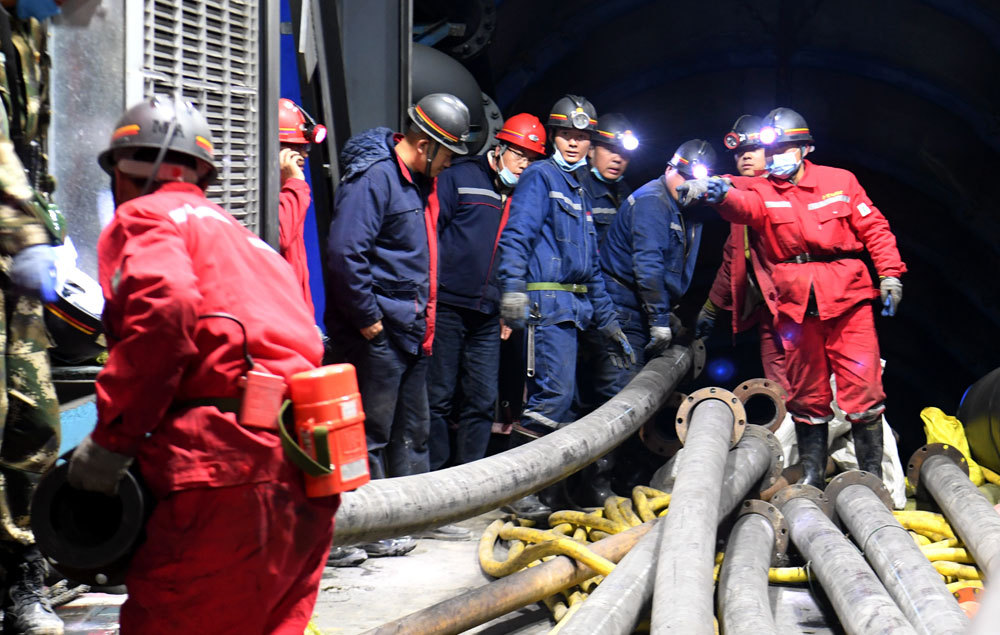 Workers set up equipment on Sunday to rescue miners trapped since Saturday in a coal mine in Hutubi county, Xinjiang Uygur autonomous region. Eight miners had been rescued and were in good condition. Efforts to rescue the remaining 21 miners were still underway. (Photo: China Daily)

Rescue work is underway after a coal mine in the Xinjiang Uygur autonomous region was flooded on Saturday, trapping 21 miners, local authorities said on Sunday.

The accident occurred at 6:10 pm on Saturday as 29 workers were upgrading the mine in Hutubi county, Hui autonomous prefecture of Changji. Eight people were rescued and confirmed in good condition on Sunday morning.

China Central Television reported on Sunday morning that the 21 trapped miners were thought to be approximately 1,200 meters underground, but no details concerning their condition were so far available. CCTV said the first group of rescue workers installed three pumps in the mine shaft to assist with efforts.

The pumps can drain 440 cubic meters of water per hour.

The Ministry of Emergency Management has dispatched a working group to guide and undertake rescue operations.

Bao Yongsheng, a deputy head of Changji, said the pumps can only be placed deeper when water levels subside further.

"We are racing against time to test the fourth pump, which can drain 400 cu m of water per hour on its own, greatly increasing draining capacity," Bao said.

Sun Jizhou, another deputy head of Changji, said in an interview with CCTV that rescue efforts have faced great challenges from the very beginning as both pumps and rescue workers were in short supply, though more assistance continues to arrive on scene.

Rescue attempts are still facing challenges as electricity and communications remain disrupted and updated information on oxygen levels, gas density and flood water conditions in the tunnel is unavailable so far.

A rescue commanding team has been organized by the local government and officials from the Ministry of Emergency Management with all members working to secure the safety of those trapped at any cost.