Rescue underway after coal mine flooding in NW China's Xinjiang

Twenty-one people remain trapped, and eight others have been rescued after a coal mine flooding in northwest China's Xinjiang Uygur Autonomous Region, local authorities said on Sunday. 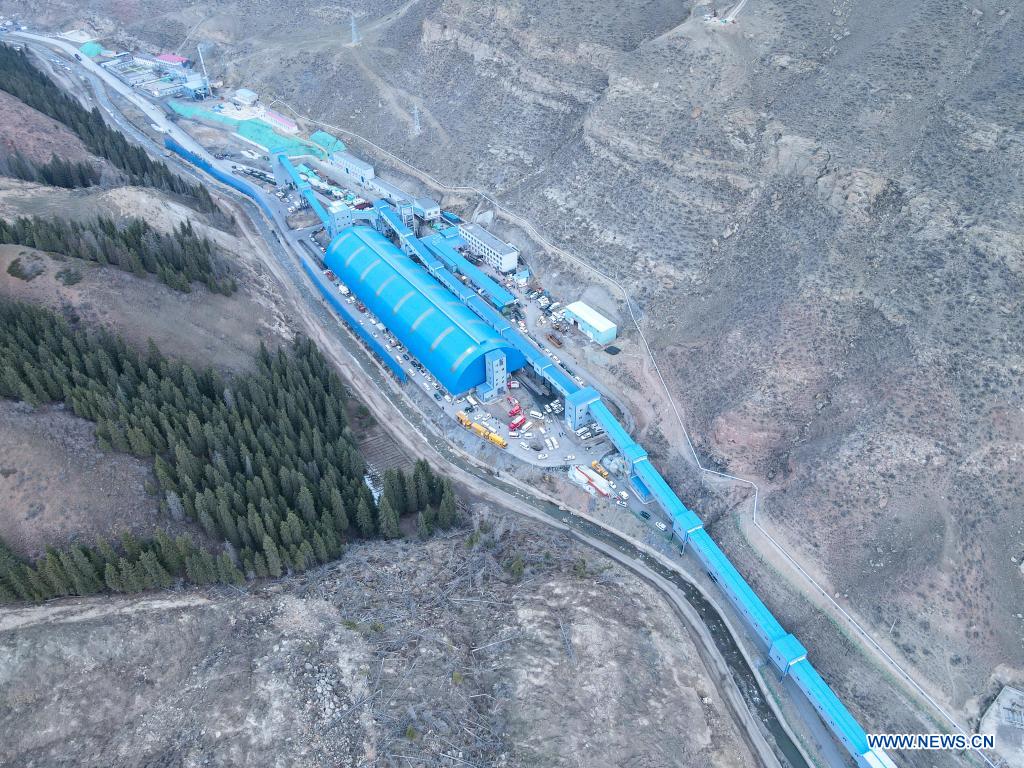 Aerial photo taken on April 11, 2021 shows a rescue site at a flooded coal mine in Hutubi County of Hui Autonomous Prefecture of Changji, northwest China's Xinjiang Uygur Autonomous Region. Eight people have been rescued and 21 still trapped after a coal mine was flooded Saturday in Xinjiang, local authorities said Sunday. The accident occurred around 6:10 p.m. Saturday, when 29 workers were upgrading the coal mine. Rescue work is currently underway. (Xinhua/Gao Han)

All 21 trapped miners have been located as of Sunday morning. They were scattered between three different operating platforms 1,200 meters below ground. Rescue workers are actively attempting to contact the trapped miners.

Officials said the eight rescued were not injured.

Earlier, China's Ministry of Emergency Management said it had sent experts and rescue teams to the site for assistance.

The flooding occurred at around 6:10 p.m. on Saturday when the Fengyuan mine in Xinjiang's Hutubi County, the Hui Autonomous Prefecture of Changji, was undergoing a technological upgrade. Twenty-nine miners were working underground at the time.

The accident has cut off power and communication systems, local authorities said, adding that the complex topography has complicated the rescue operation.

Three sets of drainage equipment are currently pumping out water at speeds of 450 cubic meters per hour. A fourth set is being installed and is expected to double efficiency once in operation.

Air supply is also being provided.