Rescue underway to save rare dolphin trapped in China's Guangxi

A rescue operation is underway in south China's Guangxi Zhuang Autonomous Region to save an endangered Chinese white dolphin trapped in the Xijiang River, the upper reaches of the Pearl River. 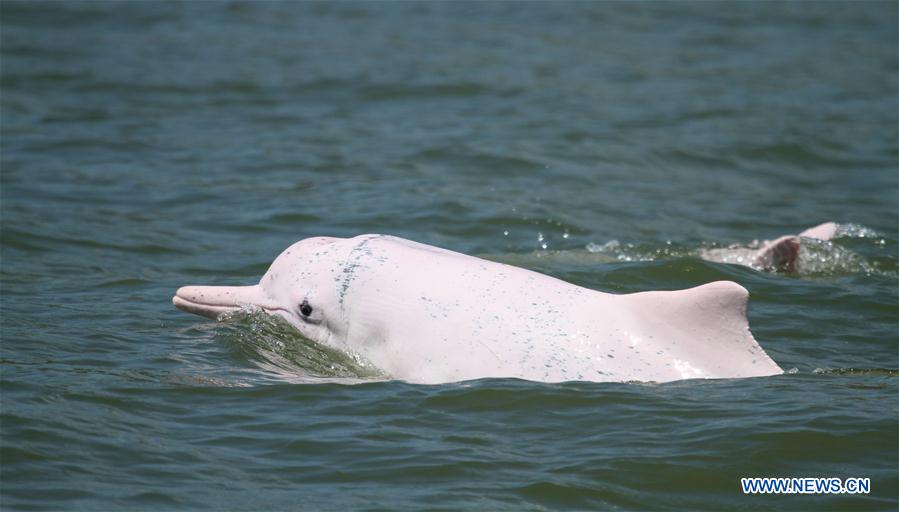 According to local authorities, the dolphin strayed into the inner river in the city of Wuzhou last week. Rescuers reported signs of skin infection.

Chen Mo, who works with the Guangxi Academy of Sciences, said they tried to capture the dolphin on Tuesday with a fishing net after shutting down the tunnel gate of an upstream water control project to stabilize the water flow.

"But the dolphin broke out of the net and swam away," Chen said, noting that its physical condition is worsening. The rescue team has since been adjusting the rescue plan.

So far a total of 11 ships and more than 60 rescuers have joined the rescue efforts, said Chen Yongjia, an official with Wuzhou's agricultural authority.

The Chinese white dolphin is under first-class state protection in China and was included on the International Union for Conservation of Nature (IUCN) Red List of Threatened Species in 2008. The endangered species generally live in shallow waters less than 10 meters deep in the sea.