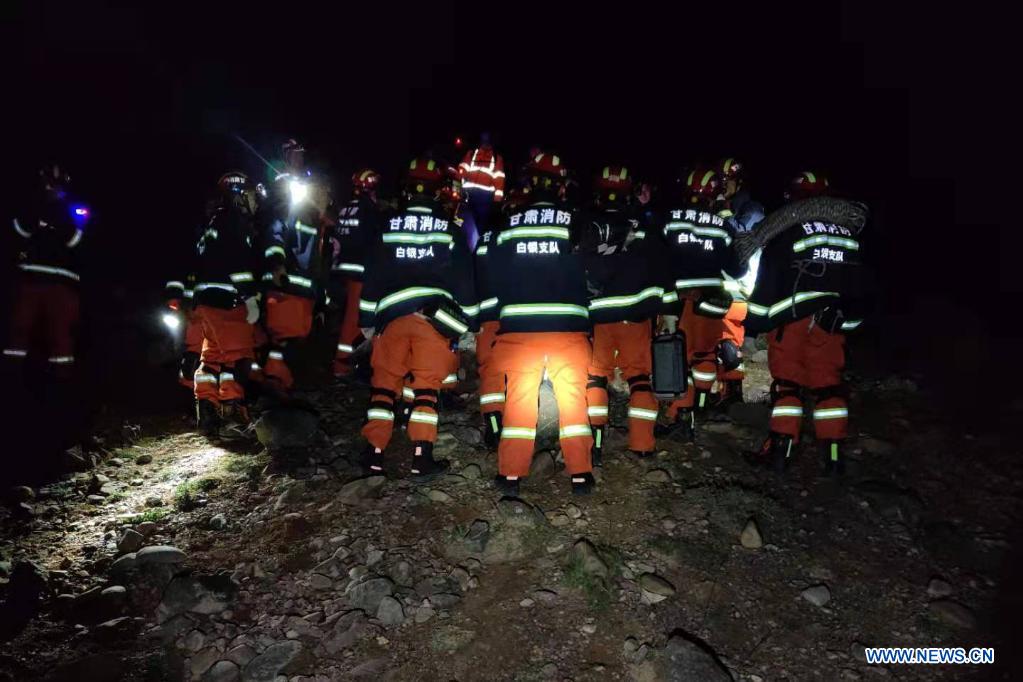 By noon on Sunday, the remains of all 21 victims had been transferred from the site of the incident, said the rescue headquarters. Over 1,200 well-equipped rescuers took part in the operation.

Another 151 participants were confirmed safe, of whom eight with minor injuries were treated in hospital and are in stable condition.

The public safety incident was caused by a sudden change in local weather, and the province has set up an investigation team to look further into the cause of the incident, said Zhang Xuchen, mayor of Baiyin City, at a press briefing on Sunday morning.

"As the organizer of the event, we feel a deep sense of guilt and remorse. We express our deep condolences and sympathies to the bereaved families and the victims," said Zhang.

The marathon, with a total of 172 participants, was held on Saturday morning in the Yellow River Stone Forest tourist site in Jingtai County, Baiyin City.

According to the rescue headquarters, at about 1 p.m. on Saturday, hail, freezing rain and gales hit the area of the race's high-altitude stage, between 20 km and 31 km. Participants suffered from physical discomfort due to the sudden drop in air temperature.

The race was halted when a number of participants went missing.

"At 1 p.m. on Saturday, the wind got stronger. It was hard to stand up straight and move forward. When the wind was the strongest, I had to grasp the ground with both my hands to avoid being blown over," said one survivor, who declined to be named.

"I felt nothing but cold at the time," said the survivor. "I just ran about 30 km and quit the race ahead of the third checkpoint. I fainted halfway down the mountain."

After participants posted videos requesting help in a WeChat group chat at 12 p.m. on Saturday, local governments initiated an emergency response and organized rescue forces to search for the missing people.

The temperature dropped again during the night due to the area's complex terrain and topography, making the search and rescue work more difficult, according to the rescue headquarters.