Rescue workers at the explosion site of a gold mine in Qixia City, east China's Shandong Province, have successfully drilled a second rescue hole to speed up the search and rescue work. 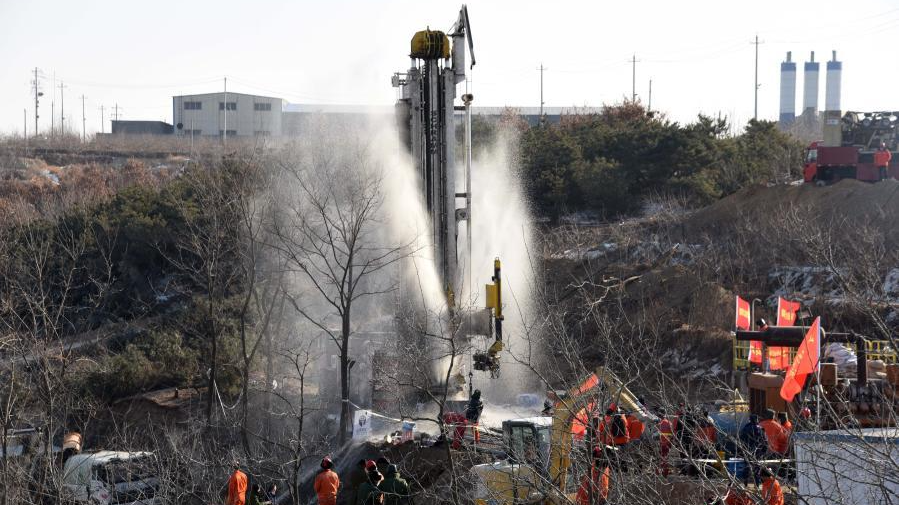 Rescuers work at the explosion site of a gold mine in Qixia City, east China's Shandong Province, January 17, 2021. (Photo: Xinhua)

A total of 22 miner workers were trapped underground. The rescue team has confirmed the location of 12 trapped workers after drilling the first hole from the surface to the tunnel.

The status of the remaining 10 remains unclear.

Authorities confirmed earlier on Sunday that they had received signs of life as critical supplies that had been lowered into the tunnel via a rope were all taken, and a note by the trapped workers returned.

The explosion happened at 2 p.m. on January 10 at the gold mine in Xicheng Township, but it was not reported to the local emergency department until the night of January 11.

Relevant people from the company have been put under police oversight for failing to notify the authorities in time, Li Bo, vice mayor of Yantai, which administers Qixia, told a press conference on January 13.