CHINA Rescuers aim to save 14 in flooded tunnel

Rescuers aim to save 14 in flooded tunnel 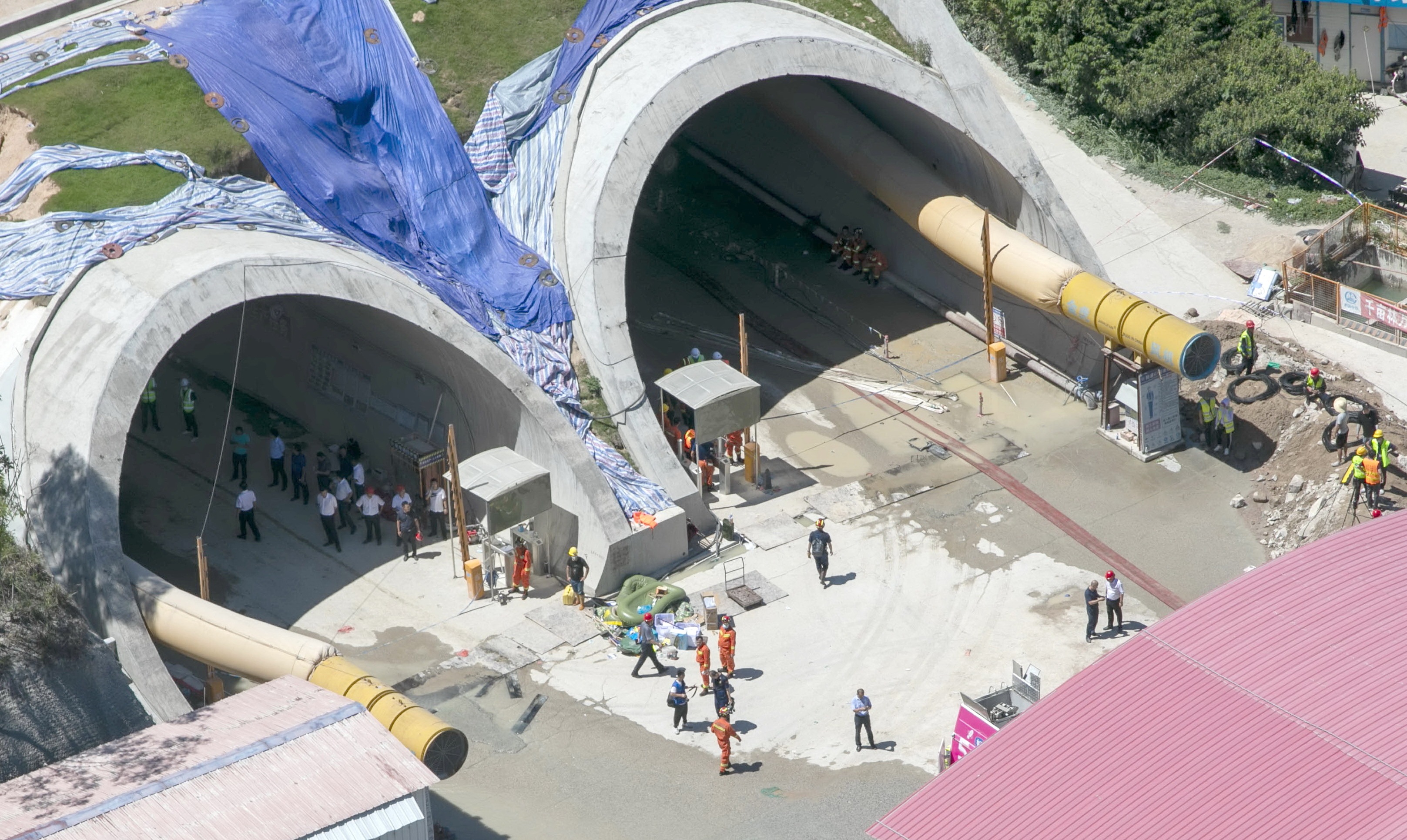 Rescuers attempt to save 14 workers trapped in a flooded tunnel in Zhuhai, Guangdong province, on Thursday. (Photo: China Daily)

Rescuers were attempting to save 14 workers trapped in a tunnel in Zhuhai, Guangdong province, on Thursday evening, the city's vice-mayor, Zhang Yisheng, said.

Zhang promised that city government departments would spare no effort to carry out rescue work. A special task force was set up, and as of Thursday night, the search and rescue work was making orderly progress, he said.

The Shijingshan tunnel, part of the southern section of Zhuhai's Xingye Expressway, flooded at about 3:30 am on Thursday. The 1.78-kilometer tunnel, lying beneath a reservoir, is scheduled to be completed by the end of next year. Construction started in 2019.

"After hearing an abnormal noise, the personnel on duty discovered that debris was beginning to fall in the tunnel and immediately organized the construction workers to evacuate," Yan said.

"But later, a large amount of water flooded into the tunnel through a cross passage, trapping a total of 14 workers in the tunnel, 1,160 meters from the entrance."

All those trapped work for a construction company from Fujian province.

Yan promised the company would do what it could to help rescue the workers and would cooperate with an investigation into the incident.

More than 1,000 rescuers, 59 fire trucks and five high-capacity water pump vehicles were sent to the site.

The hourly pumping capacity reached more than 15,400 cubic meters and another 20 pump trucks were standing by.

Meanwhile, after the Ministry of Emergency Management sent a rescue group to the construction site, a headquarters facility was established to help direct rescue efforts and prevent any recurrence of flooding.

The Ministry of Housing and Urban-Rural Development has also sent a working team to the site.

Residents living near the construction site have been evacuated.

The cause of the accident is still being investigated.