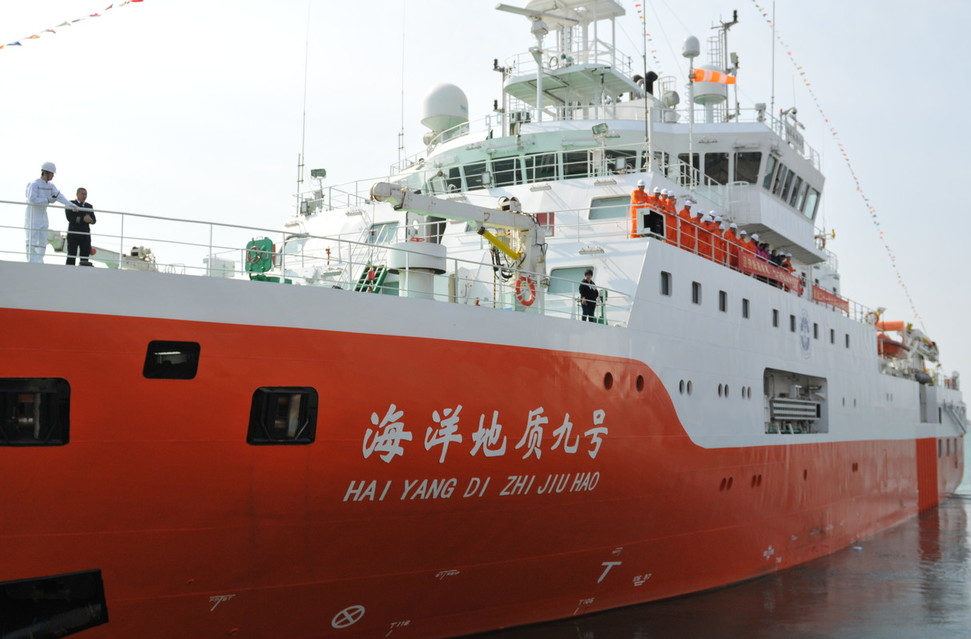 The research vessel will carry out multiple tasks during the trip lasting more than 300 days, including seismic survey, multi-beam survey, shallow stratum profile survey, ocean current survey and geological sampling. It will return in next February.

Wu Nengyou, the director general of the Qingdao Institute of Marine Geology, said the research vessel entered into service in December 2017 in Qingdao.

The ship has carried out geological studies in the South China Sea, gathered seismic data in the East China Sea and launched a comprehensive research project in the western Pacific Ocean during a 258-day voyage last year.

Wu said this year's voyage mainly focuses on the joint commissioning and testing of equipment and subsystems, as well as carrying out parameter calibration to prepare for formal measurement.

It is the only Chinese ship to carry out seismic, geological and geophysical study simultaneously.