During its 250-day expedition, Xiangyanghong10 made breakthroughs in polymetallic sulphide exploration. It also studied the evolution of the Carlsberg Ridge and hydrothermal systems in the Indian Ocean. 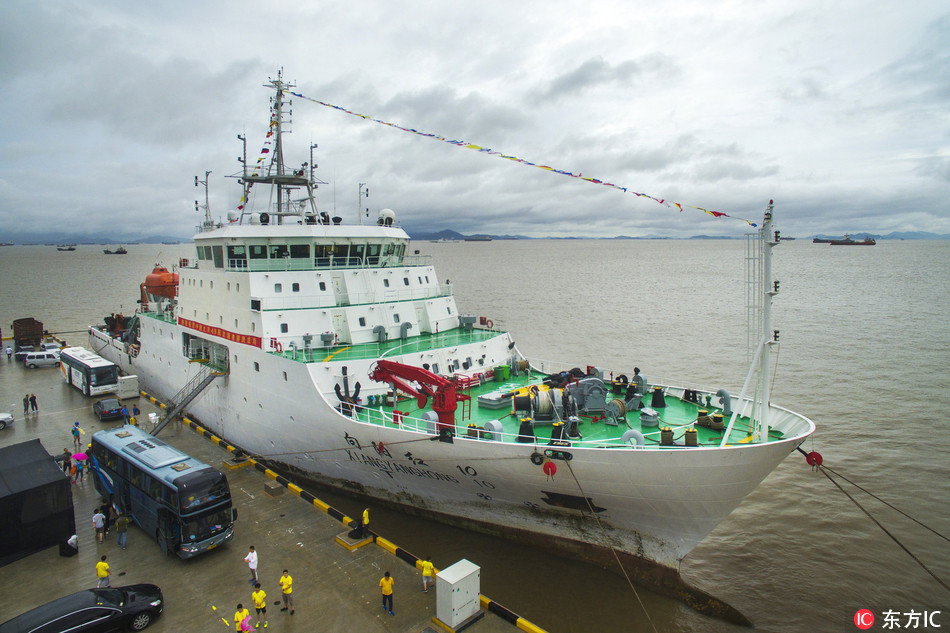 China's self-developed autonomous underwater vehicle Qianlong II took 9 dives into the southwest Indian Ocean and worked for a total of 257 hours underwater on the expedition. It set a new record for China's AUVs having sailed 2,204 kilometers over 763 hours since it went into service.

The ship departed from Zhoushan on December 6, 2017 and sailed almost 30,000 nautical miles before returning to the same port loaded with new findings and samples.