SHANGHAI -- A deep-sea scientific research vessel has been delivered in Shanghai to the Ocean University of China for marine science study. 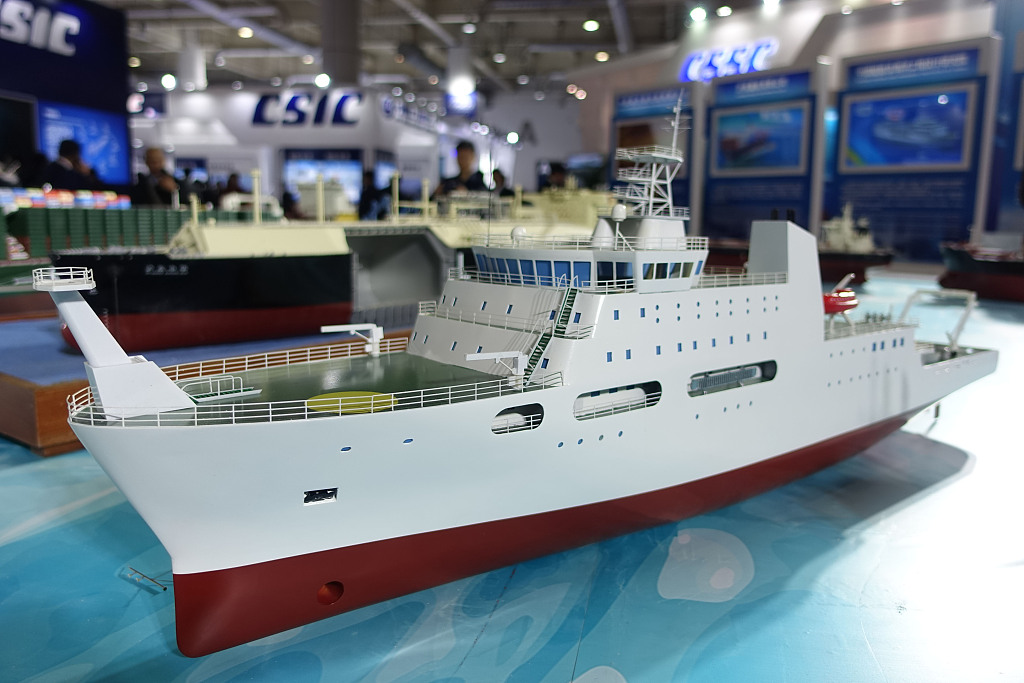 Built by Shanghai-based Jiangnan Shipyard (Group) Co., Ltd, the Dong Fang Hong 3 is the first Chinese research vessel and the world' fourth to have obtained a Silent-R certificate, the highest standard for underwater noise control issued by Norwegian international certification body, DNV GL, according to Xie Jun, chief builder of the vessel.

The vessel is the largest among the four research vessels with a Silent-R certificate in the world, Xie added.

The lowest level of underwater noise means disruption to research instruments on the vessel is kept to a minimum, therefore research data the vessel collects can be "very accurate", said Xie.

"We will use the vessel for comprehensive and inter-disciplinary marine science research," said Yan Ju, vice president of the Qingdao-based Ocean University of China.

The university will open the vessel to scientists from around the world in the future, said Yan. "We hope they will come on board for exchange and research on areas including physical oceanography, marine chemistry, marine biology and marine geology."