Yu Wenxian said he has always been inspired to create something new and useful from scratch, whether he was serving as a division commander at the National University of Defense Technology or as a professor at Shanghai Jiao Tong University. 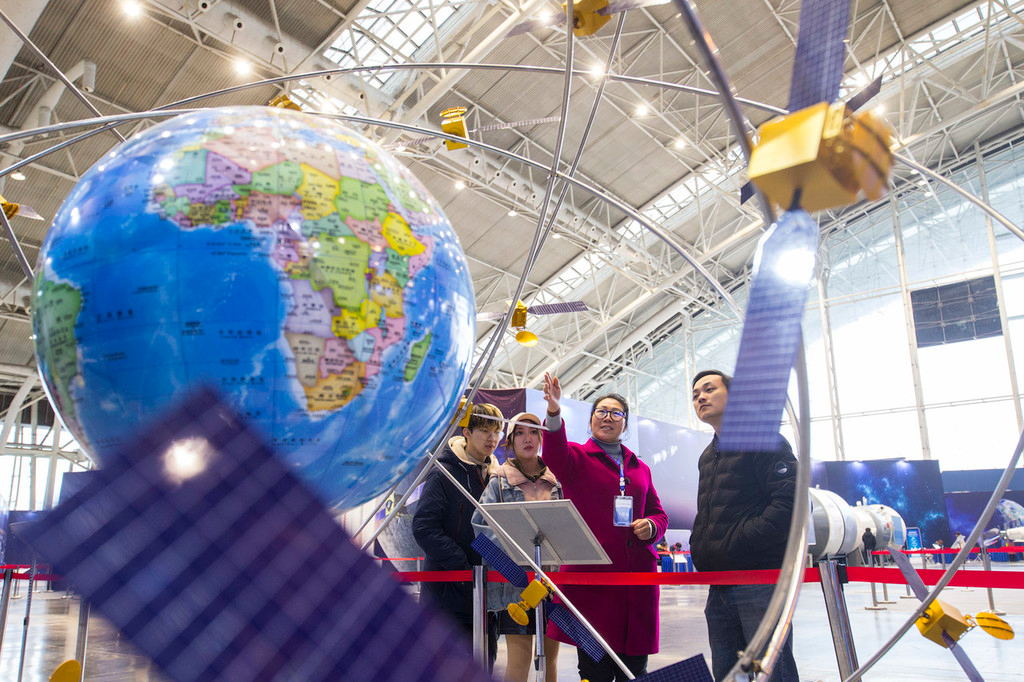 "The most valuable part of innovation is to make something out of nothing," said Yu, who leads a team at the university conducting research for the Beidou Navigation Satellite System. "Working in the technology field, I have always believed that all the problems can be solved through innovation. I enjoy the process of discovering a problem and focusing on it."

Yu, 54, established the nation's first Beidou industrial park, China Beidou Industrial Technology Innovation West Hongqiao Base, as well as the Shanghai Beidou Research Institute in 2013, both of which look to promote research and industrialization of the Beidou system.

Yu was born in a small town in Shanghai's Songjiang district. Like others in his generation, his family taught him that education could change your life.

In 1981, he enrolled in the National University of Defense Technology in Hunan province. He earned his master's degree and doctorate at that university and became a young professor there at the age of 32.

"We have different ways of discovering objects in space, be it satellite, missile or debris," he said. "The radar target recognition facility enables us to recognize objects in space from several thousand kilometers above."

In 2008, the School of Electronic Information and Electrical Engineering of Shanghai Jiao Tong University was searching for a leader. Yu applied for the job immediately upon learning of the position. Craving more technological innovation opportunities, it seemed only natural for him to vie for the job, even though it would mean resigning from his position as a division commander at the National University of Defense Technology.

He was also leading a 120-member team at Shanghai Jiao Tong University on Beidou navigation and positioning research and development.

"Shanghai's goal of building a global technological innovation center will bring great opportunities and challenges for the technological sector, where a group of creative and innovative talents are also needed," Yu said.

According to a China Business News report, the Beidou Navigation Satellite System has been providing global services since December. The China Satellite Navigation Office said it expects the satellite system to generate more than 400 billion yuan ($58 billion) in revenue by 2020 and to have a broad impact on global manufacturers of mobile phones, automobiles and airplanes operating businesses in China.

The industrial park and institute have formed an effective ecosystem for the Beidou industrial chain by attracting nearly 200 enterprises focusing on navigation-related business with a total of 2,800 employees. The enterprises have reported annual revenue growth of more than 50 percent in the past few years. In addition, GNSS positioning technology and products company CHC Navigation went public on the Shenzhen Stock Exchange in March 2017.

In 2017, Yu and his team launched a 190 million yuan project that looks to apply the research and development on the Beidou satellite system in the Yangtze River Delta region.

In the past two years, the team has created more than 100 plans and has visited dozens of enterprises in many cities including Beijing; Shenzhen; Chengdu, Sichuan province; Changsha, Hunan province; Hangzhou, Zhejiang province; and Nanjing, Jiangsu province.

"What I always tell those young talents is that life could be short, but it shouldn't be wasted," Yu said. "Life is what you make it, so try to make it splendid. And it is all the efforts you put into it and the hardships you wade through that could make your dream come true."