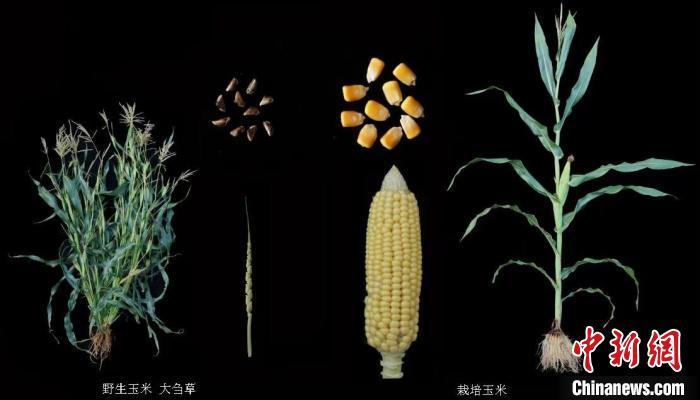 The Chinese Academy of Sciences headquarters published a research paper in Nature on Thursday, which successfully identified genetic mechanisms of enhancing seed protein content in maize after 10 years of research.

Their findings open up new avenues for maximizing seed protein content and quality for future maize breeding, with implications in efficient nitrogen use and food security.

"There is economic and environmental pressure to maintain high-yielding maize while reducing the level of nitrogen applied to the soil," said study author Wu Yongrui from the CAS Center for Excellence in Molecular Plant Sciences. "It is crucial to identify genetic factors that increase nitrogen-use efficiency."

The use of nitrogen fertilizer further reduced the importance of seed nitrogen content. Consequently, modern maize hybrids contain only 5 to 10 percent protein; by contrast, teosinte has a protein content of 20 to 30 percent.

Scientists can trace the decline of maize seed protein content, but the genetic mechanisms remained elusive.

Researchers set out to identify the genes responsible for the protein content discrepancy between teosinte and maize by creating a complete teosinte genome sequence.

"Because modern maize was domesticated from teosinte, we reasoned that characterizing the genes responsible for the high-protein trait in teosinte might reveal a more diverse set of quantitative trait locus than those found in recent inbred maize populations," said Wu.

They found that the teosinte high protein variant not only demonstrated the strongest effect during trait mapping, but also encoded an enzyme that plays an important role in the metabolism of nitrogen. Previous studies on rice, wheat and barley showed that changes in the expression of these genes alter plant growth and nitrogen content.

While the teosinte high protein variant is highly expressed in teosinte roots and leaves, this is not the case in the corresponding inbred maize, owing to mis-splicing of gene transcripts, said Wu.

"This might be one of the factors that leads to differences in nitrogen assimilation," said Wu.

Through field trials, the team verified that the teosinte high protein variant could increase nitrogen-use efficiency in both normal and low-nitrogen conditions. Further analysis suggested that it has the potential to improve the protein content of maize seeds and plants through plant breeding.

"Our research shows the possible value of hybrids that contain the teosinte high protein variant, although larger field trials in multiple geographical locations will be needed to fully establish its potential for improving seed protein content and nitrogen-use efficiency in maize breeding," said Wu.