XINING, April 26 (Xinhua) -- Chinese researchers have mastered the dynamics of a fixed population of snow leopards in the headwater region of the Yangtze River, China's longest river, by analyzing data provided by local herdsmen through six years of continuous monitoring. 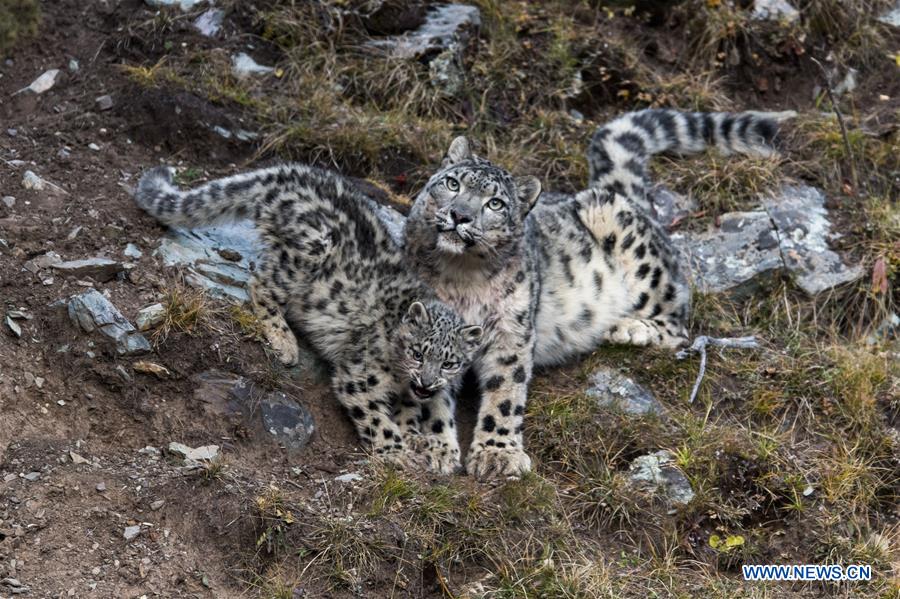 Photo taken on Oct. 22, 2017 shows a snow leopard with its cub at Three-river-source National Park in northwest China's Qinghai Province.

It is rare to continuously monitor a fixed population of snow leopards for more than three years.

The snow leopard is a class-A protected animal in China, and the International Union for Conservation of Nature classifies it as endangered-to-vulnerable.

Over the past six years, 14 trained herdsmen took turns to maintain and recycle the infrared cameras set up on the mountains every three months and submit the data to Peking University.

They monitored 23 adult snow leopards, helping researchers find the population's dynamic changes caused by behavior such as fighting for territory and migrating through corridors.

According to the results, the number of snow leopards in the region increased steadily year by year, and they have since given birth to nine healthy snow leopard cubs, said Chu Moyan, a researcher with the university. 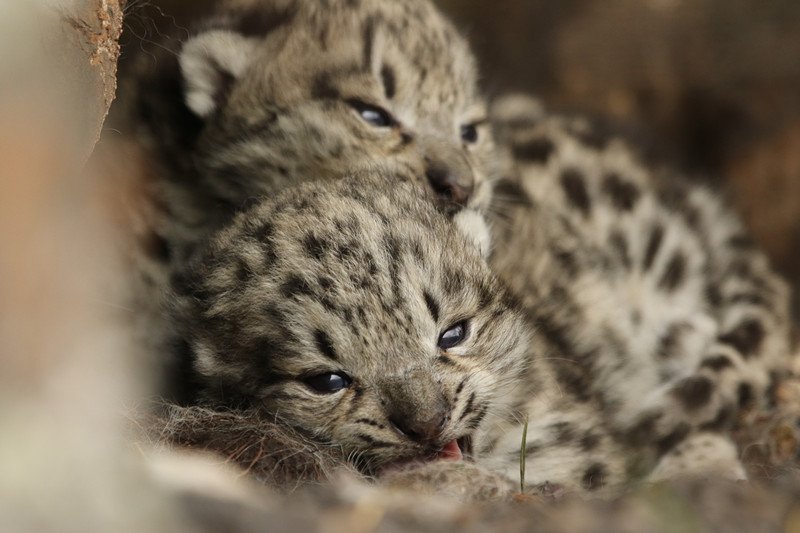 Located in the headwater region of the Yangtze River, Yunta Village has a rich biodiversity.

Xiao Lingyun, a postdoctoral researcher at the Center for Nature and Society affiliated to Peking University, said wild animals could migrate quickly along rivers or across frozen rivers without being hindered in winter. There are signs that the region could be an important passage linking nearby snow leopard populations.

"The findings based on the herdsmen's monitoring are both valuable and effective," Xiao said. The researchers will continue to carry out in-depth research in the region, and push forward ecological monitoring training for herdsmen in the Sanjiangyuan (Three-River-Source) area.

Jagong Zala, an employee with the Beijing Shanshui Conservation Center, said many local herdsmen got along with wild animals living in the same area and had plenty of time for in-depth observation. Their analysis and discoveries based on scientific training and traditional experience can inspire researchers.

During the monitoring process, the herdsmen developed deeper affection for the animals, and gave every snow leopard a Tibetan name, such as Kurlha, Tsering Tsomo, meaning snow lotus and longevity respectively.

"The monitoring work made me realize wildlife and us are all children of nature," said Tamdrin Pande, a Yunta herdsman. "We are sharing the same sky and earth. Only when the animals live well can we lead a good life."