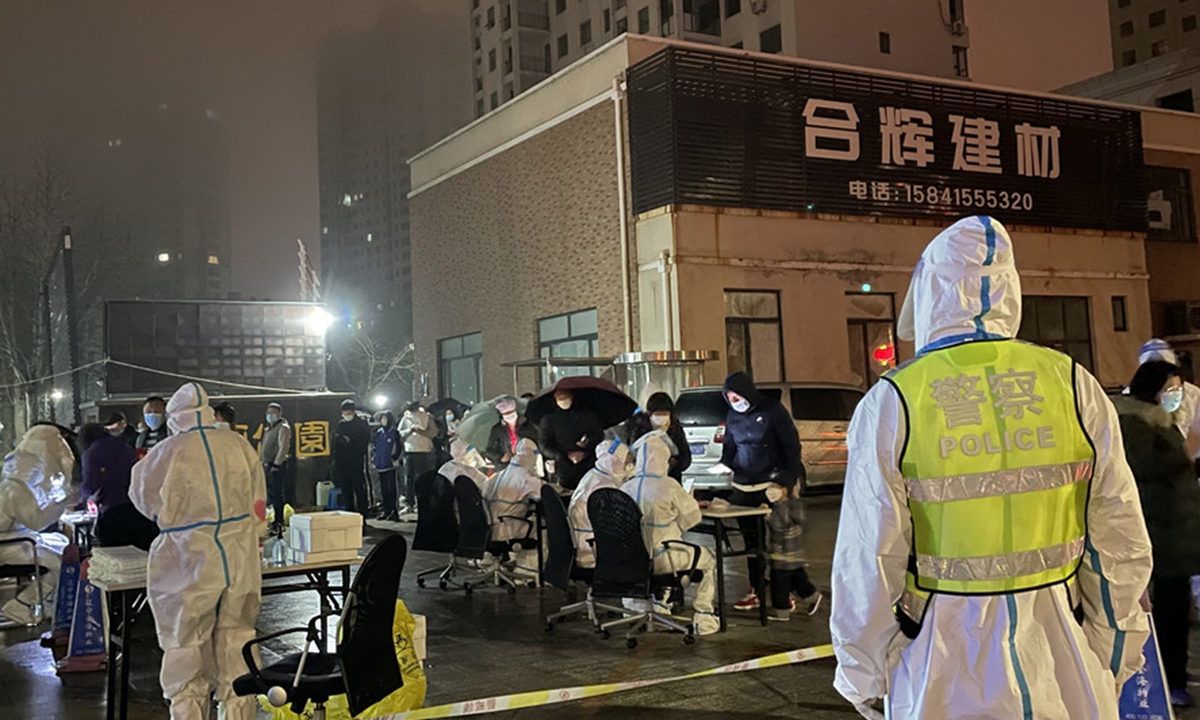 Residents in COVID-19 risk-free regions in Dandong, a border city in Northeast China's Liaoning Province have been allowed to move around freely in an orderly manner within the city so long as they have a negative nucleic acid test result within 48 hours, the local authorities said on Friday.

Dandong has completely lifted restrictions on cargo vehicles traveling between the city and COVID-19-risk-free areas, an official from Dandong said at Friday's press briefing. Cargo vehicle drivers and passengers can move freely within risk-free regions with healthy codes and negative nucleic acid results within 48 hours and other conditions.

The city has been hit by several waves of the epidemic during the past two months, which has caused a serious impact on economic and social development as well as daily production and life, Dandong Mayor Hao Jianjun said at Friday's press briefing.

As of Friday, the city has reported 249 positive cases since May 24 in 121 communities. According to the current epidemiological investigation, the source of transmission is still unknown, and there is still the possibility of sporadic cases, according to local authorities.

The city issued a notice on early Friday to resume production and daily life in an orderly manner, indicating that the epidemic in the city is generally under control.

Some public venues including shopping malls, wholesale markets, supermarkets and barber shops shall control the number of people entering, while nursing homes and welfare homes are under closed-loop management. Entertainment venues including theaters and KTVs will remain closed, according to the notice.

Liaoning provincial authorities held a video conference on Thursday night over the anti-epidemic work in Dandong following the controversial case of an old man who attacked a police officer. It led to wide discussions online over one-size-fits-all anti-epidemic policies.

Dandong Mayor Hao Jianjun said that the work on epidemic prevention still falls short of people's expectations. There are problems such as epidemic information and response to people's concerns not being timely and comprehensive. Hao said they will listen to the voices from the people, have deep self-reflection and improve the related work to curb the virus effectively.

The latest wave of the epidemic has seen sporadic cases in many places and the source is unknown, according to the authorities.

Although some cases are in the same community, or live close to each other, the source of infection is sometimes different, with dozens of transmission chains detected in the latest wave of the epidemic, said the authorities.

Since June 13, the city has started to resume production and daily life in an orderly manner under classified and precisely controlled management, according to the authorities.

Dandong has established 2,000 quarantine venues since May 1, as part of the efforts to curb the pandemic. Now the city is establishing makeshift hospitals, which are expected to be used in the first half of 2023, according to the authorities on Friday.