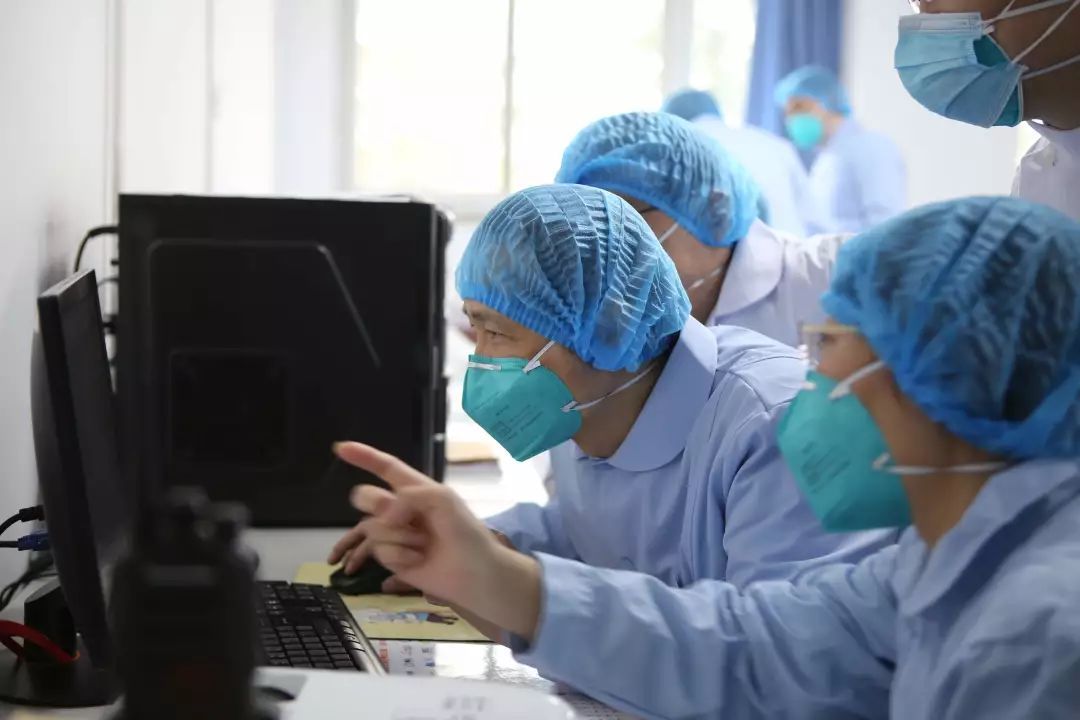 Editor's note: This story, the second in a series of three, shares front-line experts' views on the turning point in the battle against COVID-19 in Wuhan, Hubei province. These stories are expected to give readers more insight into how China and its people remained steadfast through the darkest moments of the outbreak.

For many medical workers and residents in Wuhan, Hubei province, memories of the period from late January to mid-February remain terrifying, even though the city has been gradually returning to normal and all COVID-19 patients have been discharged from the city's hospitals.

During those weeks, the virus was spreading rapidly in the city. Medical resources, particularly hospital beds, were too limited to meet the demand, said Zhang Dingyu, president of Jinyintan Hospital－the first designated hospital for COVID-19 patients in Wuhan.

"People were deeply worried that they wouldn't be treated if they fell ill, because of the severe shortage of medical resources," he said in an interview on Thursday.

Fever clinics were packed with people. Many COVID-19 patients with relatively minor symptoms were sent home for isolation because there weren't enough hospital beds－making them sources of community infections.

"People at home tended to ignore signs that their condition was deteriorating, so when they finally came to the hospitals, they were already too ill," Zhang said.

"Many countries are still choosing to send COVID-19 patients home like we did at the early stage of the outbreak, so we see their infections continuing to climb."

It later became clear, Zhang said, that setting up temporary hospitals by converting large indoor facilities like exhibition halls and stadiums was the turning point in the city's fight against the outbreak.

That not only ensured all patients could be admitted to proper medical facilities to cut off possible transmission routes, but also helped set people's minds at ease that everyone would be able to receive proper medical treatment, he said.

In Wuhan, the construction of such hospitals started on Feb 3, with the first three being completed in 29 hours. In total, 16 temporary hospitals with about 14,000 beds were set up. They took in more than 12,000 patients with mild symptoms, accounting for about a quarter of all the 50,333 infected patients in the city, officials said.

The temporary hospital set up at Wuhan Living Room Exhibition Center is visible from Jinyintan Hospital. "About 60 patients at the hospital were transferred to our hospital as soon as their conditions worsened," Zhang said.

"Unlike previous seriously ill patients, those transferred from temporary hospitals were very calm and recovered sooner, knowing that they were going to get proper support," he said.

With the epidemic under control in the city, all makeshift hospitals in Wuhan were closed by March 10.

"I felt much less worried with the establishment of the temporary hospitals, particularly after learning about the living conditions and medical care on the news, as I knew we could get proper treatment even if we were infected," said 38-year-old Wuhan resident Li Li.

Large-scale screening of those infected or suspected of having been infected through door-to-door visits in communities in Wuhan also played a key role in slowing the epidemic's progress in China, said Jiao Yahui, who is responsible for medical administration and supervision at the National Health Commission.

On Feb 6, the central work group guiding anti-epidemic efforts in Hubei, headed by Vice-Premier Sun Chunlan, pushed Wuhan's government to ramp up screening. In the city, 6,326 confirmed or suspected COVID-19 patients were found among the 4.21 million households.

"By doing so, we could ensure that no patient was left unattended, and sources of infection were isolated," said Jiao, who arrived in Wuhan on Feb 2 and left the city on Sunday. "Also, the decision to lock down residential areas allowed us to carry out thorough screening in communities more effectively and quickly."