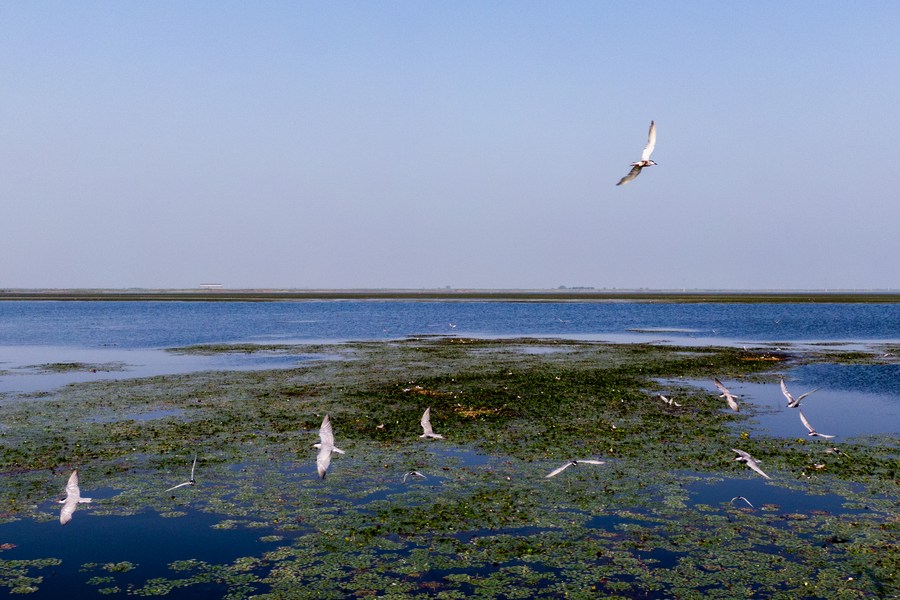 The 14th Meeting of the Conference of the Contracting Parties to the Ramsar Convention on Wetlands closed on Sunday, with a framework and resolutions adopted displaying global consensus on wetlands protection.

The framework focuses on the role of wetland protection and restoration in promoting sustainable development and addressing global environmental challenges. It aims to boost technical and scientific cooperation and exchanges.

The Wuhan Declaration calls for the promotion of legislation and enforcement for the protection, restoration, management and sustainable use of wetlands. It encourages prioritizing conservation and management of vulnerable ecosystems including peatlands, coral reefs and seagrass beds, mangroves, highland wetlands and groundwater systems.

The COP14 was held from Nov 5 to Sunday, in Wuhan, Hubei province, and Geneva, Switzerland.

Other outcomes of the COP14 included 21 resolutions.

Among them, three resolutions were proposed by China, including setting up an international mangrove center in Shenzhen, Guangdong province. China welcomes all related parties to participate in the building and operation of the center.

At the meeting, China also proposed that it will build wetland-type national parks. Under the plan, China will designate a number of national parks, accounting for about 10 percent of the country's land area.

It will also establish a network for the protection of bird migration channels in China.

During the meeting, seven Chinese cities or districts — Hefei in Anhui, Jining in Shandong, Liangping district in Chongqing, Nanchang in Jiangxi, Panjin in Liaoning, Wuhan in Hubei and Yancheng in Jiangsu — received the certification of International Wetland Cities from the convention's secretariat.

The Ramsar Convention on Wetlands is an intergovernmental treaty that provides the framework for national action and international cooperation for the conservation and use of wetlands and their resources. It has 172 contracting parties so far.

Every three years, representatives of the contracting parties meet at the conference, where they adopt decisions on the administration of the convention and guide its implementation.

Since its accession to the treaty in 1992, China has taken action to tackle global challenges such as shrinking wetlands and the degradation of their ecological functions.

It was decided that Zimbabwe would host the 15th meeting.