Editor's note: On Tuesday evening, Zhong Nanshan, a leading respiratory disease expert, was invited to participate in an online live broadcast hosted by Tencent to share his latest views on COVID-19. 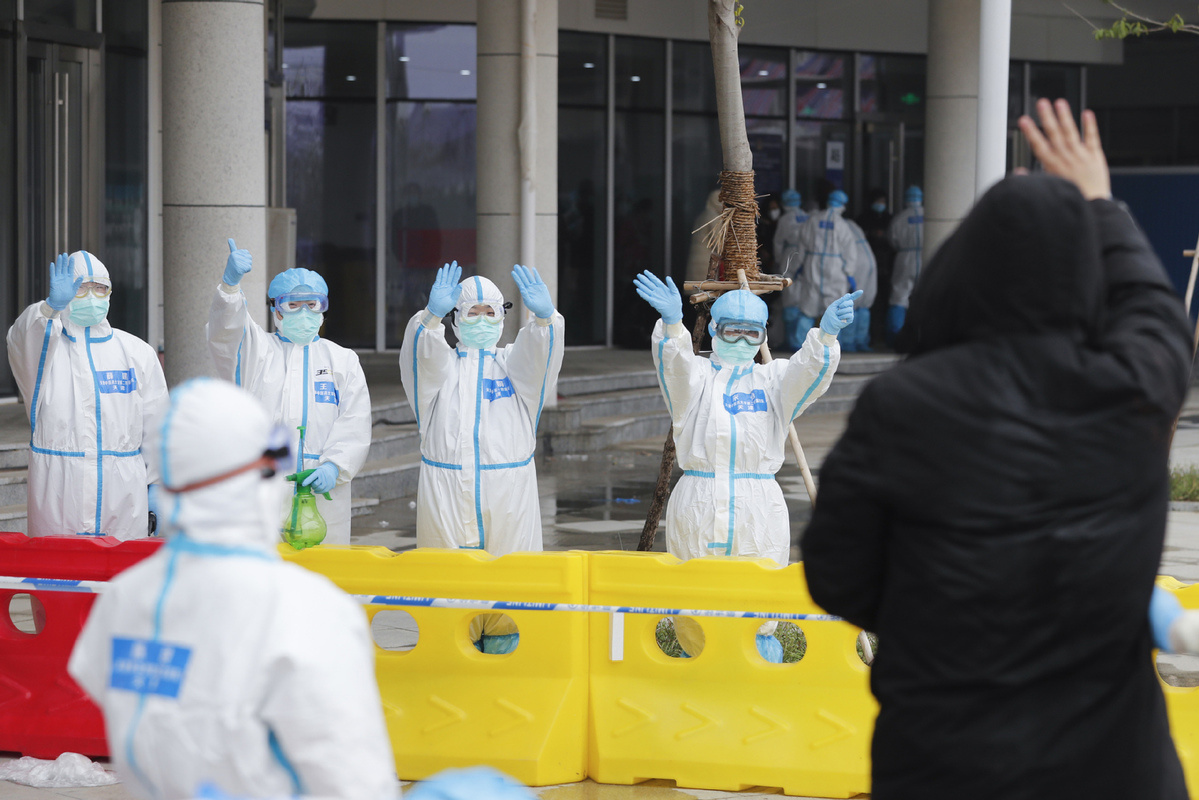 Will the patient have sequelae, or lasting conditions, after recovering from COVID-19?

Those healed from COVID-19 showed some decrease in lung function in general, especially in diffusion function, which means the efficiency of air exchange between alveolar capillaries would be affected. But it is believed that it will gradually recover over time. So far, the interval has been relatively short, so the patient has had to be reviewed.

How effective is traditional Chinese medicine in fighting against the epidemic?

Chinese medicine has some certain effects on the prevention and control of COVID-19.

For example, Lianhua Qingwen medicine might be a little weaker against novel coronavirus pneumonia, but it has a good inhibitory effect on damage to tissue cell inflammation caused by the epidemic. And it's proved effective to reduce fever, cough, and speed up recovery.

Consisting of five herbal extracts, Xuebijing, an injection developed and marketed during the severe acute respiratory syndrome (SARS) epidemic in 2003, can relieve symptoms and reduce the rate of fatalities.

We can't judge if the Chinese medicine or western medicine treatment is effective just based on impressions, but prove it according to medical methods.

Are there any effective drugs to treat COVID-19?

The first large-scale clinical efficacy study of remdesivir, published in the New England Journal of Medicine not long ago, found that the drug was effective in severe cases with a response of 68 percent, so we can say it's rather effective.

China has also made great attempts, and found that the effect of Kaletra (a combination of lopinavir and ritonavir) is not that obvious, but chloroquine phosphate is proved effective.

Will patients who are discharged from the hospital after initial recovery but test positive again infect others?

They are less likely to cause infection.

Among the patients who have been clinically cured, a small number of them have tested positive for a second time. We need to do some tests on them, like the detection of antibodies in the serum, which is commonly known as IgG. But even if the nucleic acid test is positive, the patients themselves would not be infected. It's like when you have the flu, you will not get the flu for a long time because you have antibodies.

Will COVID-19 become a new type of flu?

It is too early to predict whether COVID-19 will become a new type of flu or not.

The coronavirus can live in and spread between humans, and it's more transmissible than SARS, MERS and even the flu. We can't control how viruses evolve, so as time passes, whether it will turn into a common disease like the flu is not totally out of question. But as the fatality rate of COVID-19 is still quite high now, it can't be called a flu.

Will there be another round of outbreaks of COVID-19 in China?

If we conduct active prevention and control, it's unlikely to appear another round of COVID-19 outbreaks.

After more than three months of efforts, new cases and transmission in China have been minimized. But as imported cases are inevitable, indigenous ones are likely to rebound.

As long as there is communication between outside and inside China, there is a chance that imported cases infect people inside China. This risk is always present and cannot be avoided.