Catering service providers may face a fine if they encourage or mislead consumers into ordering excessive quantities of food which causes waste, and refuse to rectify the problem after being warned by market supervision departments, according to a draft law. 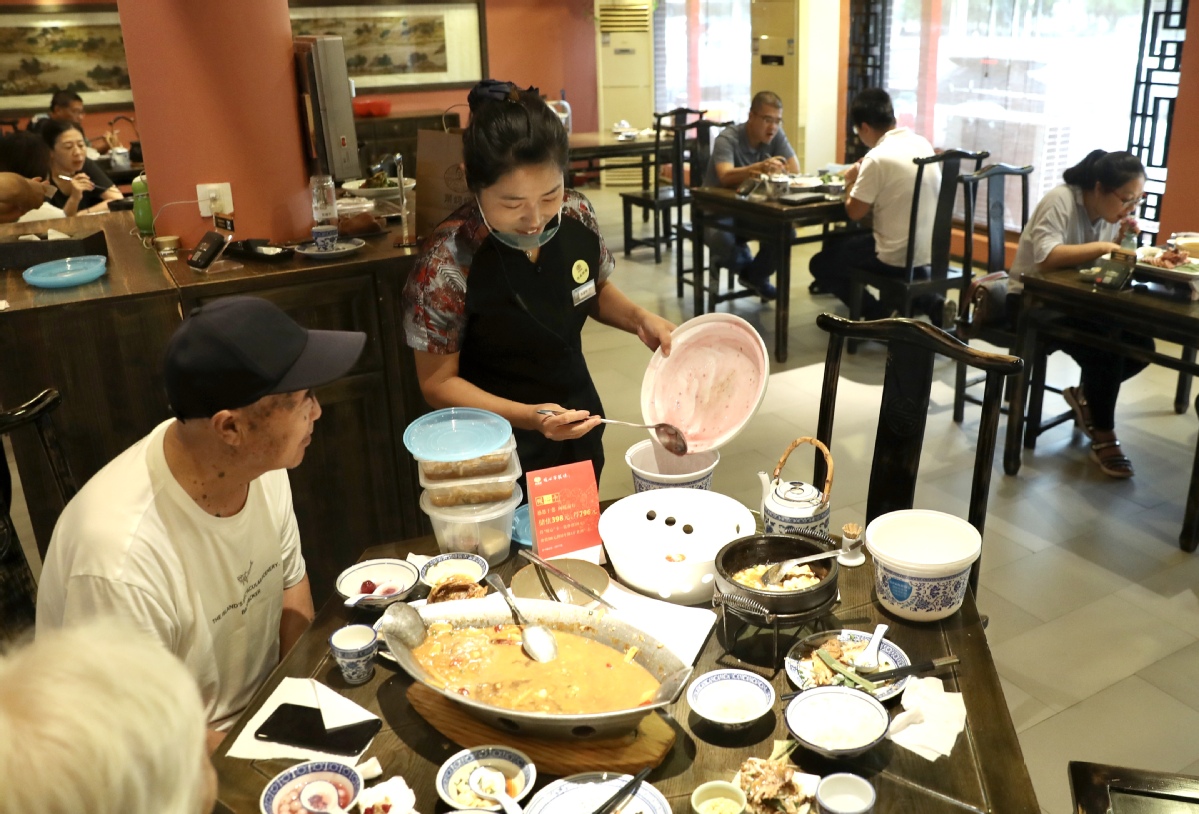 The fine ranges from 1,000 yuan ($153) to 10,000 yuan in line with the draft law on preventing food waste, which has been submitted to the ongoing bimonthly session of the Standing Committee of the National People's Congress, China's top legislature, for its first review on Tuesday.

In general, a draft will become law after being deliberated three times by the top legislative body.

The draft law requires catering service providers to remind consumers to order food in accordance with their actual needs. The menu should include more information, including how many people are recommended to eat set meals, it said.

Catering service providers can ask consumers who waste too much food to pay a fee based on the amount of their leftovers, it said, without giving an exact payment standard.

The 32-article draft is of importance in promoting a healthy, rational and green lifestyle and consumption, and it is also essential to accelerating the construction of a resource-conserving and environmentally friendly society, Xu Anbiao, deputy director of the NPC Standing Committee's Legislative Affairs Commission, said while explaining the draft to legislators on Tuesday.

Food security is a foundation of national security, he said, adding that food waste also means invalid consumption of productive materials, including water, land and energy.

"The waste problem is like an illness that still exists and happens again and again," Xu said. "It has been a big complaint among the public, while some NPC deputies and political advisers also suggested that we should take legal measures to curb food waste."

Since the 18th National Congress of the Communist Party of China in 2012, President Xi Jinping has emphasized on many occasions the need to stop the wasting of food.

After Xi stressed putting an end to wasting food in August, the top legislature began working on the legislation. From then on, a special team for drafting the law was formed, and similar overseas laws, rules and regulations were referenced, including those from the European Union, Japan, Italy, France and the United Kingdom.

While regulating catering service providers, the draft also clarifies the ban on making or broadcasting programs or videos related to excessive eating, noting that violators who refuse to correct the problem after being reminded by cyberspace administrations will be fined from 10,000 yuan to 100,000 yuan.

Furthermore, government agencies are also ordered to play their role as supervisors in curbing food waste, it added.