Inaugurations of new shopping malls in Shanghai hit a 10-year low in 2020. Still, the recovery started in the second half of the year. Supply is expected to continue rising in the new year, said a report from property consultant JLL.

Renovation of a shopping mall called Mix 6 started in 2019 in Shanghai, but the work remained suspended during the pandemic. Now with the virus under control, retail openings began last August. More than 85 percent of the mall shops have been rented out, and an official grand opening will take place after the Spring Festival.

Mix 6's re-activation in the third quarter of last year is an epitome of what happened with Shanghai's overall retail property market. Real estate consultant CBRE data showed that demand for shopping space rebounded from negative territory beginning in the fall and has climbed steadily since.

And while restaurants were affected severely at the beginning of 2020, they have now recovered faster than any other businesses. CBRE said 40 percent of current rental demand is from the dining sector. 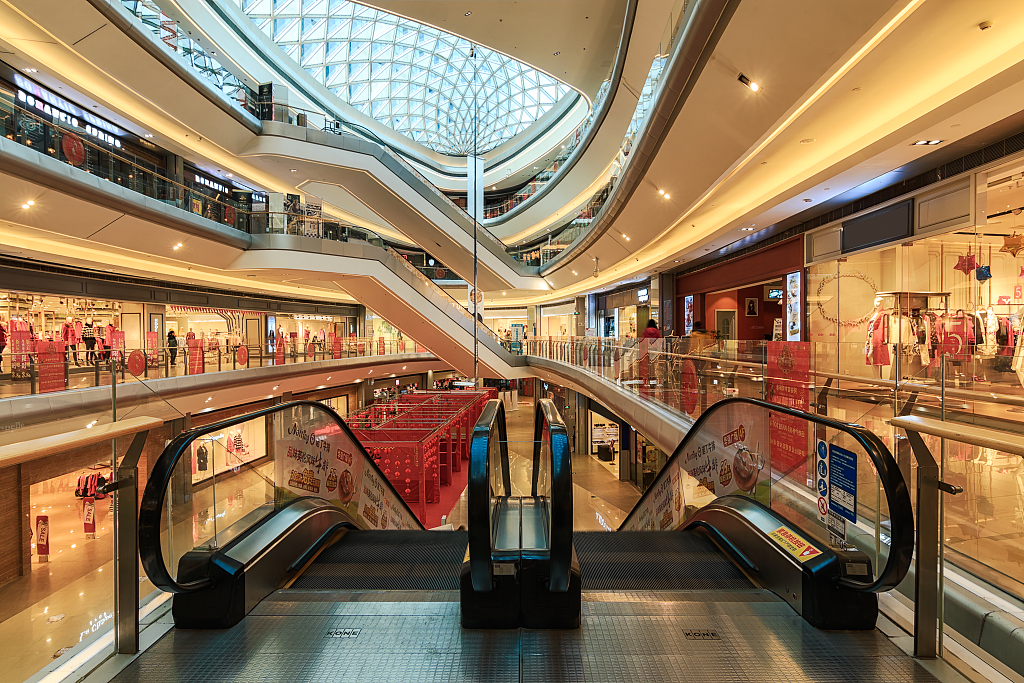 "Dining is always an integral part of city life. You can purchase fewer clothes, but you cannot refuse meals after a day. Besides dining, we also found people cannot live without social as well. We can see a lot of experimental renters looking for new space in Shanghai like pet cafes and interactive theatres like role-playing games," said Faye Qiao, senior analyst of research at CBRE Eastern China.

Property consultant JLL's latest report shows full-year new retail space supply came in at only 243,000 square meters in 2020, after more than 60 percent of planned projects wound up being delayed. But that means there will be even more supply coming online this year.

"New retail property supply in 2021 is expected to reach 1.97 million square meters, including 33 commercial projects in downtown and city outskirts. Some projects were postponed by the pandemic, but that doesn't mean these projects will never open. We will see an explosion of new openings in the third and fourth quarter this year," said Ellen Wei, head of retail at JLL China.

There were already signs of that in the last quarter when JLL reports that vacancy rates in the city center, as well as suburban areas, began to decline.