Known as the detective painter and the talented sketch artist, Lin Yuhui, a retired policeman, has specialty to recreate the image of missing person to help parents find their lost children, reported by Chengdu Business News.

Today, over 200 mothers and fathers are on a waiting list, in need of his artistic assistance. 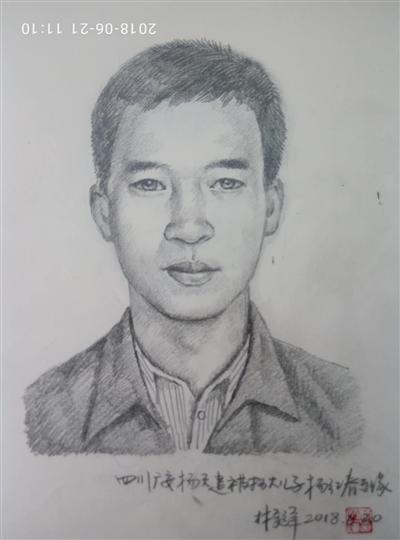 It was 18 years ago at a train station when two women in Wuchang, Hubei Province kidnapped Yang Tianjian and Feng Guanghi’s two sons.

Recently, the couple traveled to Jinan, capital city of Shandong Province, to see if the retired police officer could create sketches of their boys.

Yang said he first learned about Lin through his friend, Wang Minqing, in Sichuan Province, who told him about Lin’s amazing sketch skills.

Lin was able to reunite Wang and his wife with their daughter who was kidnapped 24 years ago.  Yang asked Lin Yuhui to draw the image of his sons and Lin agreed to his request.

According to Chengdu Business News, so far, two families have been reunited with their lost children because of Lin’s warmhearted help.

Lin provides his services for free and has never charged anyone in the past.  The retired police officer emphasized that for anyone who says he has charged a fee is a liar.