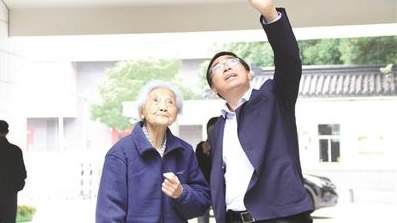 At the age of 99, a retired Chinese teacher is said to have realized her dream of donating all her savings to help children in poverty-stricken communities.

According to a report in the Yangtze Evening Post on October 22,  Zhou Yingfang, from Changzhou in East China's Jiangsu Province, has no children and no relatives after her husband died six years ago.

So she decided to donate 300,000 yuan (around $45,200), which she saved during her lifetime, to enabling poor children to attend school.

Her life of frugality after retiring from Juqianjie Primary School surprised even her carer because of the simple furniture and dark lights in her home, which just meet the fundamental needs of using and lighting.

A Changzhou government official is reported to have said that the donation was the largest in recent years to the Hope Project, which helps poor children get an education.

Zhou has also been helping needy families in the communities to improve their lives by providing them with a portion of her monthly pension every month for eight years. 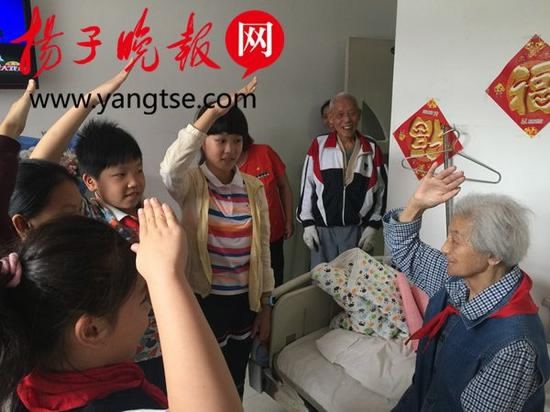 Zhou Yingfang, 99, with children at her home. /Photo via  Yangtze Evening Post

Zhou said her decision was linked to the experience of her youth. She had to drop out of school due to straitened circumstances in her family, and she did not want the same thing to happen to those young people that she regarded as her own children.

Given that education can change people’s destiny, Zhou wants poor children to have a bright future.

Li, the headmaster of the Juqianjie Primary School, said  the whole school greatly respected the kindness of Zhou and would promote the spirit she had embraced.

Li said the school would offer assistance to the pensioner in her remaining days.