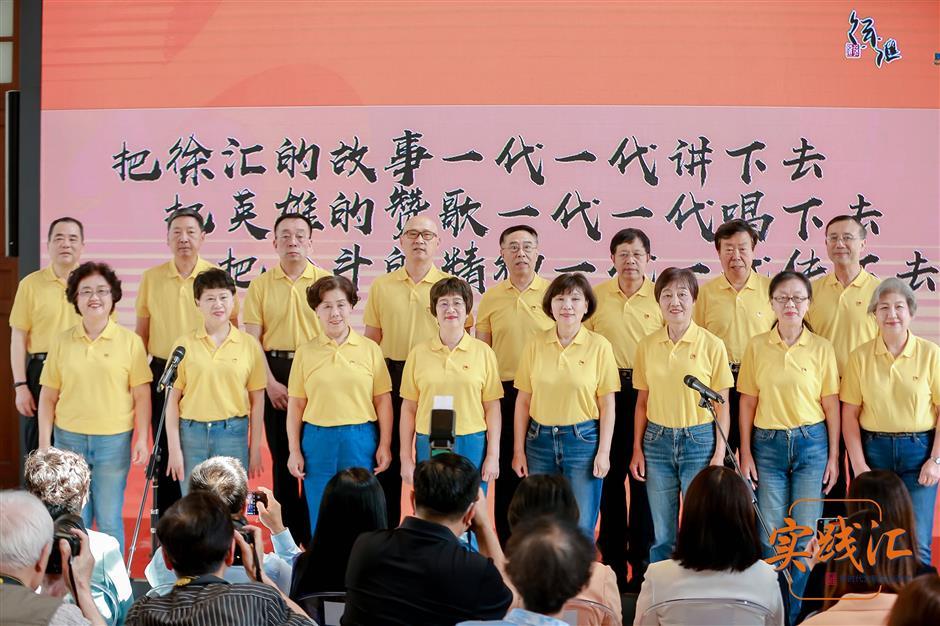 A volunteer lecturer team in Xuhui organized by retirees around 65 years old.

Retirees, office workers and young residents have organized various volunteer lecture teams in downtown Xuhui District to promote the history of Xuhui and the Communist Party of China.

They are giving lectures at downtown communities about Party stories, Shanghai's Reform and Opening-Up, as well as the history of Xuhui's development. An online platform has been launched to livestream their lectures.

"We used to contribute to the nation's prosperity with our youth and striving," said Lou Yunchang, former director of Xuhui's legislative body and the head of the volunteer team. "We now aim to inspire and enlighten the younger generation for their development."

Another popular lecture team in Hongmei Subdistrict is organized by office workers aged 33-years-old on average. About 30 volunteers created a lecture brand "Tell+Dream," where young white collar workers are encouraged to share their "China Dreams" and practice to achieve the target. 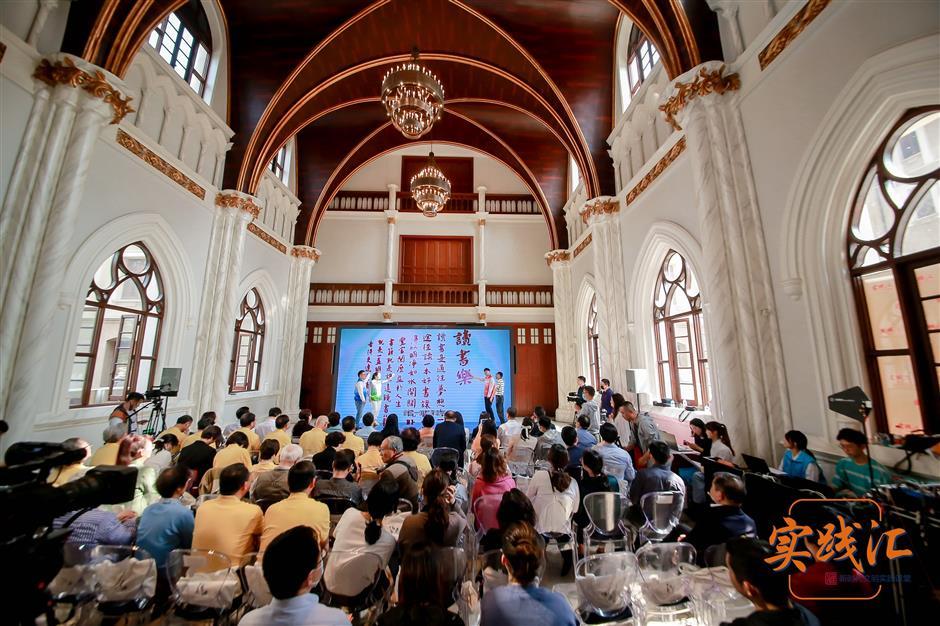 The Shijianhui lecture at the Xuhui District Hui Exhibition Hall.

The "Rising Wave" lecture team in Huajing Town, organized by young residents in their 30s, introduced state affairs, latest policies and news happening around the town, to senior residents.

Some of the lecturers introduced their practices at the Shijianhui, which literally means "practices gathering," which are held regularly at the Xuhui District Hui Exhibition Hall. The site was renovated from the historic Catholic Major Seminary.

The forum invites experts, community workers, volunteers and residents to share their experience and practices related to volunteer services. Six public lectures will be held both offline and online to introduce 25 volunteer and community services cases across Xuhui.

After the lectures end, the projects will be exhibited at "civilization practice centers" and be promoted across Xuhui. An expert panel including professors has been appointed to give suggestions about volunteer projects. 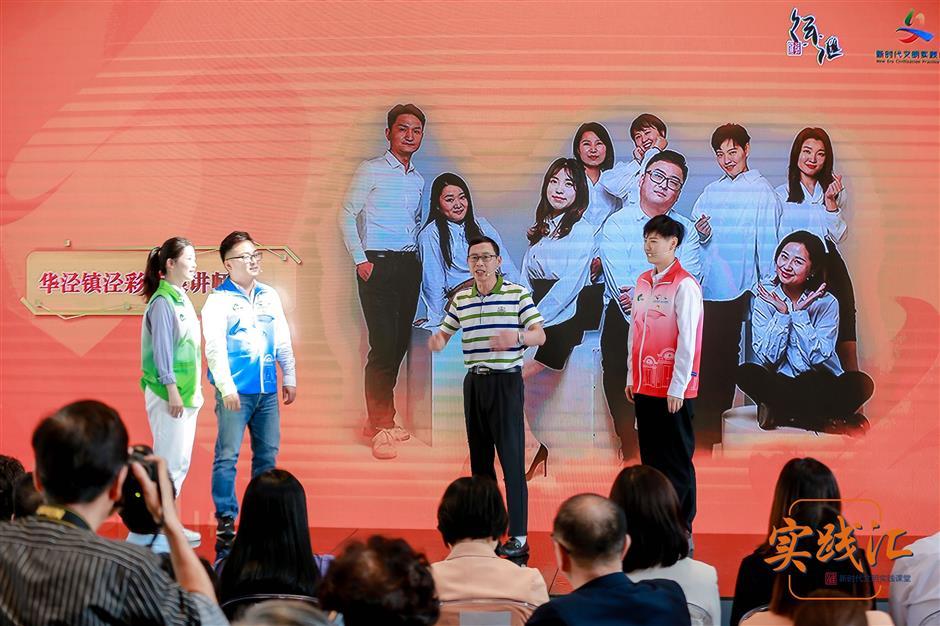