CHINA Returning to school, Gaokao & summer vacation: When is the right time?

Returning to school, Gaokao & summer vacation: When is the right time? 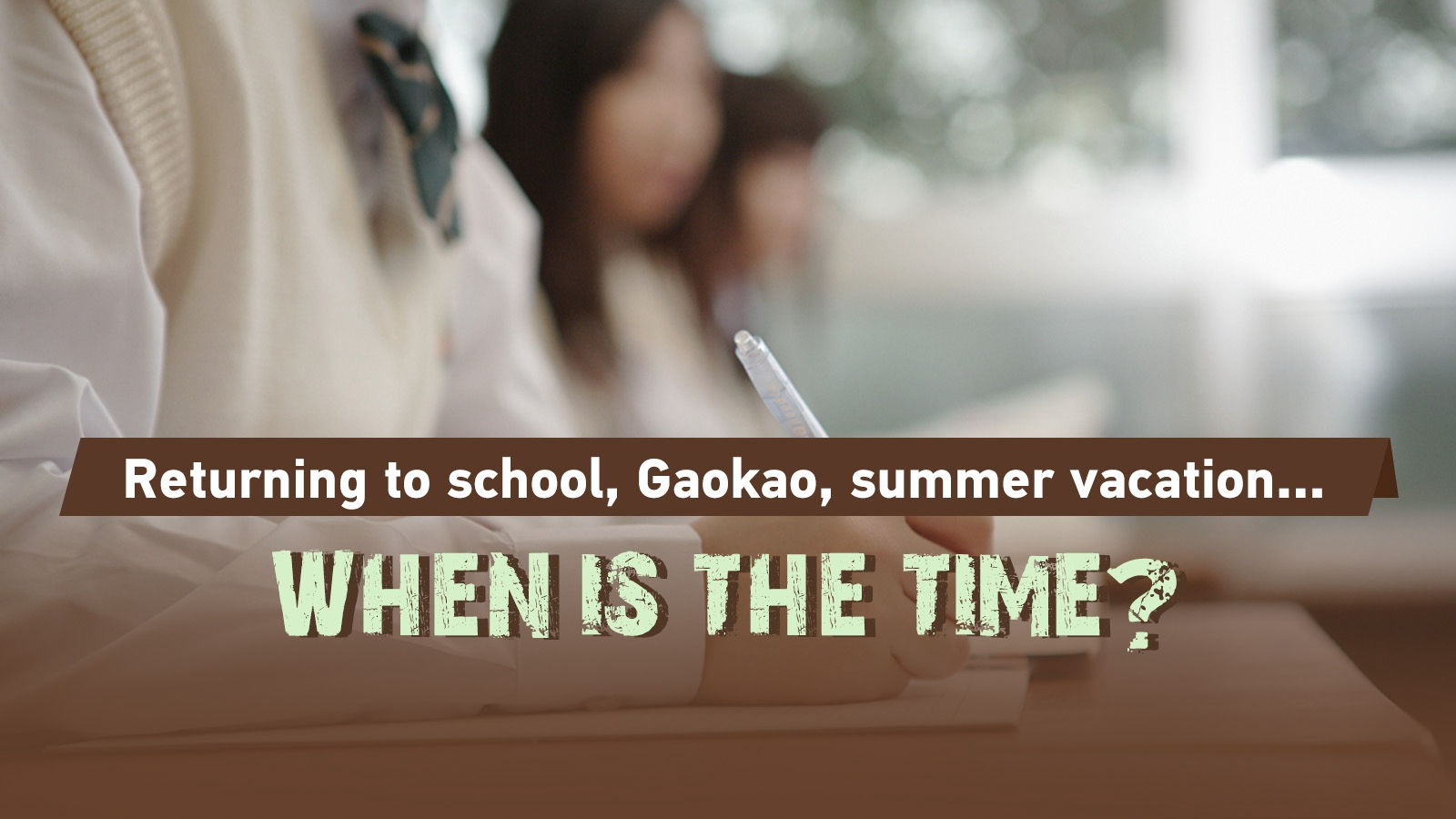 The Chinese Ministry of Education issued a notice on Tuesday confirming the postponement of the 2020 national college entrance examination by one month, to July 7-8.

The exam, also known as "Gaokao," is considered one of the most important examinations involving millions of Chinese high-school students. The notice has triggered a nation-wide discussion on social media, and has become an instant trending topic after being released.

During the routine press conference held on Tuesday afternoon about COVID-19 containment in the educational sector, three officials from the Ministry of Education further explained the reason for the most concerned questions, including the date for Gaokao, students' returning to school, the summer vacation and the fall semester …

Why is Gaokao postponed?

When asked about the reason for postponing the Gaokao, Wang Hui, director of the Department of College Students Affairs, explained that their first and foremost standpoint is to protect the life security of students and the staff involved in the organization of the exam.

Though the domestic COVID-19 epidemic was brought under control, the risks still exist for possibilities of sporadic, regional and imported outbreaks, Wang said.

The Gaokao is a large-scale exam involving millions of students, and the health of the students should come first while making such a decision, he added.

Besides, the educational equality is also one of the reasons for the postponement. The director said that during the epidemic, high-school graduate students have to study at home. Those in rural and underdeveloped areas could be affected by internet connectivity compared to their peers in urban areas.

"The basic value of the Gaokao is to uphold the fairness and justice. By postponing the exam, the graduates could have more time studying at school, which could help to maintain educational equality," said Wang.

Wang also noted that the local student recruitment committees have been working with sanitary departments to prepare for the organization of the exam, including making emergency plans for possible climate disasters, and the influence of high temperatures in July.

When is the right time for students to go back to school?

When is the time for students across the country to go back to school? This is probably a question that is very present in the minds of students and their parents.

As many provinces lowered their emergency response, some students have already gone back to school. There are more schools and colleges preparing for reopening. But are they ready?

Wang Dengfeng, director of the Department of Physical, Health and Arts Education, said at the press conference that the schools are asked to follow three basic principles while deciding the time to resume class: Firstly, the coronavirus was brought under control; secondly, the school has placed prevention measures for containing the coronavirus, and thirdly, the security of the students and faculties are well protected. 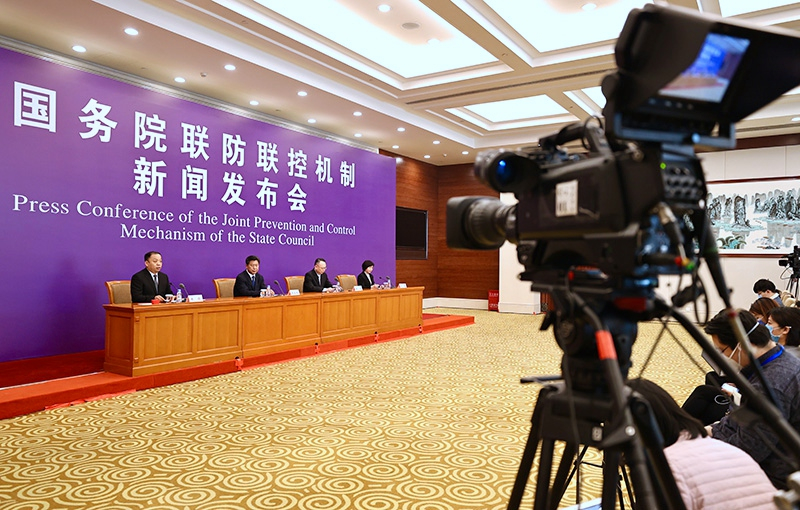 A press conference on Tuesday afternoon about education and prevention of COVID-19. (Photos: Xinhua)

For the students who have returned to school, they have to follow the national instructions about wearing face masks, which means all students in a classroom should put on a face mask.

Wang added that the schools should teach their students to form healthy habits once school reopens. For instance, maintaining a disciplinary schedule, having enough sleep and exercise, eating well and washing hands frequently.

For college students, Wang said that a number of colleges and universities have already settled to resume class in the first half of April, starting on Wednesday. Students will gradually go back to school in accordance with their grades and the locations of their hometown.

Only local students and those from low-risk areas are allowed to return. Students of high-risk areas will have to wait until further notice.

College graduates who have to use laboratories will be allowed to return to school in the first batch.

What about overseas students?

China has recently announced a temporary entry ban for foreigners with valid visas in an attempt to curb the surging imported infections. During Tuesday's press conference, Liu Jin, director of the Department of International Cooperation and Exchanges, said that the Ministry of Education has required colleges and universities to provide online lessons for foreign students who are unable to return to schools in China.

Liu said, universities and colleges are also asked to provide academic support for international graduate students, who need to complete their graduation papers. The schools will help these students with all necessary procedures if they are willing to undergo suspension, prolong their terms of study or wish to quit school.

According to the Ministry's data, about 1.6 million Chinese students are studying abroad, 1.42 million of whom have stayed put during the global COVID-19 pandemic. 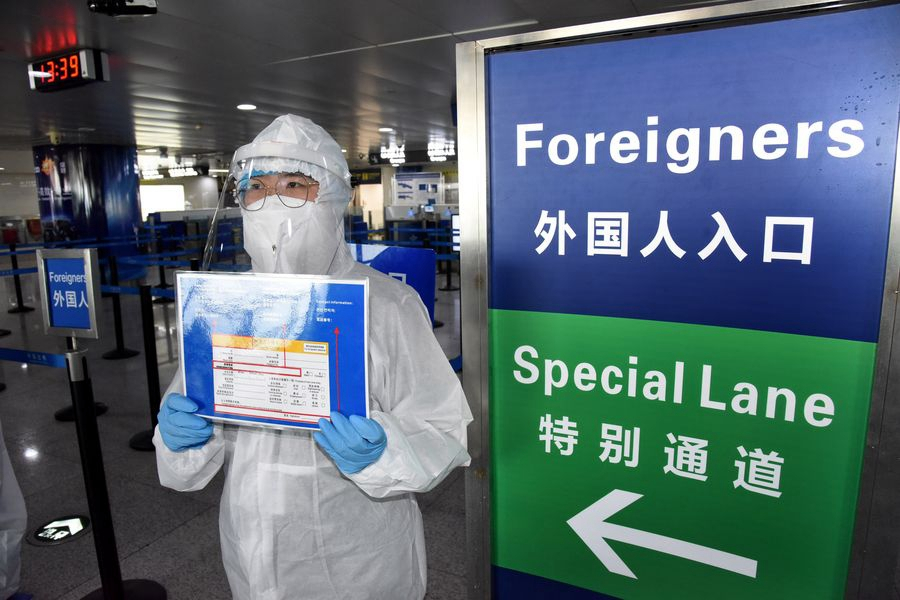 Liu said that of all the overseas Chinese students, 35 were confirmed of being infected with COVID-19, and 11 have recovered. The Chinese embassies and consulates will make sure that the infected students receive in-time treatment.

During the press conference, the officials also answered other questions concerning job-hunting for graduates and the arrangement of summer vacation as well as the recruitment of students after the Gaokao.

The Ministry of Education has made over 7 million positions accessible through an online job-hunting website launched at the end of February, providing 24-hour services for graduates, and has helped register at least 1.1 million people.

As for the question all the students seem to be concerned about – whether the summer and winter vacation would be affected by the prolonged vacation from February to at least April – the Ministry said it is up to the schools to decide.