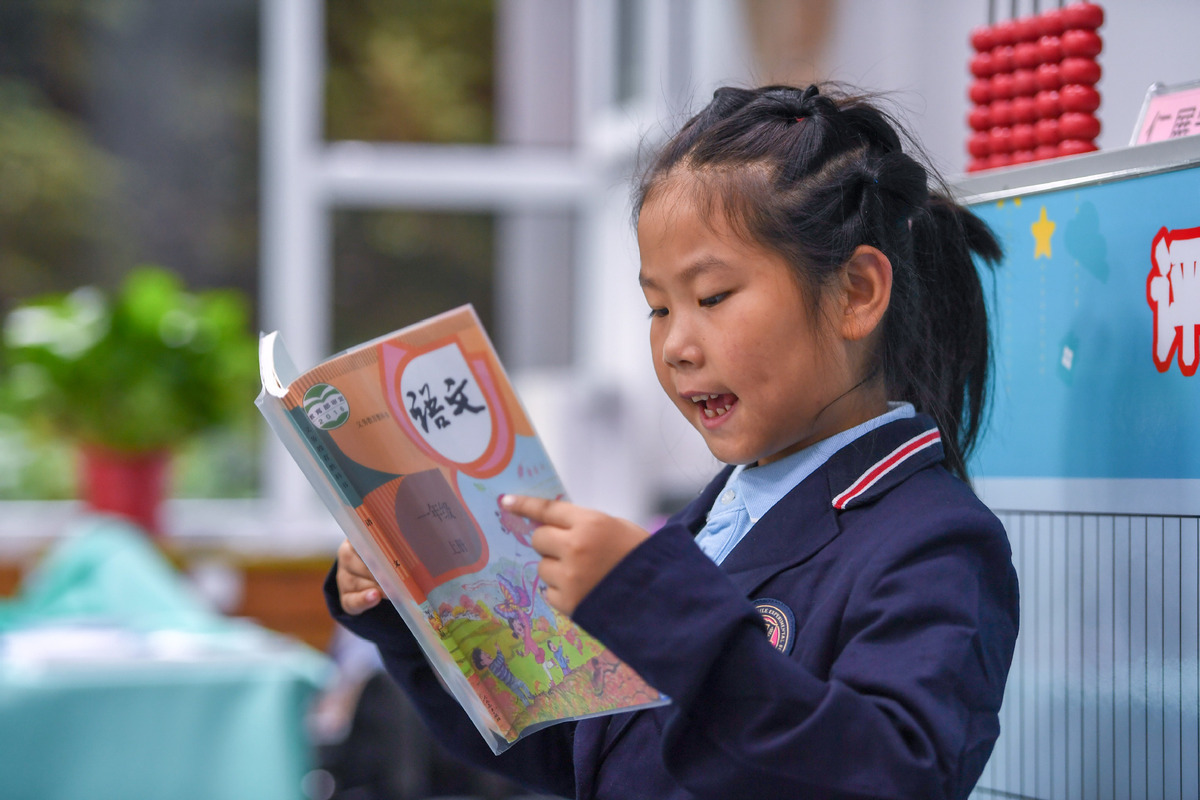 In the past five years, about 2.8 billion of school textbooks were sold per year, with total spending of 20 billion yuan($3 billion), news magazine Outlook Weekly reported, citing data released recently by the National Press and Publication Administration.

If these textbooks are reused for one year, the costs saved can be used to help build around 40,000 Hope Schools in impoverished regions.

The figures show that in 2018, the number of retailed textbooks for primary and secondary schools was 2.93 billion copies, totaling 25.99 billion yuan. If all of them are reused, a total of over 20 billion yuan will be saved per year.

Zhao Dehua, in charge of a company recycling resources, said many college graduates sell the textbooks they have accumulated over the years at an average price of 1 yuan per kilogram. As these textbooks are mostly used to produce recycled paper, the cost is even higher than that of raw paper as the processing procedure of recycled paper is complicated.

At present, free textbooks related to music, art and physical for the nine-year compulsory education have been reused, but account for less than a fraction of the total number of textbooks. Because of the supply chains obstruction, which increase the costs to match supply with demand, the lack of sound platform and service supporting system for the second-hand textbook trade, most of the textbooks used for compulsory education and higher education end up as waste.

"Every year, second-hand booksellers collect textbooks at a price of about 4,000 yuan a ton, which is more than twice the price of ordinary waste paper, but the number of people who come to collect second-hand books is still few," Zhao Dehua said.

Besides, the incomplete policies and regulations might bring second-hand book sales platforms and sellers to legal risks.

"Establishing the system of textbook recycling can not only save resources, but also help to cultivate students' consciousness and sense of responsibility," said Zhu Pin, deputy head of a school of nine-year compulsory education in Jiangxi province. The school has set up a system for reusing the textbooks and the books are disinfected every week.

Data from Xianyu, Alibaba's online platform for used goods, showed that 1.56 million textbooks were sold last month. It now has more than 30 million online sellers, with a 207 percent increase in the number of users aged 15 to 18 in March.