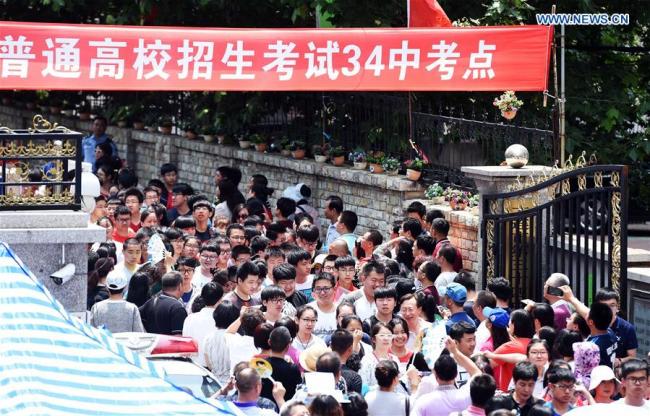 Starting from this year's gaokao, sports, math and science competition winners nationwide will no longer get bonus points added to their gaokao results, the ministry said in the circular issued last week

The ministry also canceled extra points for those who are named "provincial-level outstanding students" or those recognized for excellent moral performance.

The ministry said it would raise enrollment quotas for students from less developed central and western parts of the country and those from populous provinces.

In China, gaokao results are the main assessment standard for college admissions.

For years, China has awarded extra points to college applicants who win major competitions, which has prompted a boom in math and science training centers.

A total of 9.4 million Chinese high school students sat the national college entrance examination in 2017, according to the ministry.