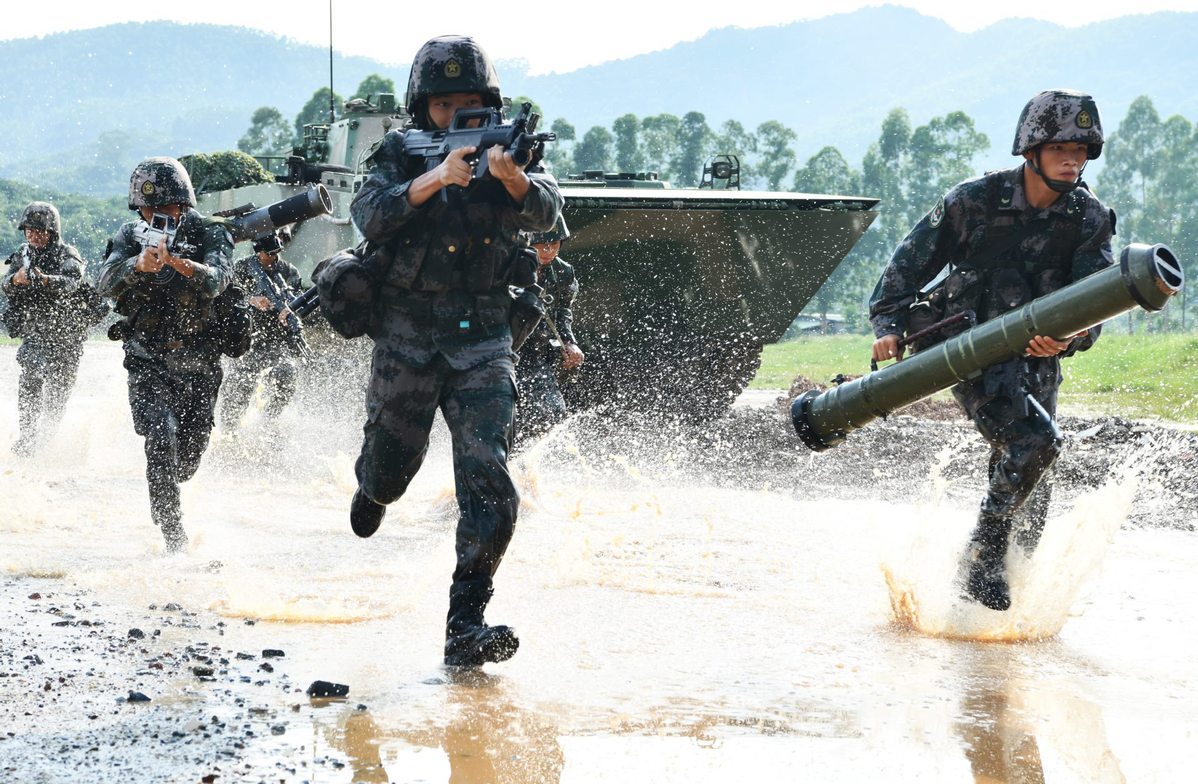 Soldiers of the "Hard-boned Sixth Company" of the 74th Army Group of the People's Liberation Army take part in a battle drill in a coastal area of Guangdong province on June 1, 2020. (Photo: Xinhua)

BEIJING -- The revised regulation on political work in the army has been released in China and came into effect recently.

The regulation, approved by the Communist Party of China Central Committee and the Central Military Commission, is expected to enhance the Party's leadership of military political work.

It also provides a solid political underpinning for building a world-class army in all respects.