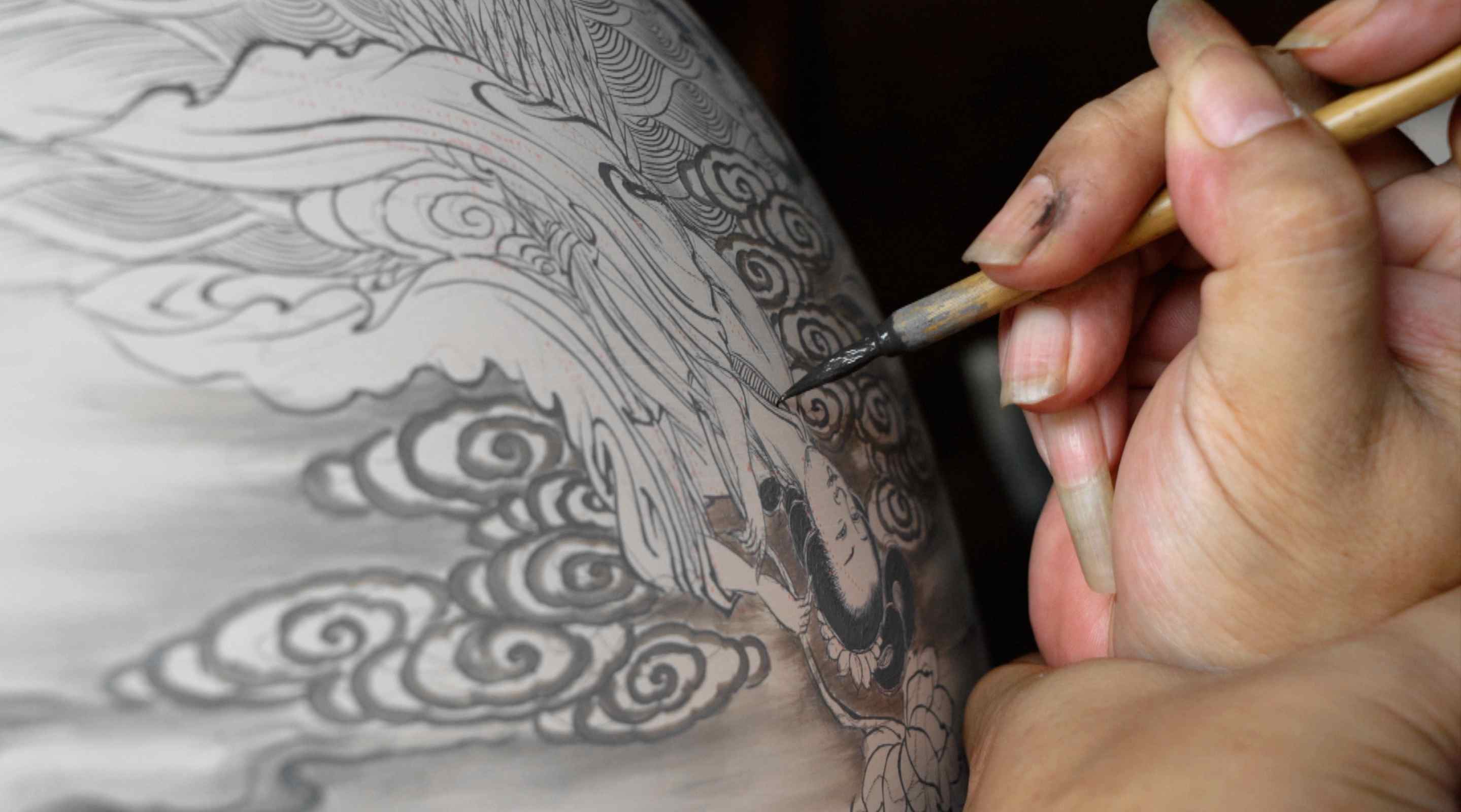 Jingdezhen, China's porcelain capital, is seeking to revive its culture.

Experts said there are 72 processes and that only a master could handle such intricate work.

From throwing to engraving, it usually takes a week to engrave a vase. Traditional Chinese realistic painting is also time-consuming.

Around a 15th century kiln, an intangible cultural heritage project was built to revive the tradition.

“We are sticking to the most original way of making porcelain several centuries ago,” said Yu Xilai, head of the project.

As one of the two remaining wood kilns in Jingdezhen, in China's northeastern Jiangxi province, it has only been used twice since being rebuilt in 2015. The firing process in the kiln is extremely hard to manage and the rate of defects is high.

“The gloss of this porcelain is not that dazzling. It's milder,” said Yu. “It is also worth over a hundred times more than those fired in a common gas kiln.”

It was said that porcelain made in a wood kiln is as clear as the sky, bright as a mirror, thin as paper, and as resonant as a bell. However, such rare artistry is in danger of being lost as few young apprentices have the patience or skill to manage it.

To attract more talented young craftsmen, a market was built in Jingdezhen. Booths are rent-free for entrepreneurs under the age of 30.

According to Guo, color glaze products are easier to make than traditional porcelain and are usually more favorable in home decor. But to succeed in the project, Guo said she “needs to be creative.”

The style of porcelain is aimed at young people, which also provides a stable income for entrepreneurs.

In the center of the market are the remains of an old kiln, a reminder of the tradition.

“If we found any counterfeit or fake products, they would be cleared out of the market,” said Li Linyang, manager of the market.

This is where tradition meets fashion. The most important value of the platform is to let younger generations really understand and inject their thoughts into the tradition that has been passed down for thousands of years.