Rights of servicepeople, their families protected 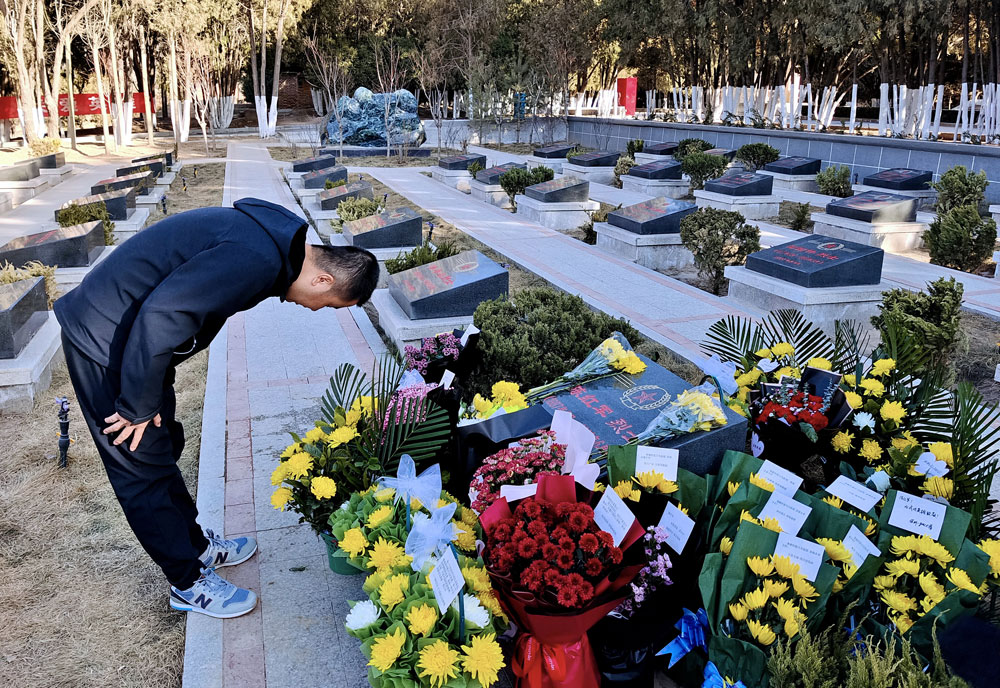 In this 2021 file photo Guo Huaide pays respects in Lanzhou, Gansu province, to Chen Hongjun, one of the four martyrs who died during the border clash with India. (Photo: China Daily)

Procuratorates have intensified legal protection of national defense interests and the legitimate rights and interests of servicepeople and their families, with 1,026 people having been prosecuted for military-related cases from 2021 to June 2022, said officials with the Supreme People's Procuratorate on Friday.

Local procuratorial organs have explored the establishment of a team for dealing with cases related to national defense and servicepeople, ensuring rapid acceptance and priority in handling and concluding cases, he said.

Among those prosecuted, 235 people impersonated soldiers for cheating and bluffing, 259 people were involved in forging, altering, buying and selling official documents, certificates and seals of the armed forces, and 54 people were found guilty of damaging soldiers' marriages.

In one typical case released by the SPP, a woman surnamed Wu impersonated an officer and repeatedly defrauded five victims for about 2.43 million yuan ($361,000) from 2016 to 2019.

During the period, Wu used a fake military certificate, uniform and the official seal of a hospital of the People's Liberation Army, which she bought online, to impersonate a major officer with the name of "Ye Lei", and made up that her parents were cadres of the army.

Wu claimed that she could help others join the army and jointly contract the support project of the army's hospital. She committed the fraud in Taicang of Jiangsu province and Zhengzhou and Xingyang of Henan province, and five people trusted her and offered her money several times.

In July 2021, the procuratorate in Taicang filed a public prosecution against Wu for committing fraud. In September, Taicang People's Court sentenced Wu to 10 years and six months in prison for fraud and fined her 100,000 yuan. Wu did not appeal.

In addition, they promoted the resolution of about 600 issues including protecting military facilities, confirming the land use rights for military purposes, and protecting the servicepeople's rights and interests, providing a strong legal guarantee for the military, he said.