XINING, Aug. 17 (Xinhua) -- Twenty two drilling rigs will be set up to rescue the workers trapped in a coal mine flooded by mud in Northwest China's Qinghai Province on Saturday. 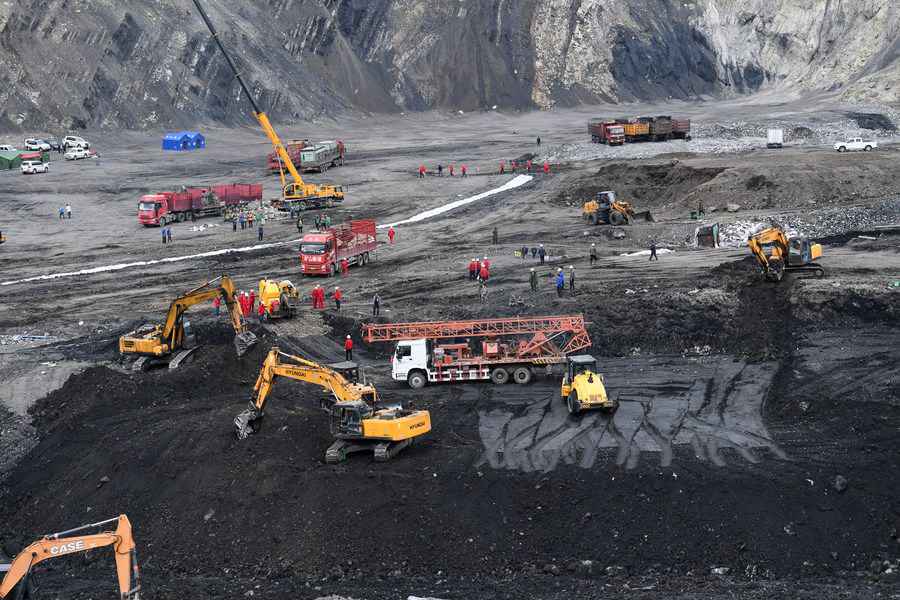 The accident happened around noon on August 14 when 21 people were working in the mine in Gangca County, Haibei Tibetan Autonomous Prefecture, said the provincial emergency management department.

Two miners had been lifted to the ground, including one confirmed dead, while the rest remained trapped, the department said.

Currently, the location of the trapped is about 90 meters down the mine. Starting from early Tuesday morning, two rigs have been drilling on-site to clear the mud and rescue the trapped.

Another 20 drilling machines will go into operation, each spaced 5 meters apart.

It is now the major flood season for Qinghai, and the province has seen frequent rainfall recently. Therefore, drainage facilities have been set up on-site to avoid further damage from waterlogging and infiltration, said Lyu Qiang, chief engineer from the provincial water resources department.

The coal mine structure and composition and the high altitude of around 3,800 meters on-site multiply the difficulties for rescue work.

According to a preliminary investigation, the provincial mine safety administration ordered the coal mine to suspend production and rectify irregularities on August 2.