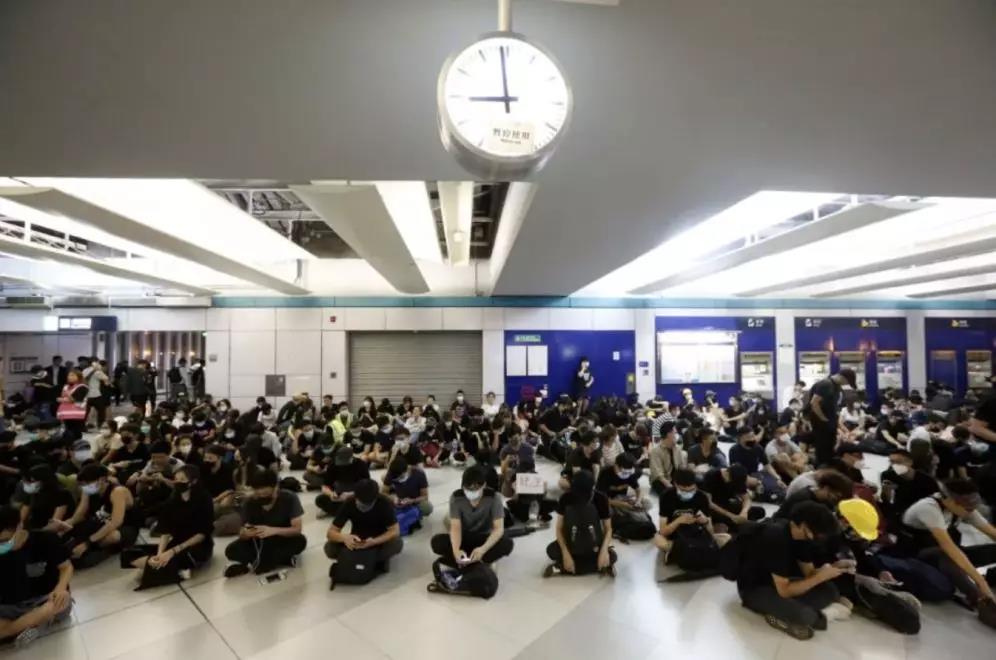 About 2,000 protesters in black illegally rallied in the lobby of Yuen Long Station on the West Rail Line of the Hong Kong MTR at 7:15 pm on Wednesday.

Protesters sat near the exits of Yuen Long, shouting slogans and putting up posters insulting Hong Kong police at bus stops at the traffic interchange. Some spray-painted slogans on the walls and removed a street sign and hung it around their necks for reporters to take photos.

Inconvenienced passengers were forced to take a detour because protesters sat on the ground and blocked access, leaving only a narrow passage down the middle. Ticket machines were blocked by protesters so passengers could not buy tickets.

People who could not enter the station were forced to stay in the mall, while shops were compelled to close early.

Large amounts of supplies, including black masks, food and water were arranged to be distributed to the protesters at 9 pm. 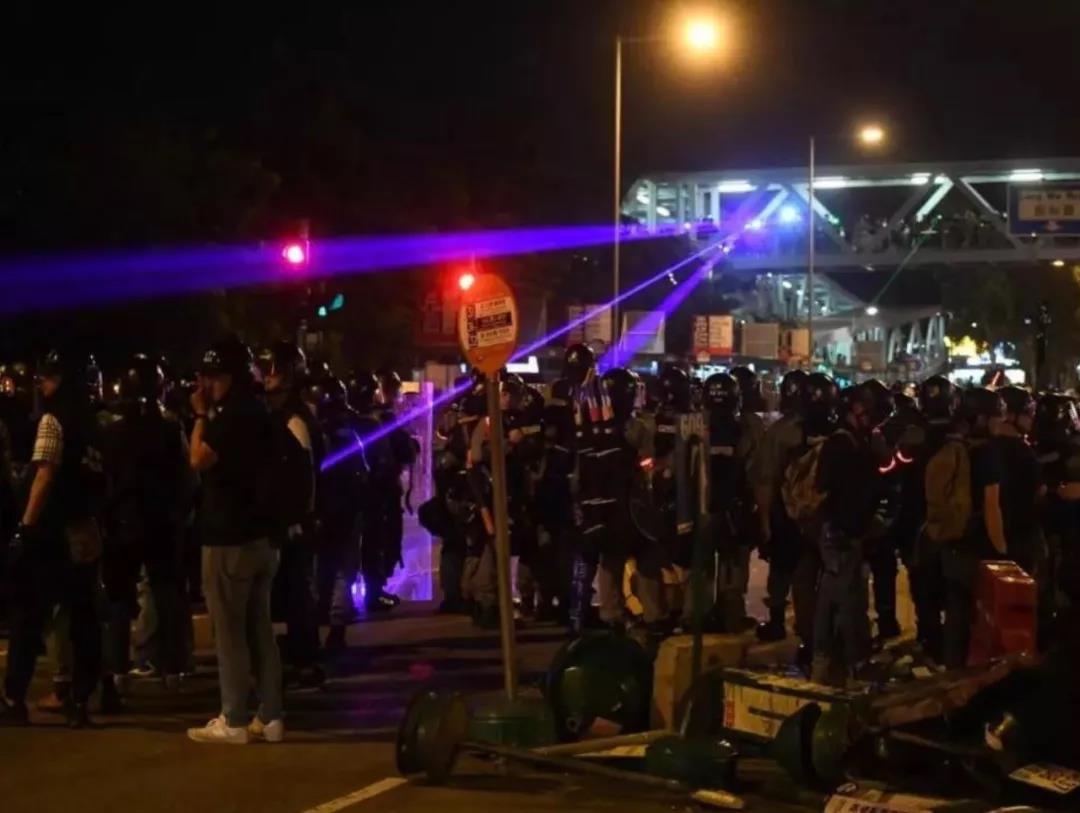 At the same time, cars carrying riot police stood guard. About 20 armed protesters approached the police at 9:30. They flashed laser lights at police and provoked them by yelling “police and their family go to hell” and “blow your head off.” 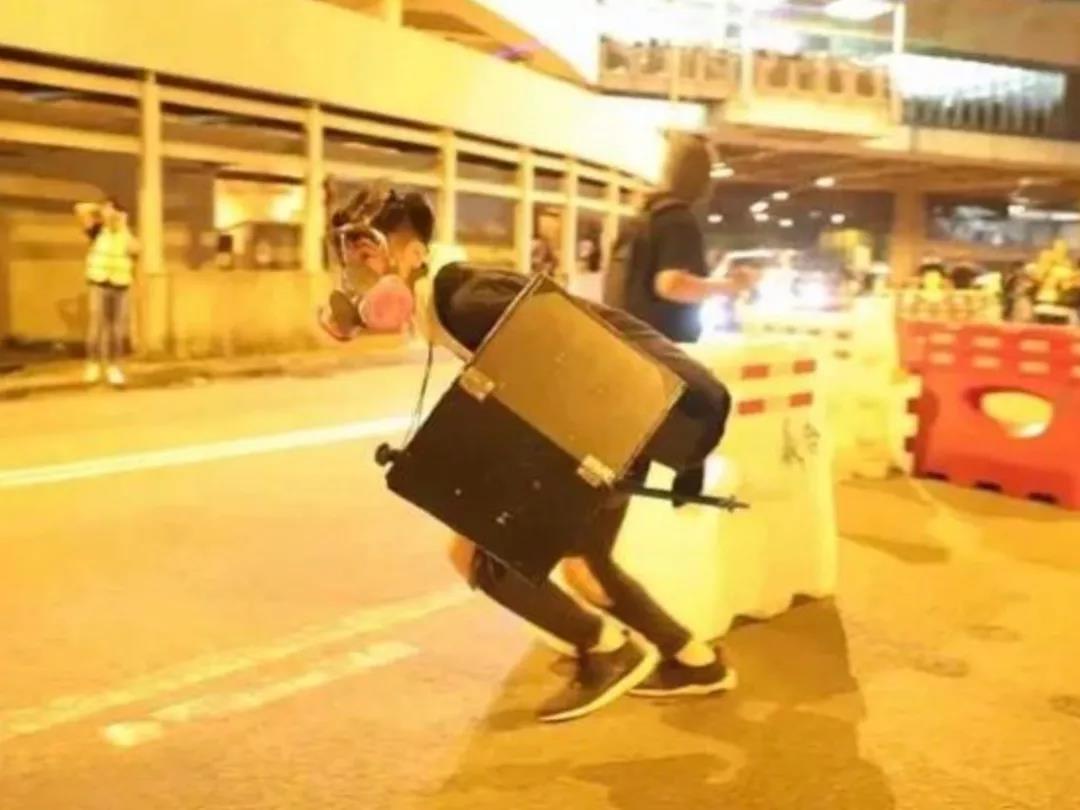 Protesters then occupied the junction nearby, damaging guardrails and using boards to set up roadblocks. 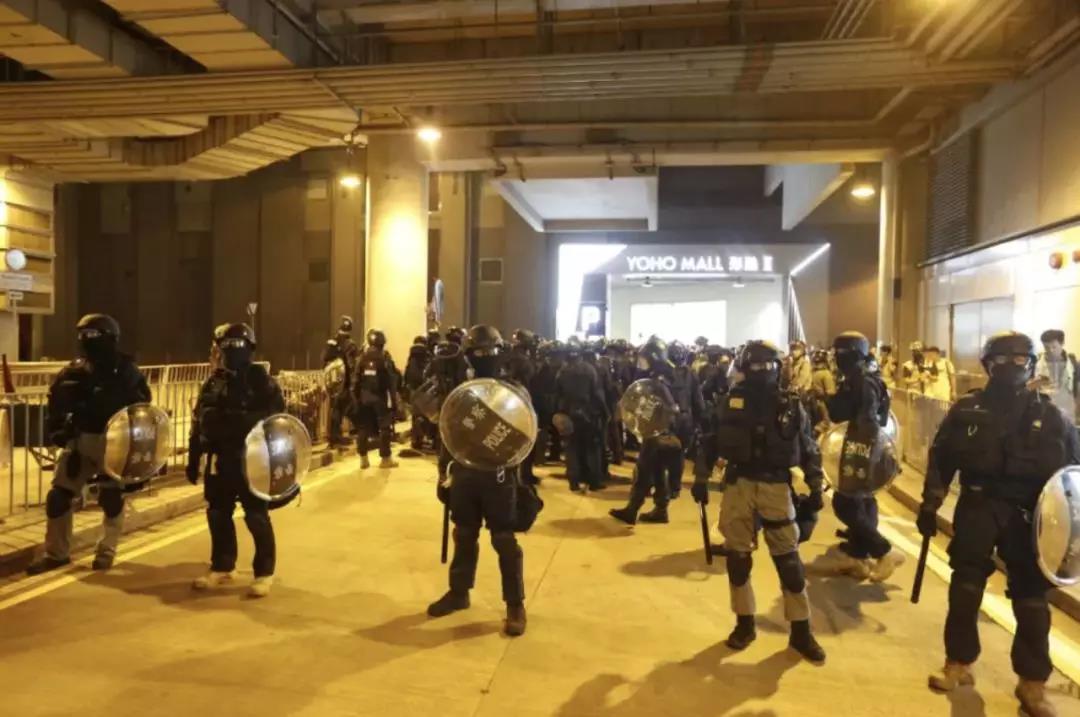 No matter how provocatively the protesters behaved, police always stayed restrained, repeatedly warning the radical protesters and scattering innocent people without firing bullets or tear gas. No fierce conflict occurred in the confrontation.

The rally turned radical after that, when rioters began to madly destroy the station lobby. They beat walls and ceilings with umbrellas and helmets, removed 10 more fire extinguishers and sprayed the lobby.

They also made roadblocks by demolishing trash cans, recycling bins, newspaper boxes, guardrails, sundries and wheelchairs inside the station. They drenched the ground with detergent, and turned on a fire hydrant to make the ground slippery. 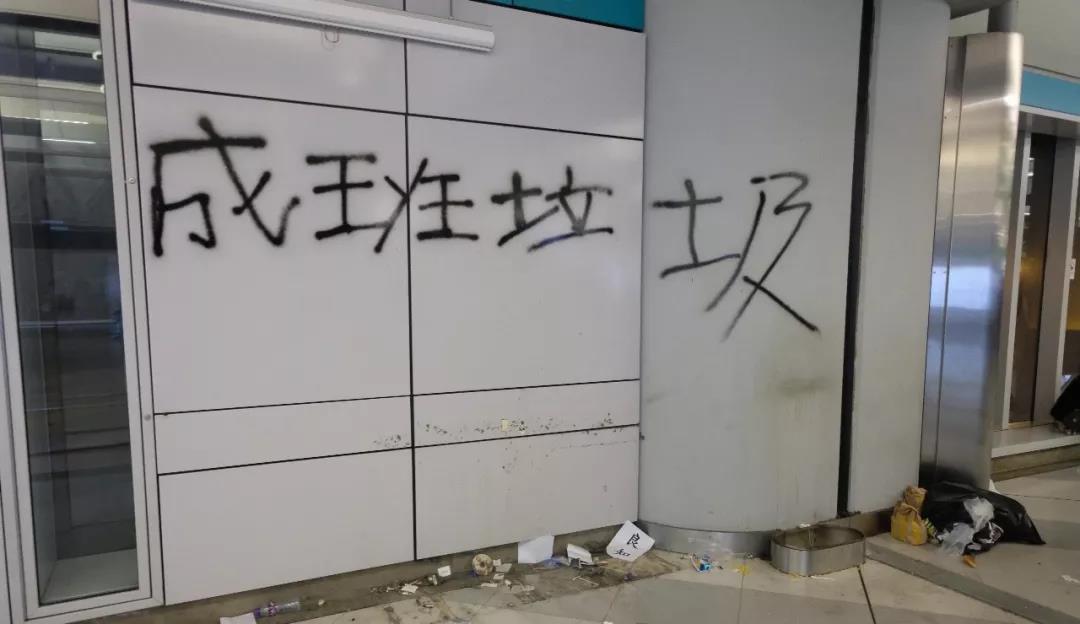 Rioters spray graffiti and destroy a subway station under the cover of white smoke after pulling down the shutters and discharging fire extinguishers. (Photo: Reference News) 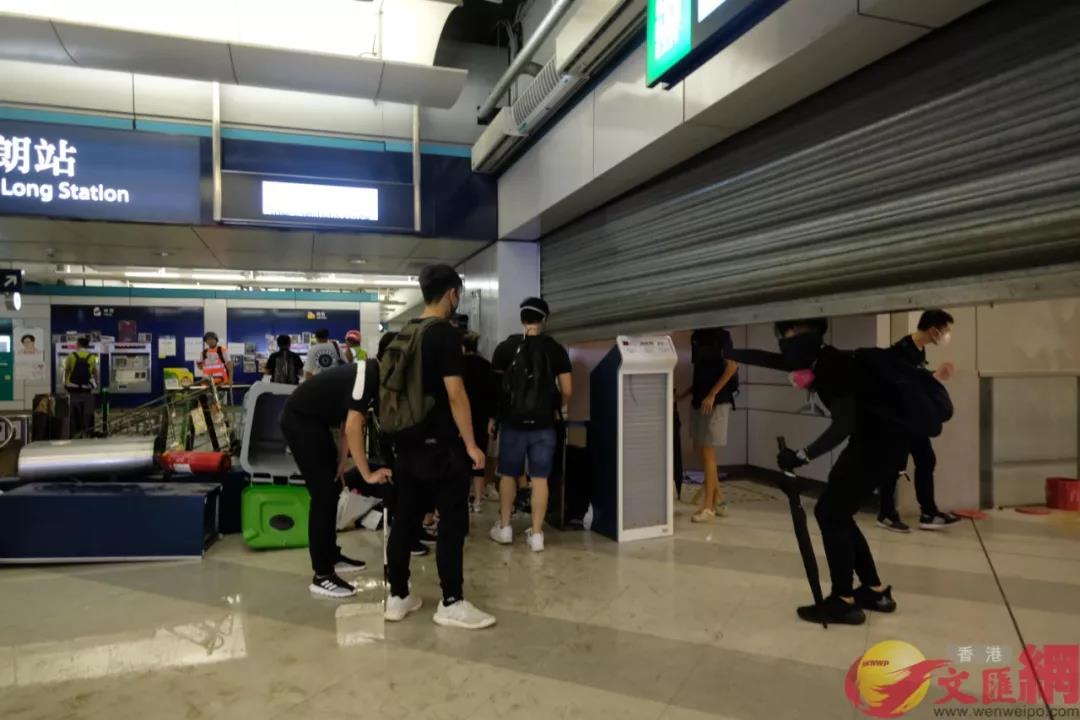 After this violent destruction of public property, rioters escaped by taking a free subway car specially offered by MTR and left a huge mess in the lobby at 11 pm. Its own station is out of order till dawn and damaged from indelible chaos.