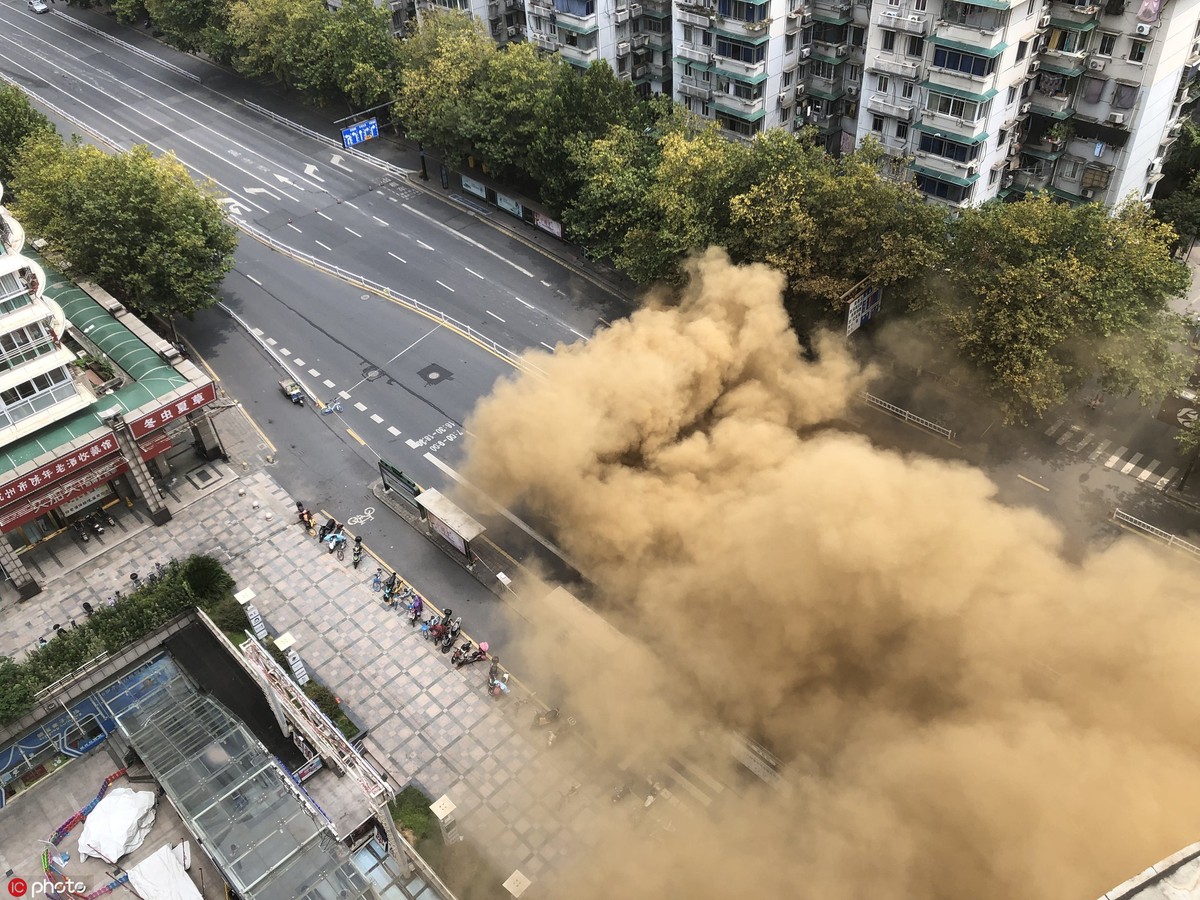 The road collapse, at the intersection of Tiyuchang Road and Jianguo North Road in Xiacheng district, happened at about 10 am and was accompanied by leakage from natural gas pipelines, according to authorities in Xiacheng district in a press release Wednesday afternoon.

Massive clouds of yellow smoke billowed into the air, with the strong smell of natural gas detected by passersby and nearby residents.

Local police, workers from the metro construction and operation company and firefighters rushed to the scene, evacuating surrounding residents and asking them to turn off the gas in their homes. Gas pipeline maintenance personnel also rushed to examine and repair the pipelines.

Residents near the site were evacuated to a nearby primary school and hotels, which can accommodate over 200 households, according to Xiacheng district government.

The local gas company has shut off the main valve for gas, and the involved roads were closed in both directions.

At least 12 concrete mixer trucks were at the scene pouring concrete into the sinkhole.

Local officials confirmed that the collapse was caused by the construction of Metro Line 5 nearby, according to information released at a news conference held by local authorities later in the afternoon.

They said water leakage occurred in the construction of the passage between Baoshanqiao Station and Jianguo Beilu Station at around 10 am, leading to the road collapse and gas leakage at about 11:15 am.