CHINA Roadside food stalls back on the menu

Roadside food stalls back on the menu 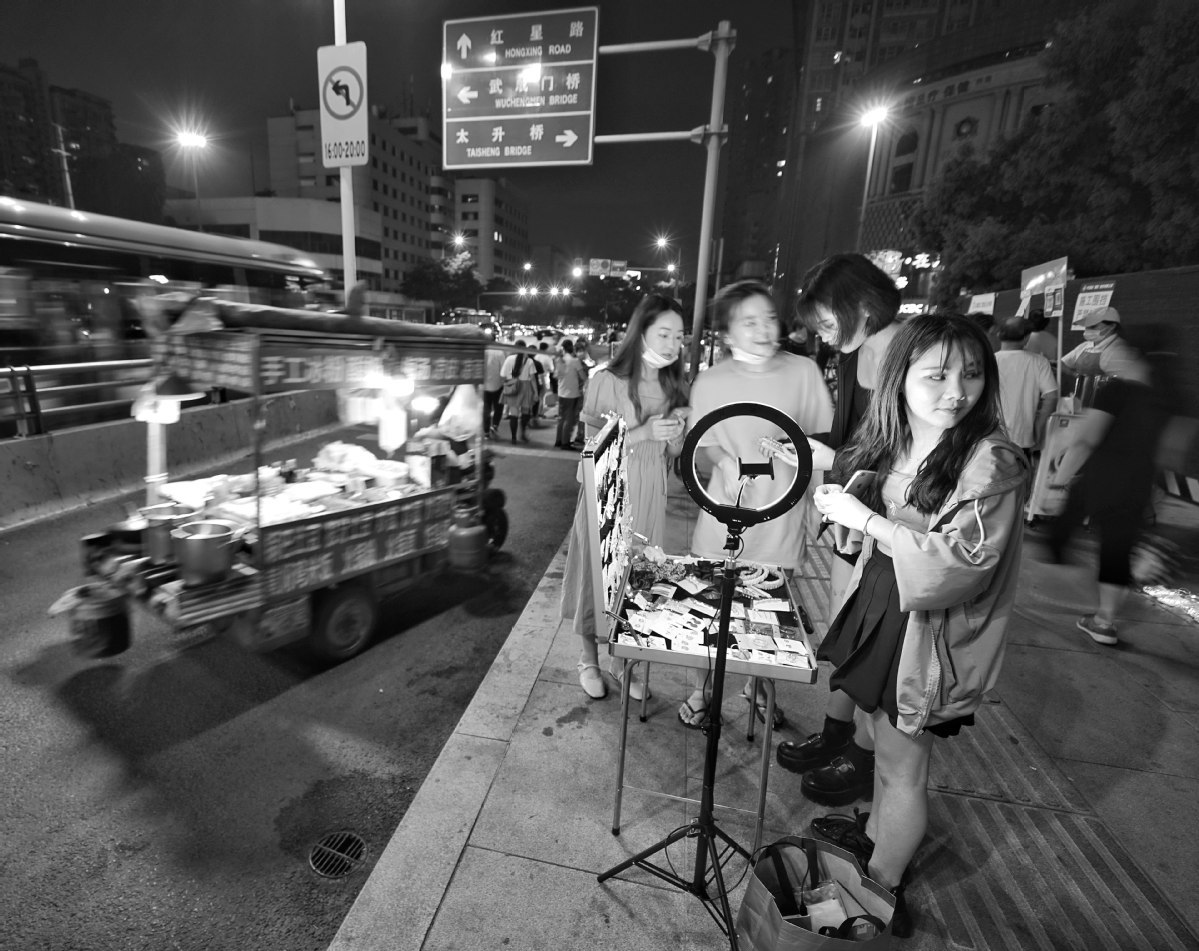 Vendors livestream a stall selling accessories at a night market while a tricycle selling snacks drives by in Chengdu, Sichuan province, on Saturday. The city has been allowing people to run businesses in designated areas on some pedestrian streets since March 15. (Photo: China Daily)

Cities around China started allowing people to set up roadside booths or food stalls on streets on a regular basis over the weekend.

The vendors had been banned to keep the cities clean, and their return is expected to help increase people's incomes and revive local economies hit hard by the novel coronavirus outbreak.

On Saturday, the cultural-ethical civilization committee office of Changchun, capital of Jilin province, announced that it would encourage and support the opening of night markets and temporarily lift a ban on roadside markets.

Night markets and food stalls can be opened in designated areas in parks, public squares and empty spaces as long as they don't interrupt traffic and local life. They also have to pass environmental protection assessments, the office said.

People are also being allowed to set up temporary roadside businesses, which were previously targeted by city administrators because they have often caused traffic jams and pollution. There will be no charge for running a business in a designated roadside area, but they must operate in an orderly manner, the office said.

It urged city administrators not to punish vendors unless absolutely necessary. Instead, they should educate the vendors about their misconduct and help them correct it.

Whether a city can effectively manage roadside businesses and vendors has been an important criteria during the evaluation process for the "Civilized City "title, but the national cultural-ethical civilization office decided to remove that criteria during this year's assessments to support the recovery of local economies, China Central Television reported on May 27.

Chengdu, capital of Sichuan province, has been allowing people to run businesses in designated areas on some pedestrian streets since March 15 in a move to boost the economy after the COVID-19 pandemic was effectively contained.

Inclusiveness and helping people when they are in need are what a civilized city should offer, he said, adding that temporarily allowing roadside businesses required higher management skills from city administrators.