CHINA Rocket debris to burn off during re-entry, has 'extremely low' chance of harms: FM

Rocket debris to burn off during re-entry, has 'extremely low' chance of harms: FM 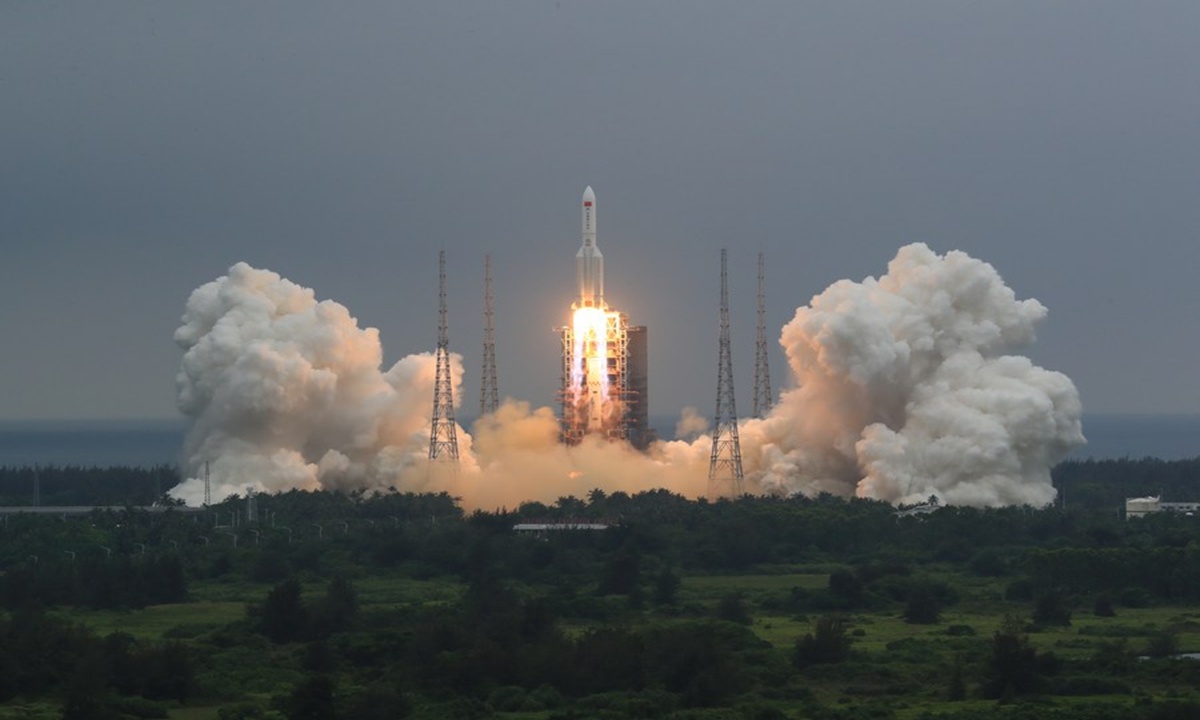 Debris of the rocket, which sent the first section of China's space station Tianhe core module into orbit on April 29, will mostly burn out when they reenter the atmosphere, meaning an "extremely low" probability of harm, ministry spokesperson Wang Wenbin said at the routine press conference.

Rocket wreckage burning on reentering the atmosphere is normal. Relevant authorities will provide timely briefings on the situation, Wang said.

Wang's remarks came at a time when both Chinese and overseas experts' analysis of the rocket debris' low risk of danger failed to stop Western media hype of a "threat."

CNN had referred to the returning parts as "out of control" wreckage, but space experts told the Global Times earlier that the concept is invented as returning parts of all spacecraft are powerless and cannot be controlled.

In Western media's standard, Space X's Falcon 9 is also out of control wreckage.

International common practice is using up or releasing the remaining fuel, battery, and high-pressure gas inside the rocket to prevent the returning debris from causing harm, which Chinese space missions have always abided by, experts said.

The lightweight alloy Long March-5B Y2 uses is easy to burn off and the environmentally friendly fuel it uses will not cause pollution, insiders said.

Song Zhongping, an aerospace expert and TV commentator, said the continuous hype regardless of insiders' clarification is the "China space threat" adopted by some Western forces. "It's an old trick used by hostile powers every time they see technological breakthroughs in China, as they are nervous."