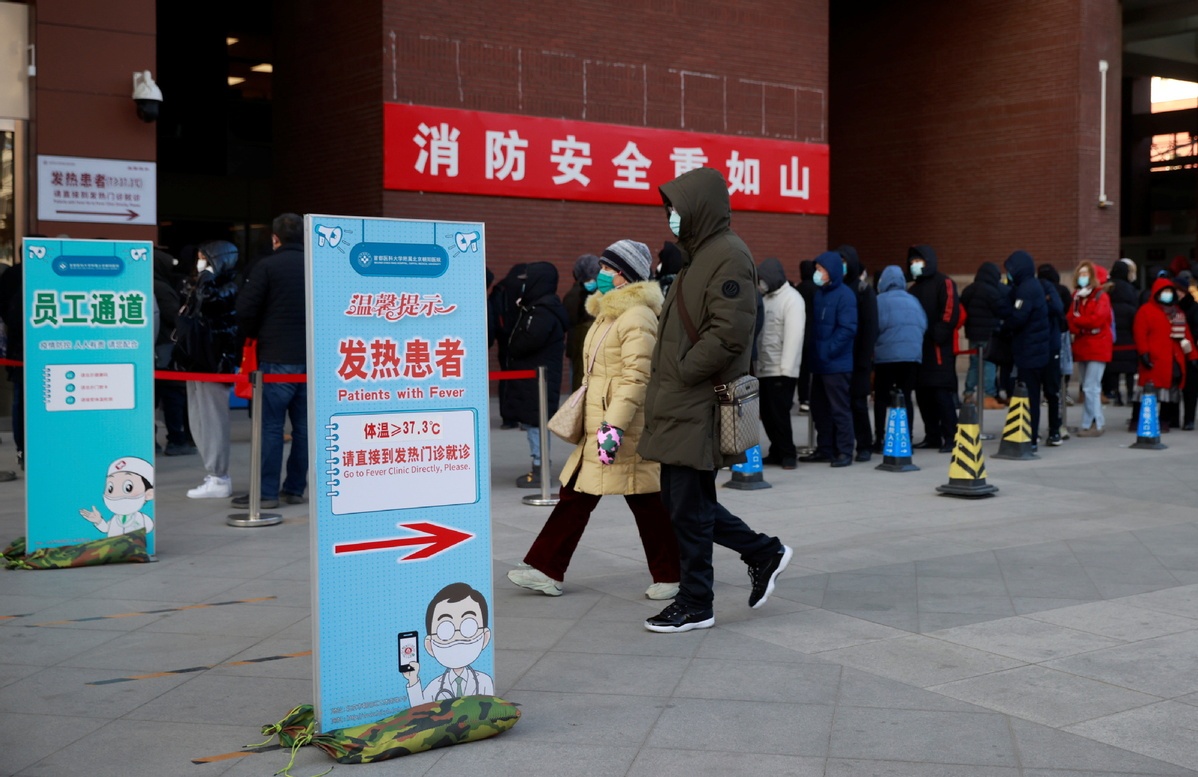 People line up to get a nucleic acid test at a hospital in Beijing, China, Jan 7, 2021. (Photo: Agencies)

A residential community in Beijing's Daxing district was designated a medium-risk area for COVID-19 epidemic control and prevention on Monday, as two new local cases were found in the area on Sunday, a senior official announced at a news conference on Monday afternoon.

The first case, a 63-year-old female, took a nucleic acid test because she planned to go out of the city on Saturday. The result came out positive on Sunday.

The other case, a 46-year-old male, received a test on Sunday as a close contact of the first case, and the result was positive.

All close contacts, totaling 43, are now under medical observation.

Han Xinxing, executive deputy head of Daxing district, said at the news conference that the residential community has been under closed management since 3 pm on Sunday.

The authority has started nucleic acid testing for people living in nearby residential communities and taken environmental samples for tests in surrounding key areas.