HANGZHOU, Sept. 20 (Xinhua) -- Zhejiang Province in east China has led the country in encouraging the use of rooftop solar systems on residential houses in efforts to massively boost environmentally friendly new energy. 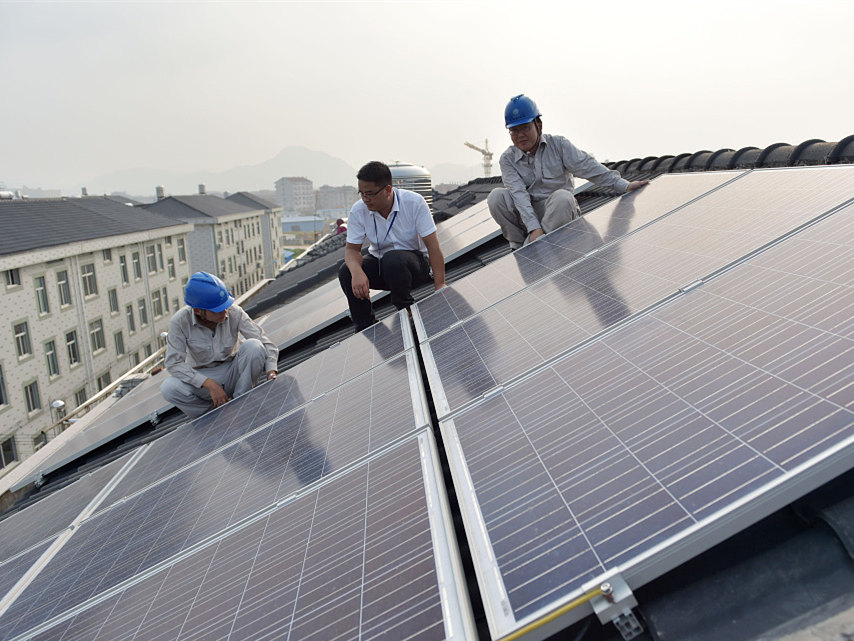 Workers are inspecting a solar power system in Jinma village, where 26 households have installed and put in use this kind of system. (Photo: VCG)

Cai Gang, deputy director of the commission, said solar energy has been designated as the main source of renewable energy in Zhejiang. It has become an effective substitute power source when electricity consumption peaks in the province.

The provincial government encouraged the use of solar energy use this year with subsidies of 0.32 yuan ($0.05) per kilowatt-hour of residential electricity generated by household solar power.

The commission said that with the incentive, in the first eight months alone, 121,000 households installed the rooftop solar system. During the same period, 572,000 kilowatts out of the province's 2.3 million-kilowatt newly installed rooftop solar power capacity were added by solar power systems installed on residential houses.

On average, the rooftop of a rural house can accommodate 12 to 22 solar squares, while urban buildings have a much larger capacity. Residents can either buy or rent the panels from local new energy firms, which provide free maintenance services.