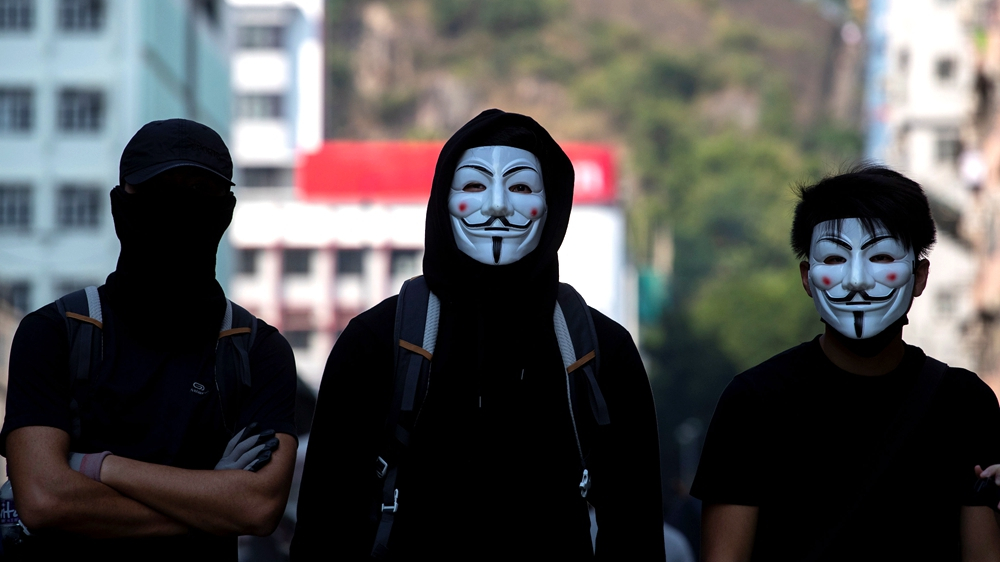 BEIJING, Oct. 5 (Xinhua) -- It is necessary for the government of China's Hong Kong Special Administrative Region (HKSAR) to establish on Friday an anti-mask law in its latest bid to end the prolonged violence, experts and overseas Chinese worldwide said.

HKSAR Chief Executive Carrie Lam confirmed that her government has invoked the power under the Emergency Regulations Ordinance and passed the Prohibition on Face Covering Regulation. The ban, designed to end violence and restore order, will come into effect on Saturday.

Hugh H. Mo, former deputy police commissioner of the New York City Police Department (NYPD), said such a move by the HKSAR government is necessary, adding that the purpose of the violent protesters in Hong Kong is to confront police, not to protest in peace, and these people would have been arrested if they were in New York.

He also noted that many U.S. states have similar laws, and so does New York City.

"A certain part of the protesters deliberately commit unlawful actions. In such a case, it is the most beneficial for them to remain anonymous," Russian political analyst Yury Svetov said.

"If you hide your face, then you understand perfectly well that what you are going to commit is something illegal," he said, adding that the covering of faces to hide rioters' identity must be forbidden by law.

Pierre Picquart, a China expert at the University of Paris VIII, said the face-covering rioters in Hong Kong have used violence to attack police, disrupted social order, and wreaked havoc on local businesses, enterprises and communities.

He also said that it is always necessary in all countries worldwide to protect government bodies, citizens and public properties, and to maintain public order.

Deng Zhuting, president of London Chinatown Chinese Association, said he firmly supports such a legislation, and believes that the HKSAR government can use the anti-mask legislation to end chaos and restore tranquility and prosperity in the city.